Chroma Cameras’ Steve Lloyd has been a busy man during the Covid pandemic.

In the past two years he has introduced the SnapShot 4×5 for large-format photographers who want to shoot on the hoof, the modular 679 camera and the 35mm Cube for pinhole enthusiasts.

Now he’s unveiled a completely new medium-format camera system for those wanting to shoot 6×6, 6×9 and even 6×12 format.

The new cameras are called the Six9 and the Six12, and he has given Kosmo Foto exclusive details on the new camera – as well as an exciting new project for an electronic camera shutter.

“After releasing my 679 multi-format system in November 2020, along with there being several other similar systems from different manufacturers, I’ve spoken to quite a few people who’ve said that it’s getting harder to find good condition Mamiya Press 6×9 roll film holders to build systems around, and they would love a new option instead.

“Over the last six months I’ve been working on a few different solutions, including my own modular 6×12 roll film holder for the 679 and Graflok systems, but I kept coming back to a more integrated solution. Whilst I love the modular nature of the 679, sometimes I want to keep it more traditional, with an SLR-style body and flexible lens choice, which is where my new camera comes in. 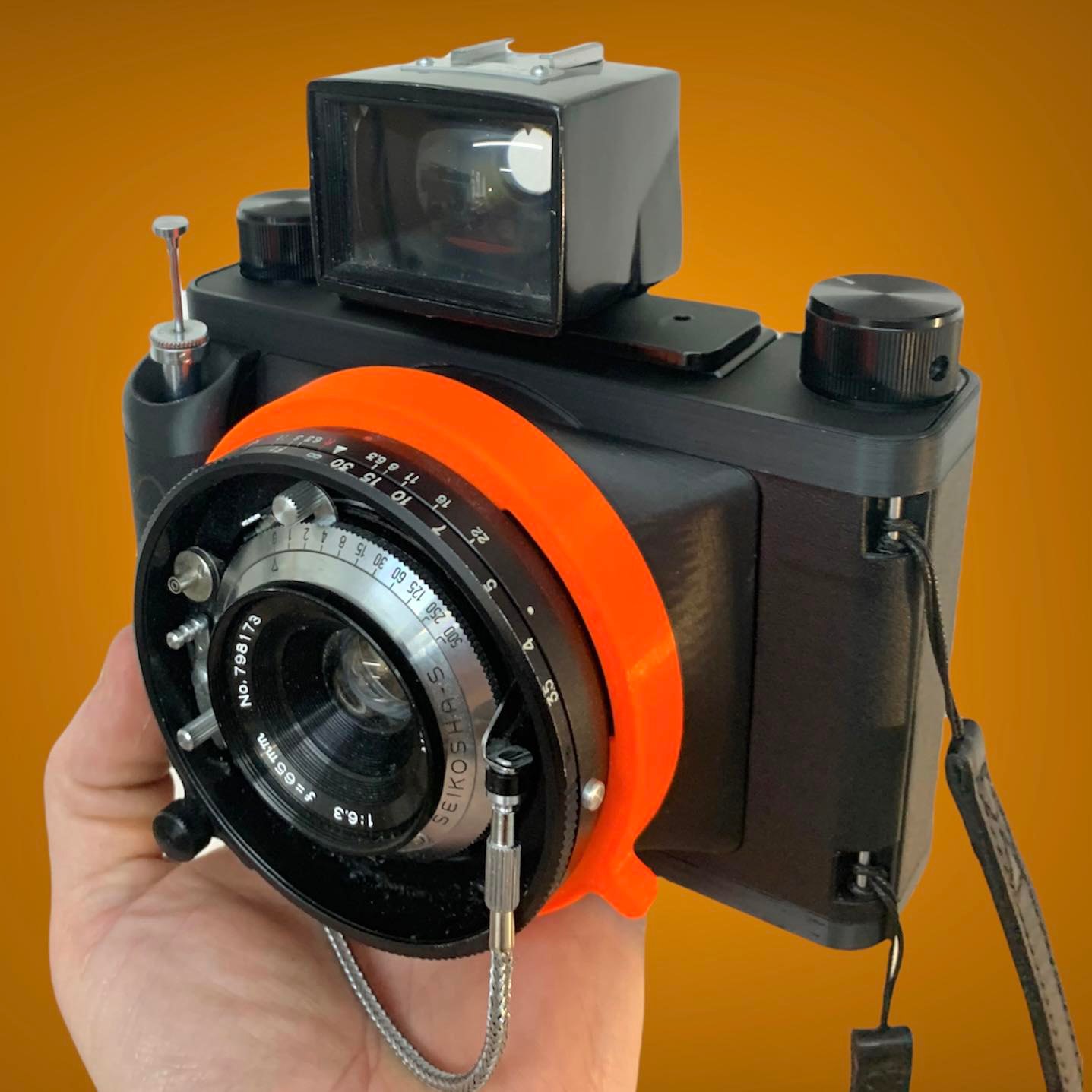 “There are two models of my new camera. One is a native 6×9 format (with magnetic inserts for 6×6), and the other is 6×12 format natively (with inserts for both 6×6 and 6×9). They both share the same interchangeable magnetic lens cone design, integrated grip, dual cold shoes, and removable rear half, which allows for considerably simpler film loading than other OEM roll film holders.

“The 6×9 format camera has two rear windows for frame spacing, and the 6×12 camera has three. Film is wound on using machined metal knobs on the top plate, allowing for both double exposures and precise frame spacing.”

He says the new camera has arrived after many months of tweaking. 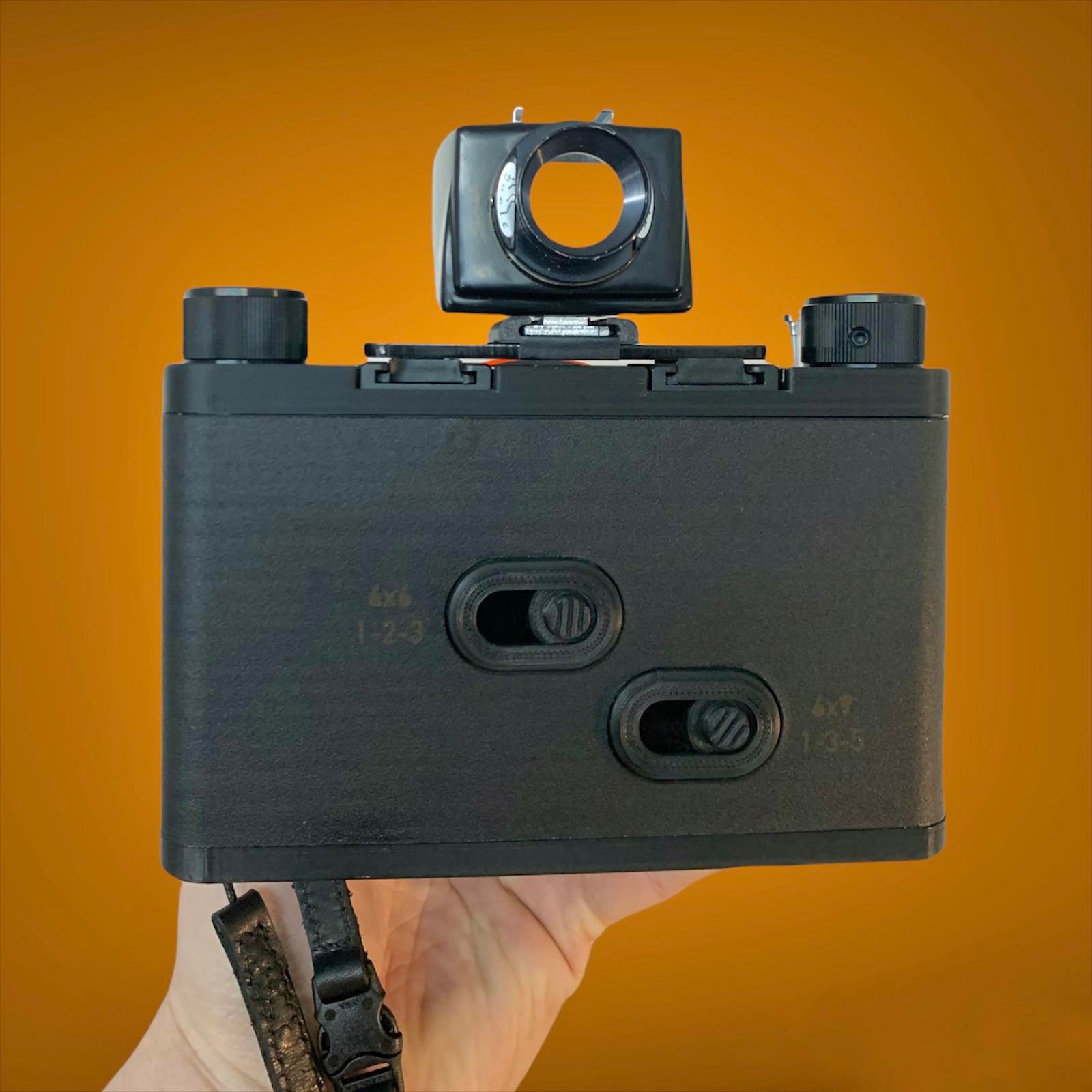 “Looking in my drawer full of beta builds (I have a lot of build ideas going on at any one time!), I can see that I’ve gone through five design iterations to get to where I am now. The original model had the same hinged rear door as the Cube. However, I found that the much larger door felt a little less secure than the pocket-sized Cube, so I moved on to a fully removable rear body, similar in principle to a Rollei 35, just larger!

“By having the entire rear body slide away, along with a hinged pressure plate, film loading is very simple so can be done when outside using the camera. There is a hole running through the integrated grip for a cable release, along with a rebate at the bottom of the body, allowing for the cable release to stay attached to the lens while removing the rear body. There is also an integrated strap mounting bar on the left side of both cameras, which is designed to work with a selection of camera straps.”

He says he has been working on making a number of lens mounts compatible with the new camera. “At the moment, I’ve designed lens cones for the Schneider 47/5.6, 75/5.6 and 90/6.8, along with a Mamiya Press lens mount, which uses a rotating locking ring, allowing for Press lenses to be swapped without any tools. I use the same rotating ring locking method on my current 679 “Chromapress” system. Each lens cone comes with the same high quality metal helicoid for focusing that I use on my SnapShot camera, with built in focus markings. 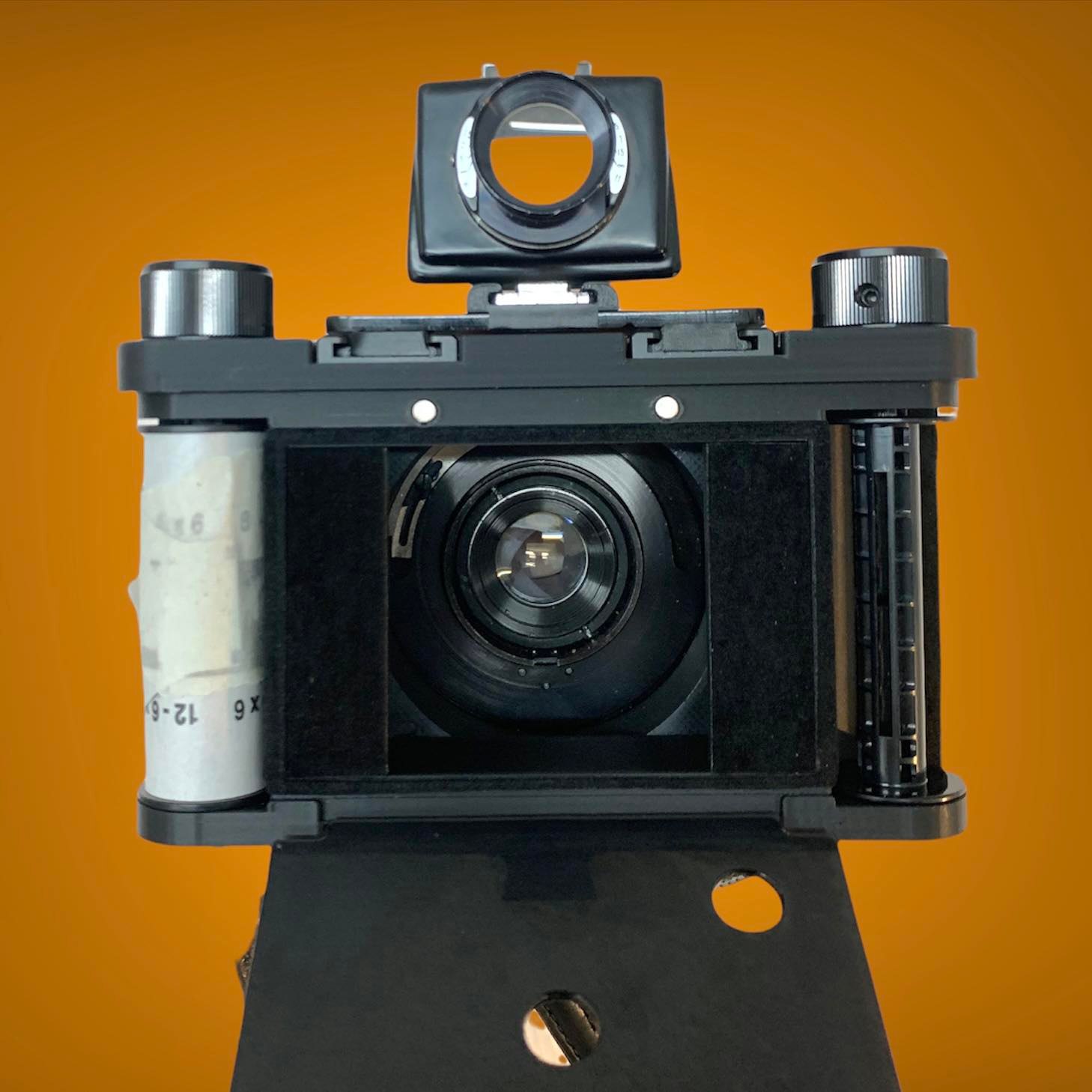 “I’m planning to add more lens cones going forwards, along with a range of basic matching cold shoe frame finders for composition. I’m also working on a stereo pinhole plate, which will give either two 645 frames, or two 6×6 frames, depending on which camera model it is mounted to.”

Steve says he has wanted to make the cameras as portable as possible so they can be used out in the field. “Assembly time for each camera, not including printing time, is around six hours. The use of larger parts, and the choice of other component materials, makes both cameras really strong, but lightweight, making them easy to carry around either in a small bag or over your shoulder. Including lenses, the 6×9 model weighs between 600g and 700g.

“I’m planning to launch both models this week, when they will be available to purchase via my website. As with all of my cameras, they will be built to order, with a lead time of six-to-eight weeks.

“The 6×9 model will be priced at £295, and the 6×12 model will be £325. They will both come with a lens cone of your choice, with additional lens cones available to order separately.”

The new camera means there are now six cameras in the Chroma Cameras stable, with the two new designs joining the Cube, the 679, the SnapShot and the Carbon Adventurer 4×5.

And this is not the end of Chroma Cameras’ 2022 plans – with the Liverpool-based camera company also announcing they are working on an entirely new large-format shutter.

“I’m hoping to launch an exciting new portable electronic large format shutter, that I’ve been working on for the last 18 months with Dave Walker. This will allow for lenses like the Aero Ektar and large traditional brass lenses to be used on any camera, something that’s been difficult before due to the requirement for separate shutters to be used. The current beta unit is delivering shutter speeds as fast as 1/320th, with a 90mm opening, meaning that it will cover many traditional lenses. It’s powered by simple AA batteries, along with an Arduino controller for very precise control.

“As well as the shutter, I’ve also been working with Jason Lane (PictorioGraphica) and Adam Scott (Dubblefilm) on another project, and we’re hoping to be able to share some more details about that very soon.”

Looks awesome! Might be a six12 in my future.