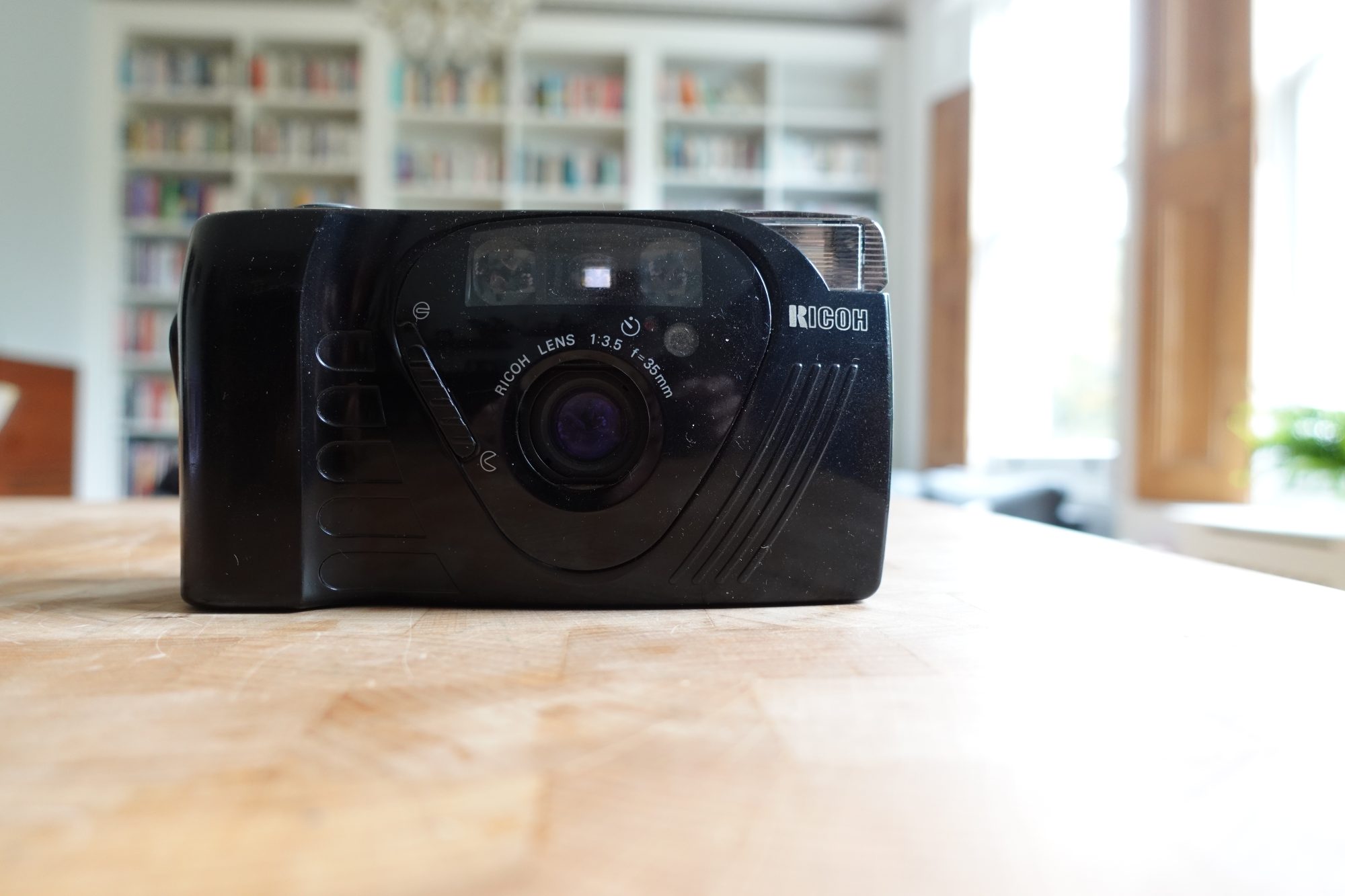 When it comes to cult compacts, the Japanese camera maker Ricoh is best known for two premium-price models – the GR-1 and GR-21.

That was only the tip of the iceberg, however. Throughout the 1970s, 80s and 90s, Ricoh produced dozens and dozens of compact cameras, from cheap no-focus budget models to high-end AF designs.

The FF family was one of Ricoh’s most successful family of compact cameras, beginning with the manual-focus, Minox-alike Ricoh FF-1 in 1978. The following models in the 1980s ditched manual focus for autofocus, wrapping it in evermore 80’s plastic-camera styling.

In 1989, however, Ricoh decided to go much more minimalist with the Ricoh FF-9.

The FF-9’s streamlined plastic body had few frills and a somewhat dour appearance, but the magic was very much on the inside.

While the FF-9’s autofocus wasn’t the most blistering on the market, the camera’s lens was nothing lens than a cracker – a 35/3.5 four-element lens with superb colour rendition, bags of contrast and a touch of dramatic vignetting. But there was even more waiting with the push of its mode button hidden on the side of the camera – including some rarely seen on a cheap compact camera.

While the price of many Instagram-famous compact cameras continues to rise, the FF-9 seems to have flown under the radar. In the UK, you can still find them for as little as £20 in working order.

In this video, Kosmo Foto takes an in-depth look at the FF-9, and takes a peek at some of its special, hidden functions…

I did not know that – thanks Alec.