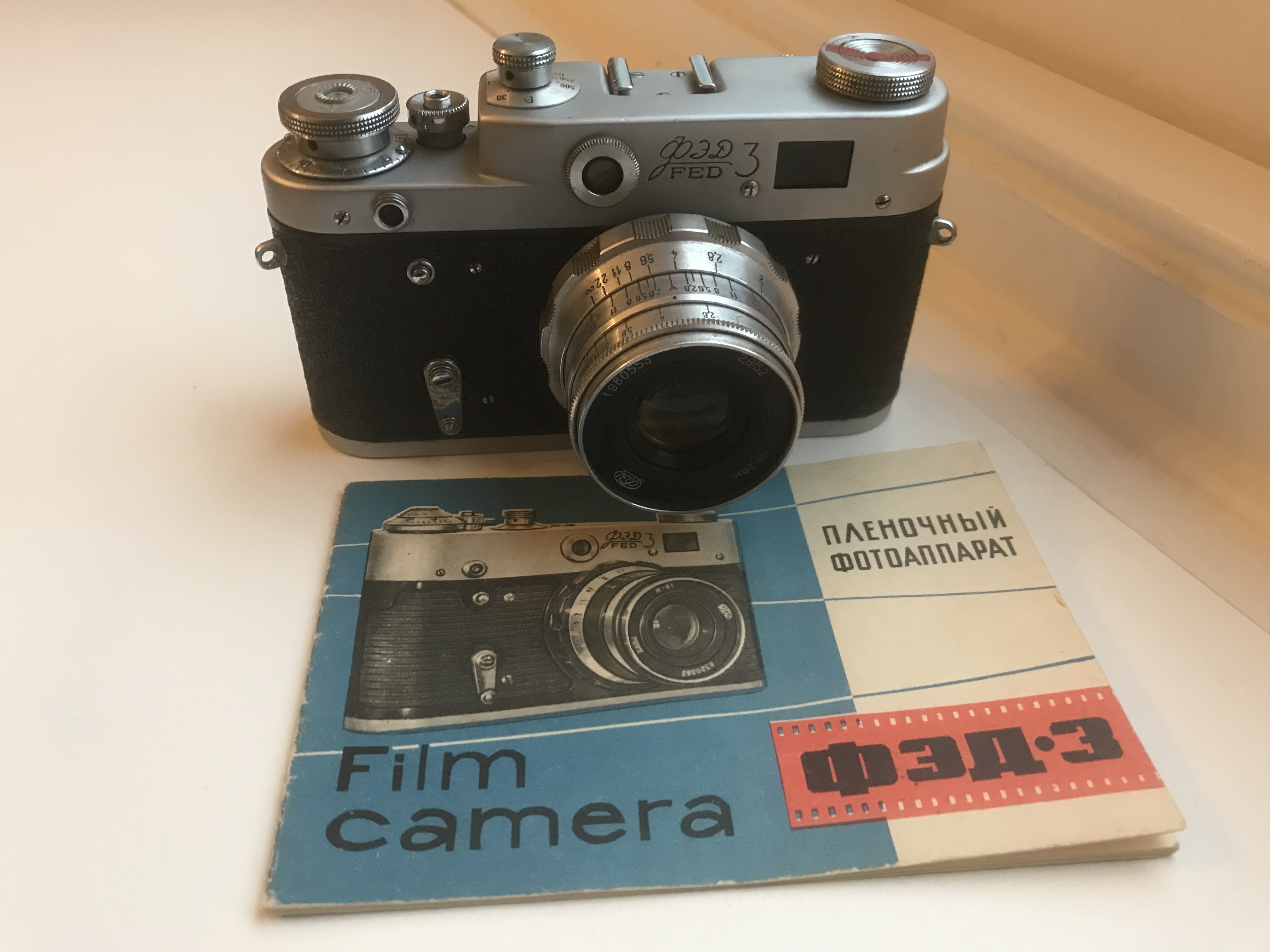 I started this blog with next to no plan, other than to document what had already been a decade’s worth of shooting on film. I already had a few dozen cameras and a Flickr account full of film pics taken on my cameras. I was nearing the end of my 30s and my love of film photography was still just as strong as when I first picked up an old Praktica and a LOMO LC-A and dived headfirst into proper film photography.

When I started Kosmo Foto film was in what looked like terminal decline. Big film players like Agfa had already collapsed. Camera makers had gone to the wall or swiftly moved over to digital designs. When I bumped into fellow photographers still luging around my film kit, chances are I’d be asked: “Are they still making film for those?”

They were, but not as much as they used to. A few months after Kosmo Foto started life (originally as Zorki Photo) Kodak pulled the plug on their slide films, citing a lack of demand. Fujifilm did the same with favourites such as Neopan. Labs and camera shops were still shutting. Smartphones were packing such impressive cameras into their slender bodies that even then people were turning away from digital cameras and shooting everything on their phone.

By this time I’d been going to the Photographica camera fair in London each May for a decade, and watching the clientele – sellers and buyers – grow steadily older. Photography magazines at the time were almost apologetic about film, treating it as an eccentric fringe.

An odd time to be starting a blog about film cameras and film photography? It felt like it. A rearguard action, perhaps. Shouting into the void might be another description.

When Kosmo Foto/Zorki Photo first started, there wasn’t the wealth of film-related blogs that we can read today. In fact, out of the major blogs only Bellamy Hunt’s Japan Camera Hunter is older. No 35mmc. No EMULSIVE. The most energised and engaged online film communities were on Flickr and LOMOgraphy, the latter having shown the bits-and-bytes digital revolution two Austrian fingers via its championing of toy cameras and expired film. Facebook’s groups were yet to take off. Instagram was already aping some of film’s idiosyncratic looks, but it hadn’t yet made Pentax 67s and Contax T2s objects of millennial desire.

When the blog began, I had no real idea of what I wanted it to be other than a place to show some of the photography I was taking and the cameras I was using. Editorially, I was making it up as I went along. It’s not a winning formula in my day job as a journalist, but for a blog, why not? If blogging feels too rigid and too much like a job, then you might be less inclined to stick with it. I was free to do whatever I wanted.

The first story where I really felt like I was creating something that I’d wanted to read as film photographer was when I wrote a review of the Zenit-E towards the end of 2012, a Soviet camera I’d been using a lot around the time Kosmo Foto started. I’ve re-written it since (people seem to like a longer review) but that definitely felt like the first time I was writing the kind of thing I was wanting to see on photography blogs.

I’m a sucker for a film camera and the Kosmo Foto collection now spans all sorts of models from obscure Soviet folding cameras to high-specs 1990s Japanese SLRs.

The nine years since has been a bit of a whirl. The blog has grown and morphed and taken on new ideas and directions as the time has passed and film photography’s community has grown. Film no longer appears to be in terminal decline; an entirely new digital generation has embraced it and its long, fascinating history.

The last half of Kosmo Foto’s life has been in a much-changed film community – brighter and more vibrant. During that time, spurred by the release of Japan Camera Hunter’s Street Pan 400 back in. 2016, Kosmo Foto also became a film brand. The first film – Mono – came out in 35mm in 2017 and in 120 in 2019. This year, just in case you didn’t see Kosmo Foto’s increasingly hysterical social media posts during the Kickstarter, we also launched our second: Agent Shadow. Manufacturing and supply chains being what they are during a global pandemic, that film won’t actually be out until 2022, but the hope is that it won’t be the only Kosmo Foto film launch of the year. (Note: Mono is out of stock at the moment but new film is being made in 2022)

The film is not the only new direction the Kosmo Foto has taken, even if it is the most high profile. Alongside Rob who runs the Instagram account London Camera Project, I’ve also started running film photography walks in London. The first of these took place at the tail end of summer in 2019, in Greenwich near where I live in south east London. The walk brought some 30 film photographers together – including a couple in for the week from San Diego and a trio who had jetted in that very morning from Rome.

The walks fairly quickly went into hibernation because of the coronavirus pandemic, but have returned when possible around lockdowns and restrictions. Corralling a gaggle of film photographers around various London landmarks (and pubs) isn’t something I’d have thought would be on my CV a few years ago, but I’m glad it is. Film photography’s not a social activity as much as a hobby, at least if you live in a big city.

Kosmo Foto’s now made the jump to YouTube too – a handful of videos for now, but many more planned in the coming months. Beyond the 50 or so cameras that seem to get the most attention, there’s a huge world of film cameras still affordable and worth shooting with. I’ve spent most of the last years with a Zenit-E budget rather than a Leica M6 one, and never felt like I was missing out on something. As the price of those few influencer-endorsed cameras continues to rise, I’m going to point the spotlight at cameras which won’t cost the Earth. Have a look, subscribe and hopefully you’ll like what you see when more videos appear on the channel in 2022.

Kosmo Foto also recently unveiled an online camera shop, the first step in something really exciting we hope to develop over the course of 2022. (A note for London readers: this won’t be a bricks-and-mortar camera store, I’m sorry to say.) I film test every camera that goes in the shop and every one has a 90-day warranty. 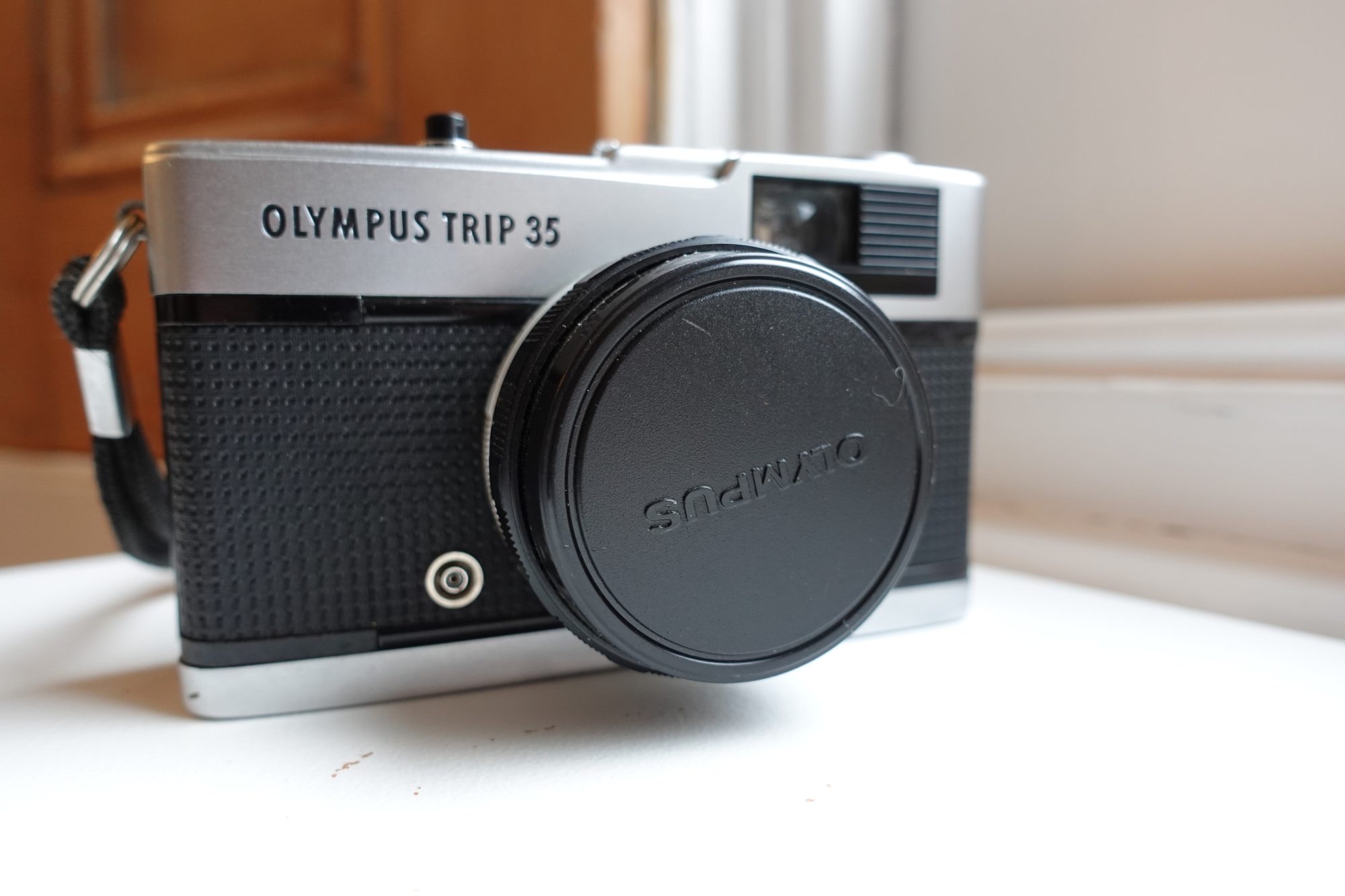 Film does seem to be on an upward curve, but challenges remain – every year seems to see bigger film producers increase the cost of film (which they need to do in order to invest), the price of popular cameras continues to rise and no major camera companies (apart from Leica) are bringing out new models. I hope that blogs like Kosmo Foto can do more than just look at film photography’s heritage and be a champion for what’s being done now to keep it viable in the 21st Century.

But you know what? I’m very much more optimistic about film’s future than I was when Kosmo Foto started its journey back at the end of 2011. Hopefully, you’ll still be reading it in another 10 years when we mark our 20th birthday.

Thanks for reading – and have a fantastic end to your year.

Happy Birthday Kosmo Foto! You inspired me for shooting film, you know that, right? In a way you were my master and I bond for film ever sinse I met you. I never loved my digital shots as much as I love every single scan from the negatives. I am sure film has a big future, so many from young generation are falling in love with film, I really wish film producers to keep going. What you do is having a great purpose, hats off Mr Dowling!

Awww, thanks! There is no better reward than inspiring the truly talented. I hope we are both toasting film’s continued success in 10 years’ time.

Happy birthday and long live to Kosmo Foto!!! It’s good to have you around on the analog scene and hope we’ll have the occasion to meet again to talk about our common passion for analog photography :)))

It was brilliant to meet you at last this year, Stephane. let’s get at least a couple in at the next Bievres!

Happy Birthday. Your articles on obscure Russian camera have most illuminating. I am a life long film fan and gave up digital photography some years ago. As a lad in the 60’s my first new camera was a Zenit B with Leningrad meter. In the past few years I managed to find replacement copies both in good condition, I also found a pristine Zorki 2. They have pride of place in my collection. I am old enough to remember the 1961 Russian Exhibition in London! So keep up the good work and I’m looking forward to receiving my Special Agent… Read more »

Thanks so much, Phil. It’s always great to read that people like the Soviet-themed stuff, it makes me feel less alone!

Happy birthday! Thank you for all the wonderful photographic adventures! Looking forward to many more years with new films and lots of amazing Kosmp Foto News! Congratulations, Stephen!

Thank you sir, meeting more of the film-loving community like yourself the last couple of years has been an absolute joy.

Congrats on 10, and on becoming one of the premeir film photo sites on the Internet! Well done!

Many thanks, Jim. Always great to have your support!