The first edition of the Hardwood cameras will number only 60, with 20 cameras made in cherry, mahogany and walnut. The camera will all come with hand-folded black bellows.

“Each camera is cut from a single piece of wood, then sanded and varnished by hand. The individual grain of each piece of wood means that every Hardwood 4×5 will be totally unique,” Intrepid said in a press release launching the range.

“The Hardwood 4×5 retains all the tried and tested features of the Intrepid 4×5 MK4 and Black Edition. The base and front standard supports are anodised aluminium for increased stability and the bellows Intrepid’s signature water-resistant nylon.” 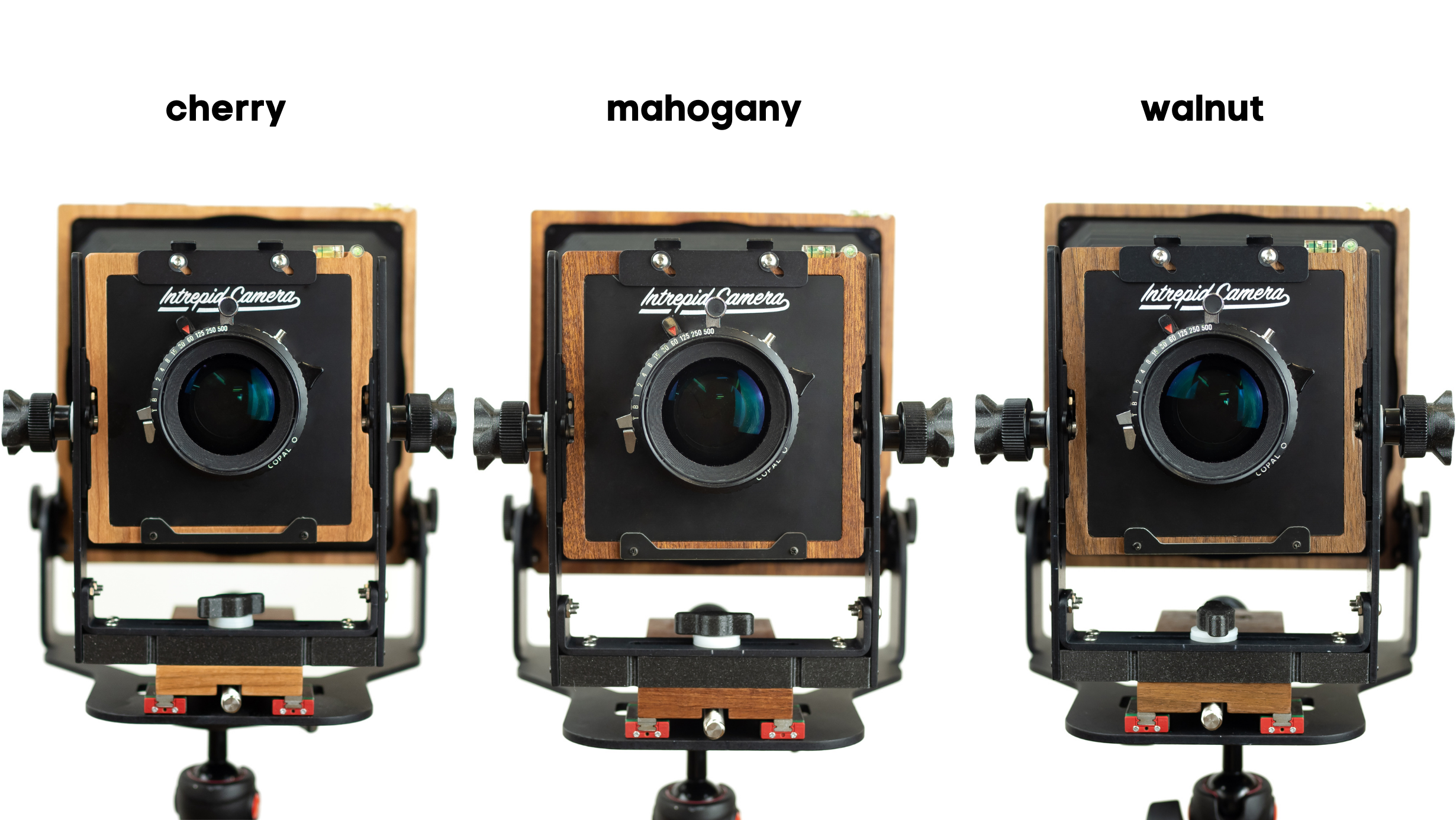 The UK-based company said the new cameras will also feature the rear control system, as well as dual front controls for rise and fall and tilt movements.

“The rear standard can be rotated 360° for fast changing of orientation, with magnets to ensure it locks properly into either portrait or landscape. As with all Intrepid field cameras the Hardwood 4×5 is super compact and lightweight at just 1.2kg.”

Intrepid said the new cameras’ rear standard is also compatible with roll film adapters (from 6×6 to 6×17), Polaroid and other instant film backs as well as the Intrepid 4×5 Enlarger as it used Graflok-style clips. The camera comes with a ground glass held in place by high-tension leaf springs which can also be removed.

The cameras cost £500 ($672/€590) and Intrepid Camera said if they prove to be popular another batch will be produced for sale in January.

The new range comes a little more than six months after the launch of the 4×5 Enlarger on Kickstarter, with the darkroom larger reaching its target in only a few minutes and going on to raise more than £269,000 in funding.