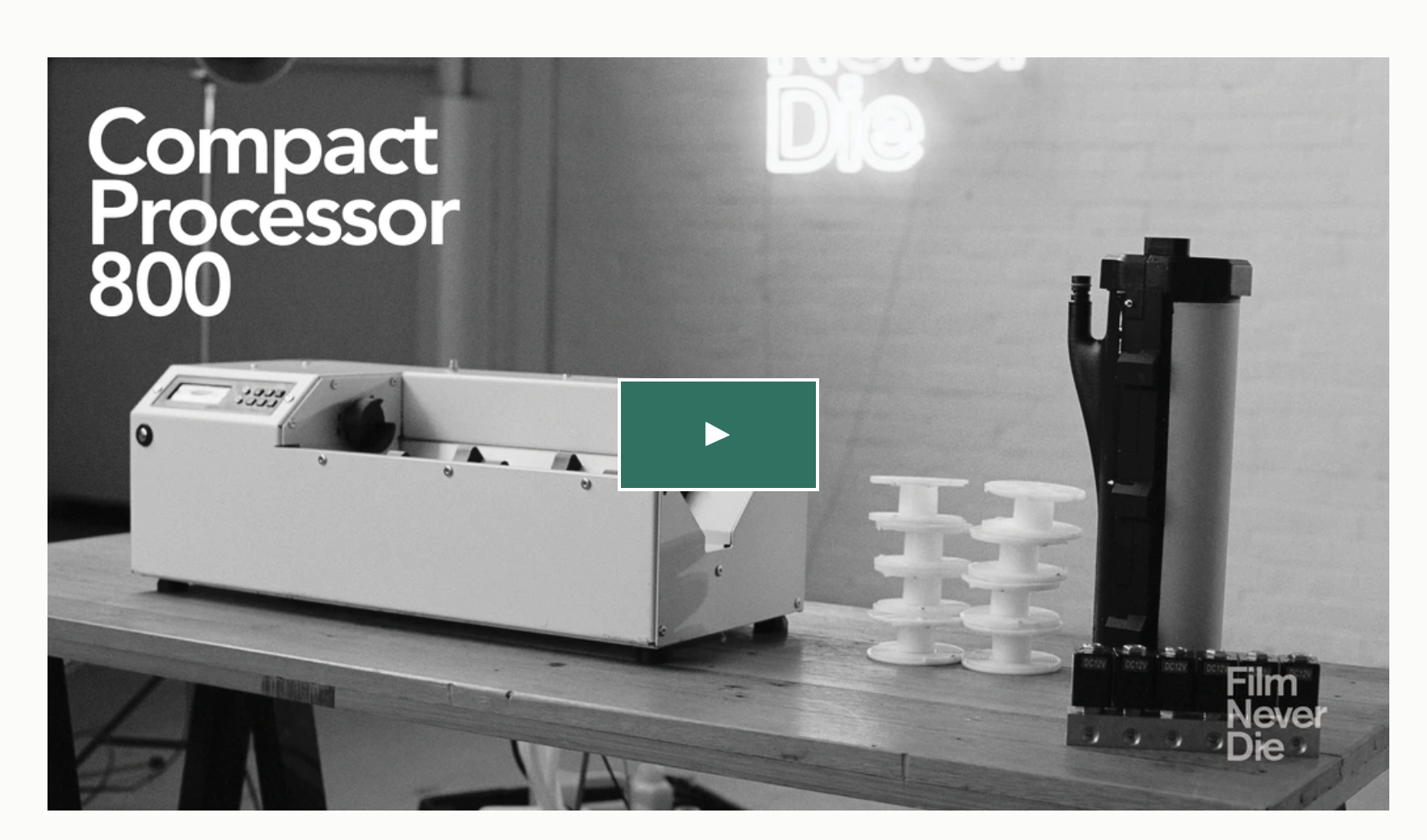 The Melbourne lab announced the Compact Processor 800 (CP800) on Friday (19 August), and says it can develop black and white, colour negative, slide and motion picture film.

The modular film processor can process up to eight rolls of 35mm or four rolls of 120 film at a time, Film Never Die says. With the early bird options sold out, the remaining pledges for a processor module and chemistry unit is AU$3,500 (£1,830/$2,495).

Film Never Die said: “We have endured the trials and tribulations of running a film lab in the 21st Century – there are simply no service technicians to call on and spare parts are thin on the ground. In fact – CP800 was first conceptualised in 2019 when our ‘faithful’ Photo-Therm Super Sidekick-4 kicked for the last time. A suitable replacement was difficult to come by, the large majority of second hand/classifieds were incomplete, untested & or harshly overpriced. Instead of rolling the dice on another obsolete processor we decided to make our very own.

“It was clear from the beginning our new processor had to be compact, adaptable, programmable and built to last.”

The processor comes with a dimmable display so that it can be used in a darkroom, and has a d-pad control panel. Film Never Die said the module can be bought either as a desktop unit (the processor and separate chemistry unit) or as a mobile unit complete with a transport frame. It is designed to be fully compatible with Paterson, AP and Jobo 1500 reels.

Film Never Die says the unit also comes with temperature control and will warn the user if there is insufficient chemicals to process the loaded rolls, on the assumption each roll will use about 125ml of developer.

The lab’s campaign also said the processor has a one-minute rinse cycle to prevent cross-contamination between chemicals, and that its “rigid sheet metal construction is designed to withstand a lifetime of wear and tear”.

The campaign is aiming to raise nearly £190,000 on the assumption it will build 100 of the units, and has raised a little more than 10% of the funding target in its first day.

Film Never Die says that if funded the first units are expected to begin shipping in February 2022.