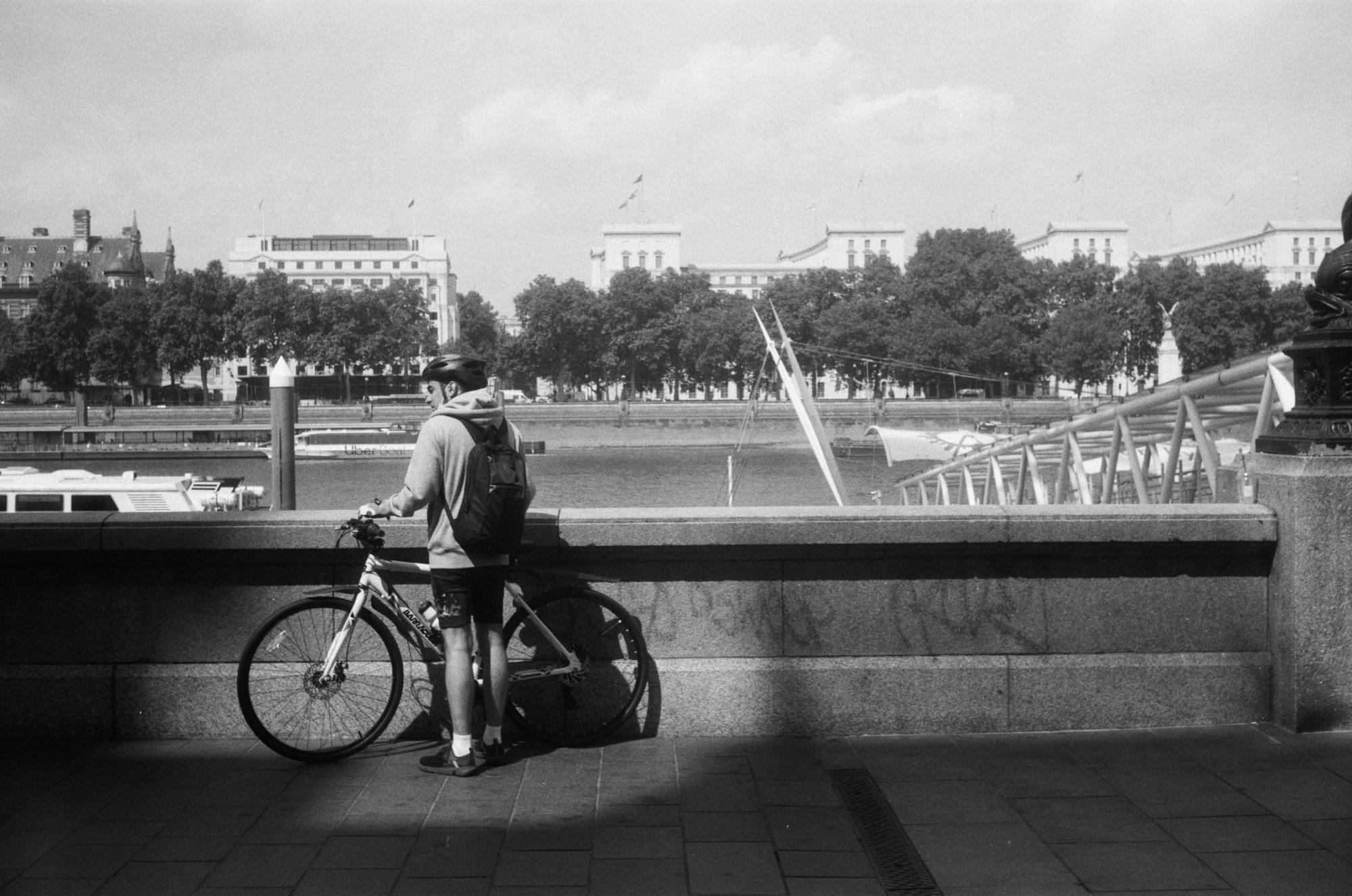 Leica rangefinders come with an almost unrivalled reputation for quality, but that reputation comes with a little problem for the ordinary film fan – cost.

Leica M-mount rangefinders remain the last high-end 35mm film marque in production (after the discontinuation of the Nikon F6 last year), handmade by Leitz at its factories in Portugal and Germany. A 30-year-old M6 can still cost you up to £2,000; the current models sell for more than twice that new (and this is before you start going down the rabbithole of collectable and limited editions). And where there are pricey bodies, there are pricey lenses…

Until recently, the only real alternatives to Leica’s own M-mount lenses were the Voigtlander-branded examples from Cosina. They are still produced, but the prices have steadily climbed since their arrival in. the early 2000s; the recent 50/1.5 aspherical lens released earlier last year has a price tag of more than £700.

The Chinese-made 7Artisans lenses do offer a cheaper alternative (though without scrimping on optical quality) but there’s an increasing range of M-mount lenses created from other designs, some of them using lenses a world away from the ultra-sharp designs which made Leicas famous.

LOMOgraphy created one such lens from the LC-A’s famous Minitar-1 back in 2015; just like on an LC-A, it had to be focused in zones rather than via the rangefinder. It now has some competition.

In June, Kosmo Foto shot a roll of film with a limited-edition M-mount lens created by Pierro Pozella, the young artist, engineer and camera repairer who runs PPP Cameras near London.

His new lens takes LOMOgraphy’s idea even in an even more old-school Soviet direction. He’s taken the T-43 lens found on LOMO’s Smena Symbol viewfinder camera, built from 1970 until the early 1990s. In the UK, vast numbers of these lenses were imported by Technical Optical Equipment, which renamed them the Cosmic Symbol.

The Smena Symbol was arguably the Rolls-Royce model in LOMO’s long family of Smena cameras, all of which featured similar 40mm lenses. Made to the Triplet formula, the lens features only three elements, the bare minimum required to get sharp imagery, according to lens experts. Though Smenas have unfairly been derided as toy cameras, the T-43 has all-glass elements. It’s essentially a scaled-down version of the lens used in LOMO’s budget-friendly TLR, the Lubitel. Though the T-43 can show some vignetting, especially when the lens is opened up closer to f/4, it is impressively sharp.

Pierro has made only 10 of these lenses, all of which are sold with a bespoke viewfinder which fits into the camera’s hotshoe. “Each lens conversion is reconstructed by hand with every single component taken apart, cleaned, new custom components fitted, regreased, and recalibrated to perfection,” he says on the lens’s page on PPP Cameras. The lens isn’t rangefinder-coupled, which means you can’t see if the focus is correct in the Leica’s own rangefinder. But if you’ve ever shot with a Smena, this won’t be a problem; LOMO’s designers marked the T-43 with cartoons depending on the distance, from a single figure for a portrait (one metre) to a brutalist skyscraper and forest (10m/30ft).

I met Pierro one morning on London’s South Bank, a traditional spot for photographers. I don’t own a Leica M-mount camera (I had a FED and Zorki budget when the film bug first bit – Leicas were a bit too far above my pay grade). Pierro has used as many of the original part as possible, adding 3d-printed parts where needed. The Smena’s lens is of course mostly plastic (though not the lens elements itself, remember) Pierro has wrapped the 3D-printed parts in a layer of leatherette to give the lens a little more of a premium feel.

Hamish Gill from 35mmc has done a little more investigation into what’s going on under this leatherette hood (he’s much more of a Leica expert than I). Essentially, Pierro has grafted a Leica screw-to M adaptor underneath the T-43. Smenas did not have interchangeable lenses so there’s less complication trying to marry this arrangement to an original mount.

Pierro had bought along one of his Leica M6s (repainted in safari green for extra Leicanaut vibes), along with the viewfinder. The T-43’s 40mm focal length puts it in that sweet spot between wide-angle and standard focal length (the Leica CL rangefinder was paired with a 40mm lens when it first came out). The 3D-printed external viewfinder is really well constructed, with frame lines matches to the lens’s focal length. I loaded the M6 with a roll of Kosmo Foto Mono and spent the rest of the day snapping away with this Cosmic creation.

The Smena’s idiosyncracies are perhaps a little less of a jump into the deep end for me than some; I’m a Soviet camera nut and have several Smena cameras, including the Cosmic Symbol. It’s one of my favourite viewfinder cameras, partly because of the fantastic results you can get from its lens. So while I wasn’t exactly in the dark about what this lens might achieve, I was still very pleasantly surprised with the results that came back a few days later.

Soviet lenses have a reputation for dramatic swirly bokeh, but that’s not as visible on the T-43 as it is on lenses such as the Helios-44 or the Jupiter-9. The T-43 underwent refinement over the years (it first appeared on the Smena-6 compact camera in the mid-1960s) but was never more than single-coated. Despite that, it’s not a particularly flare-prone lens, at least in my experience. Shoot with a contrasty film and it can really sing.

One quirk with the T-43 compared to most other lens is the aperture control. On the Smena Symbol this was tied to analogue exposure meter, which matched aperture and shutter speed to weather conditions, set via the film speed – you set film speed, that corresponds to a set aperture, and you move the weather symbols on the top of the lens mount to match the conditions you’re in. These symbols are matched to shutter speeds on the bottom of the lens mount. It’s all easily over-ridden but works surprisingly well.

Pierro’s conversions come without all this mechanical interaction, meaning that they’ll shoot a lot faster than the 1/250th maximum of the Smena Symbol. Just bear in mind, if you want to change apertures, you’ll need to do it on the front of the lens.

Obviously, looking through the viewfinder allows you to confidently compose the scene but you lose in-viewfinder metering in cameras such as the M6. Having shot plenty of meterless rangefinders and SLRs like the Zenit-E with an uncoupled meter, I found this less of an issue. In older Leica cameras, the rangefinder and viewfinder were uncoupled; you needed an accessory viewfinder in the hotshoe and would change from finder to finder for focusing or composing. If you’re using this lens on a digital Leica, be prepared for a little steeper learning curve.

Pierro and I wended our way along the South Bank to Vauxhall, up to Victoria and along Hyde Park into Fitzrovia. Enough time for me to finish the roll of Mono with, I hope,  enough variety to show the lens’s abilities in different light. 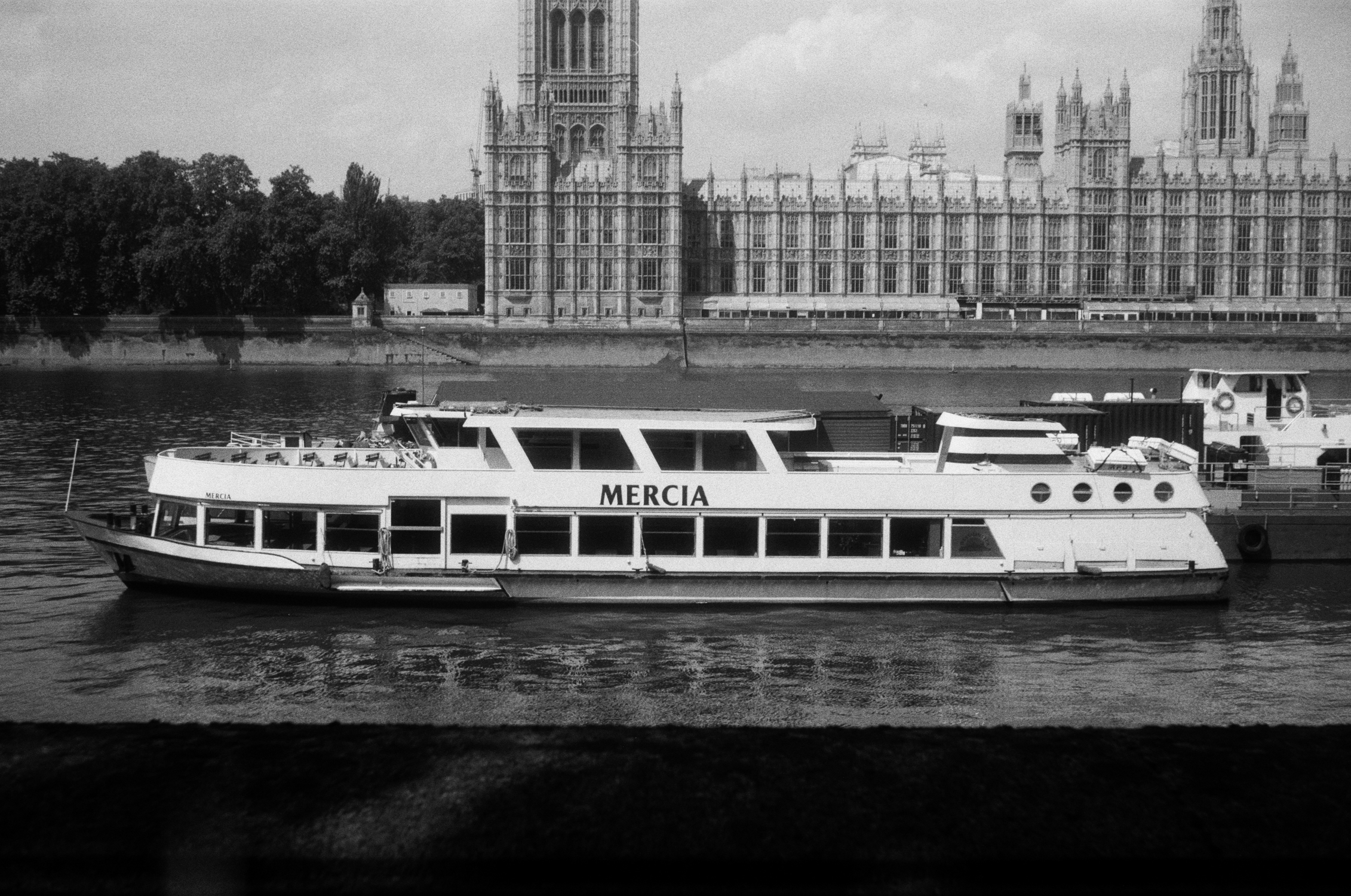 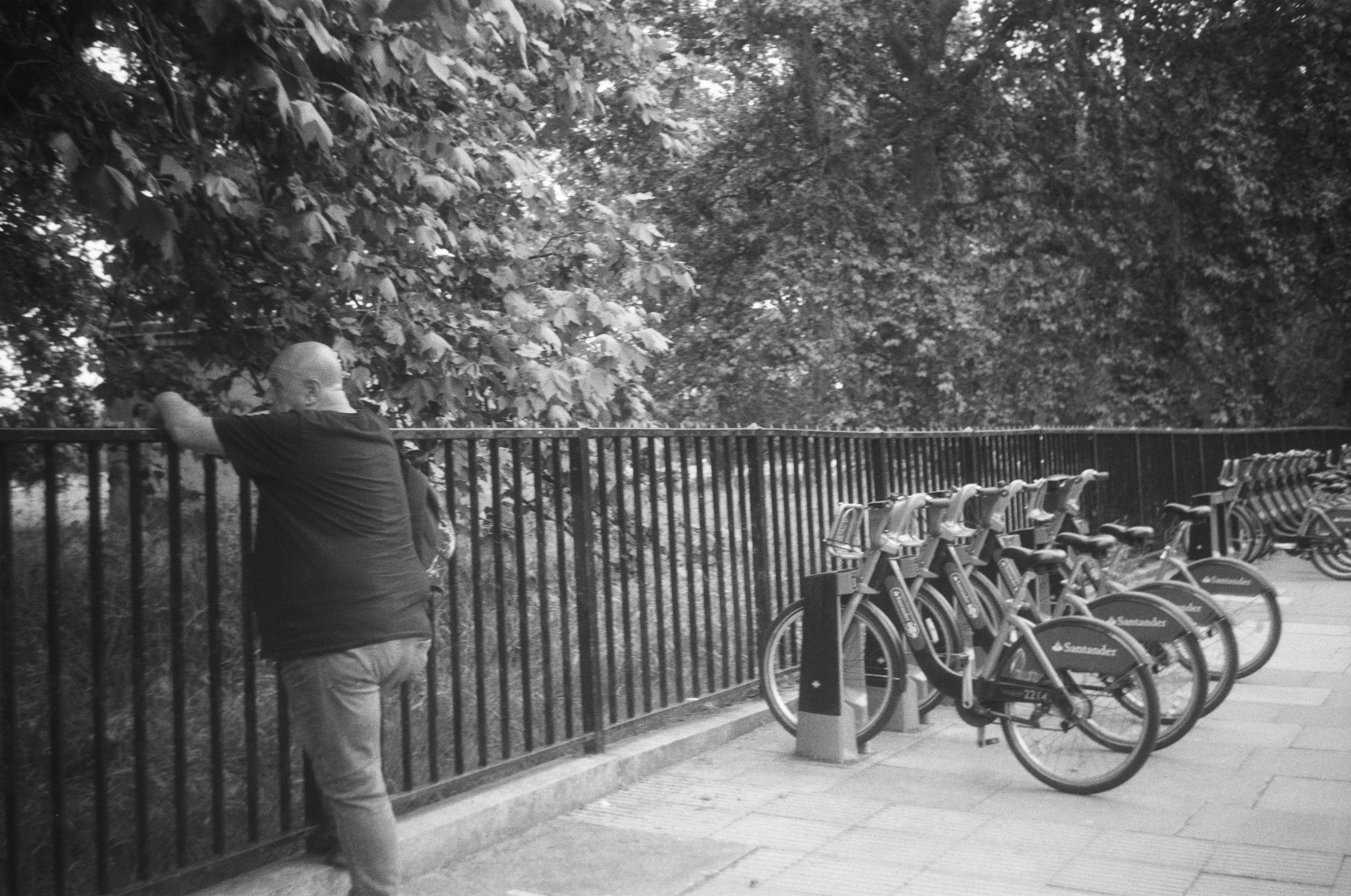 Leica M-mount conversions are a growing industry, and have a double effect – they bring new lenses to one of the most hyped camera lines, but can also bring new appreciation to cameras that might have flown under the radar. It won’t be a bad thing if projects like this bring a new audience to cameras like the Smena Symbol, which can still be had in working condition for less than £20.