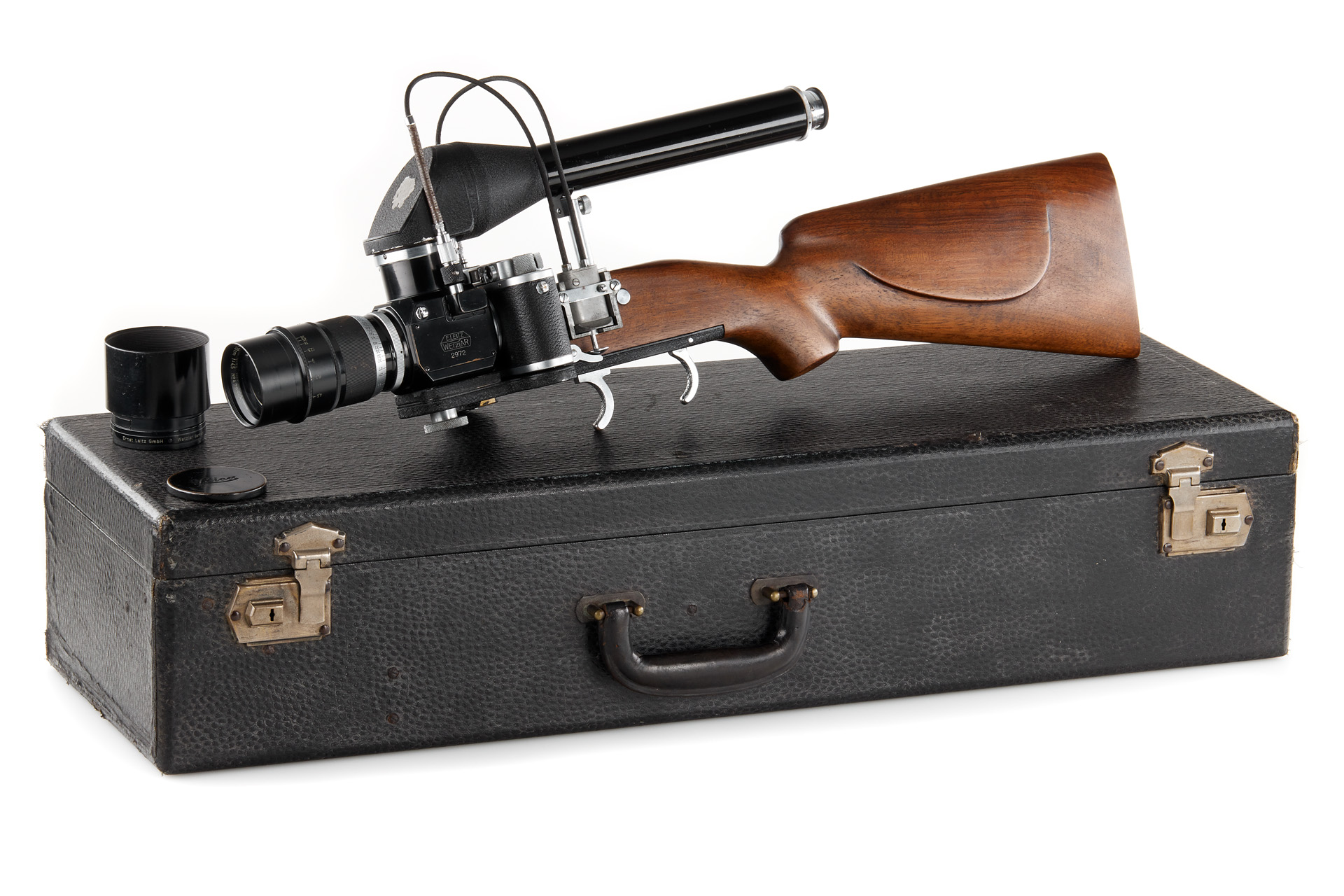 The modified Leica IIIa camera has an SLR-style viewing prism and is mounted on a gunstock with a Telyt 22/4.5 telephoto lens. The camera is one of only a handful – perhaps 12 or 14 – produced in New York between 1938 and 1939.

The Leitz Auction’s listing said: “E Leitz, Inc. New York developed the ‘Leica Gun Rifle’ from 1935 to 1937, inspired by Attilio Gatti, the well-known wildlife photographer, and introduced it to the public in July 1938 under the code word ‘Rifle’. The production time was only one year, from 1938 to 1939.

“Many authors estimate the number of ‘rifles’ ever produced differently. PH van Hasbroeck assumes only six pieces produced, JL Lager on the other hand 12. We are considering a number of 12-14 ‘rifles’, today distributed across collections worldwide, as appropriate and realistic.”

Sniper-style camera outfits were briefly in vogue in the West before World war II but were much more popular in the Soviet Union, as evidenced by the long-running Fotosnaiper designs produced by KMZ.