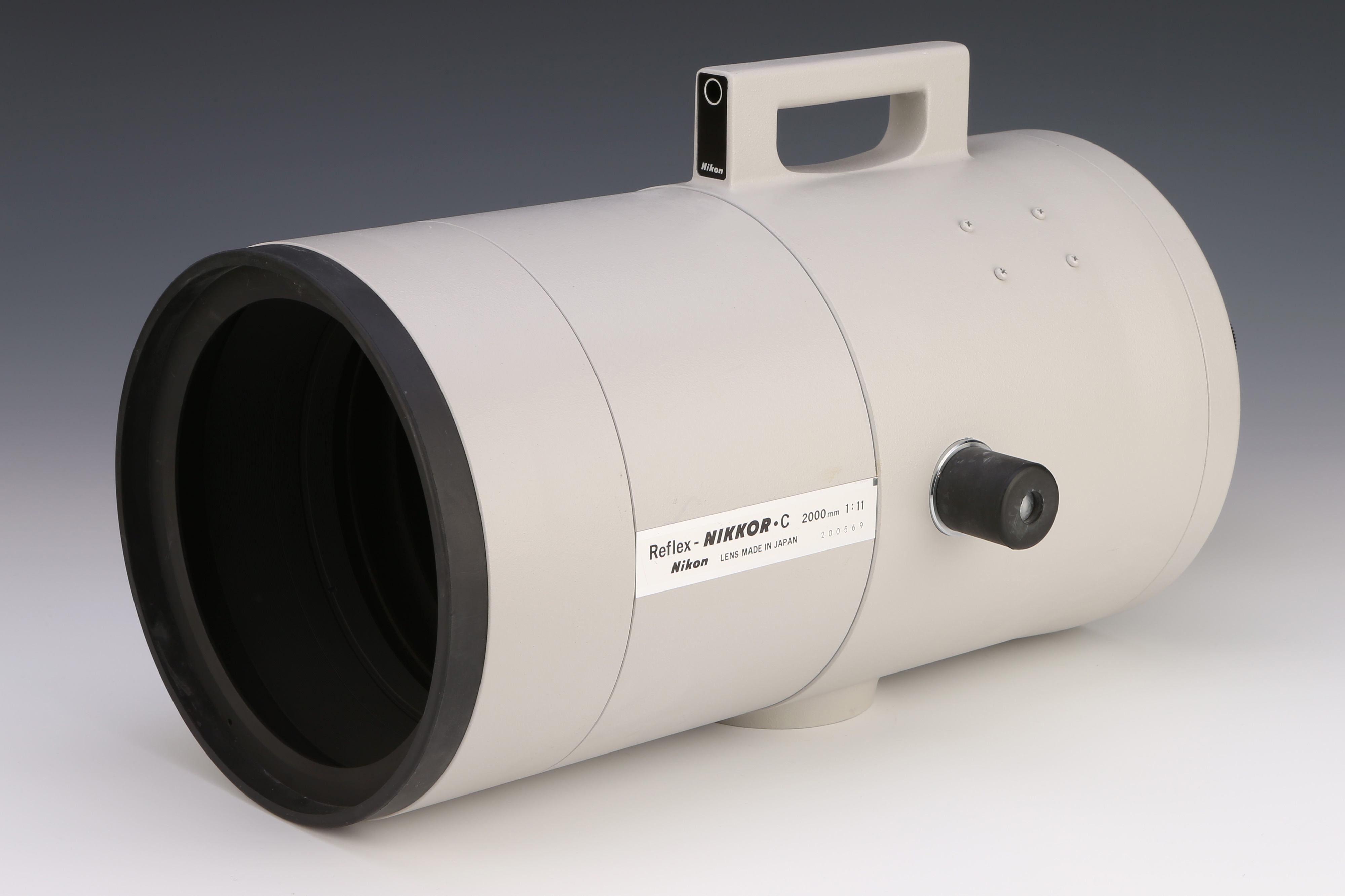 One of the most specialised Nikon SLR lenses – nearly two feet long and weighing 17.5kg (38lbs) – is going under the hammer in the UK later this month.

The Reflex-Nikkor 2000mm f/11lens is the biggest lens ever produced for Nikon 35mm SLRs, and was unveiled at Photokina in 1968 before production started in 1970.

The example being sold at Flint’s auctions in Thatcham, Berkshire has an estimate of £8,000 to £12,000 (plus a buyer’s premium of nearly 29%). It comes complete with its built in rotary L37, Y48, O56 and R60 filters. The filters are selected using a knob which rotates the filters within the lens – the front element of the lens itself measures 254mmm, far too big for external filters.

Essentially, the lens gives a 40x magnification of scenes compared to a standard 50mm lens.

The catadioptric lens, with a fixed aperture of f/11, is a rare site. One of the most recent examples to be sold was listed on eBay in December 2014 with a Buy It Now price of $32,777.

The photographica auction featuring this lens is on 19 November.

Nikon reference site Mir.com has this to say about the specialised lens, which is believed to have been produced by hand: “This is the longest reaching and the largest dimension Nikkor optical lens for 35mm photography. It works almost like an optical telescope which projects a compelling 40X magnification of the subject when compared with a normal 50mm standard lens. The 1° 10′ picture angle is another distinctive feature of the lens. This 2000mm catadioptric lens has the same fixed f/11 maximum aperture like its 1000mm counterpart which contributes to its huge dimension (262mm dia. x 598mm long (overall) for light-gathering power.

“Although most people would regard this lens as a special purpose photographic lens as its strength in its extraordinary long focal length with 1°10′ angle of view also means it can be very restrictive for general photographic application. Neither the lens is easy to carry along nor friendly to handle as its dimension and weight factor often require time-consuming setup for shooting.”

The site points out that with a 1.4 or 2X teleconverter attached (if ones exist for a lens this size), this already outsized Nikkor could be turned into a 2800mm or 4000mm lens.

It is a catadioptric lens. May as well use the correct spelling.

“Rare 2000mm Nikon lens goes under hammer this month”
Not, I hope, literally.

Have to be a bloody big hammer, James….

That’s it? Given the title I was expecting a review of this lens. What a total disappointment.

It does say it’s a news story, not a review.