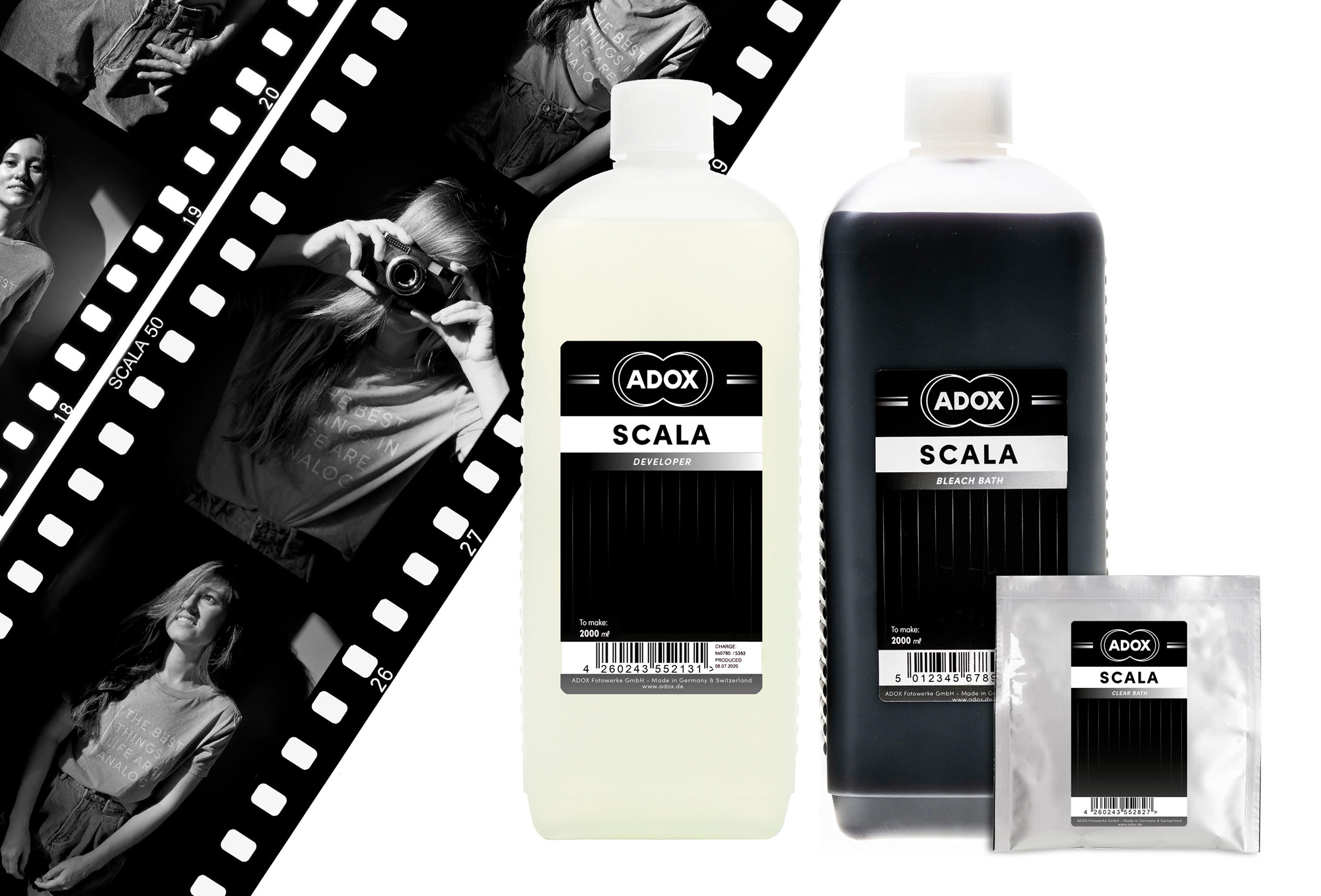 German film producer Adox has released a new two-part development kit that can turn any black-and-white film into monochrome slides – and it safe to be sent in the mail.

The Adox Scala Reversal Kit has only two parts, plus an optional clear bath stage. It will work on any currently available black-and-white films, though it is optimised for high-silver-content films such as Adox Scala 160 and CMS 20 II.

Adox said in a statement: “The ADOX innovation in the new Scala Process is the complete avoidance of dichromates and other corrosives. This is the only reversal kit which can be shipped worldwide.

“Another achievement after three years of R&D is the very stable liquid bleach. Even in diluted form it can be stored for up to eight weeks. You can really process the promised eight rolls of film with this kit, without having to fear the bleach getting exhausted before you shoot all the rolls.

“Opened, but undiluted bleach stays good for up to 16 weeks.”

Adox said the developer has a very good DMAX which leads to rich, dark blacks and has a low base fog.

“The kit can reverse ANY b&w film, but only films with an elevated silver content and a clear base will create truly beautiful slides,” Adox said.

“Most films have a grey-ish base, which means the highlights of the slides will not be very brilliant. The kit has been tailored to work perfectly with Adox SCALA films, and CMS 20 II looks great when reversed too.”