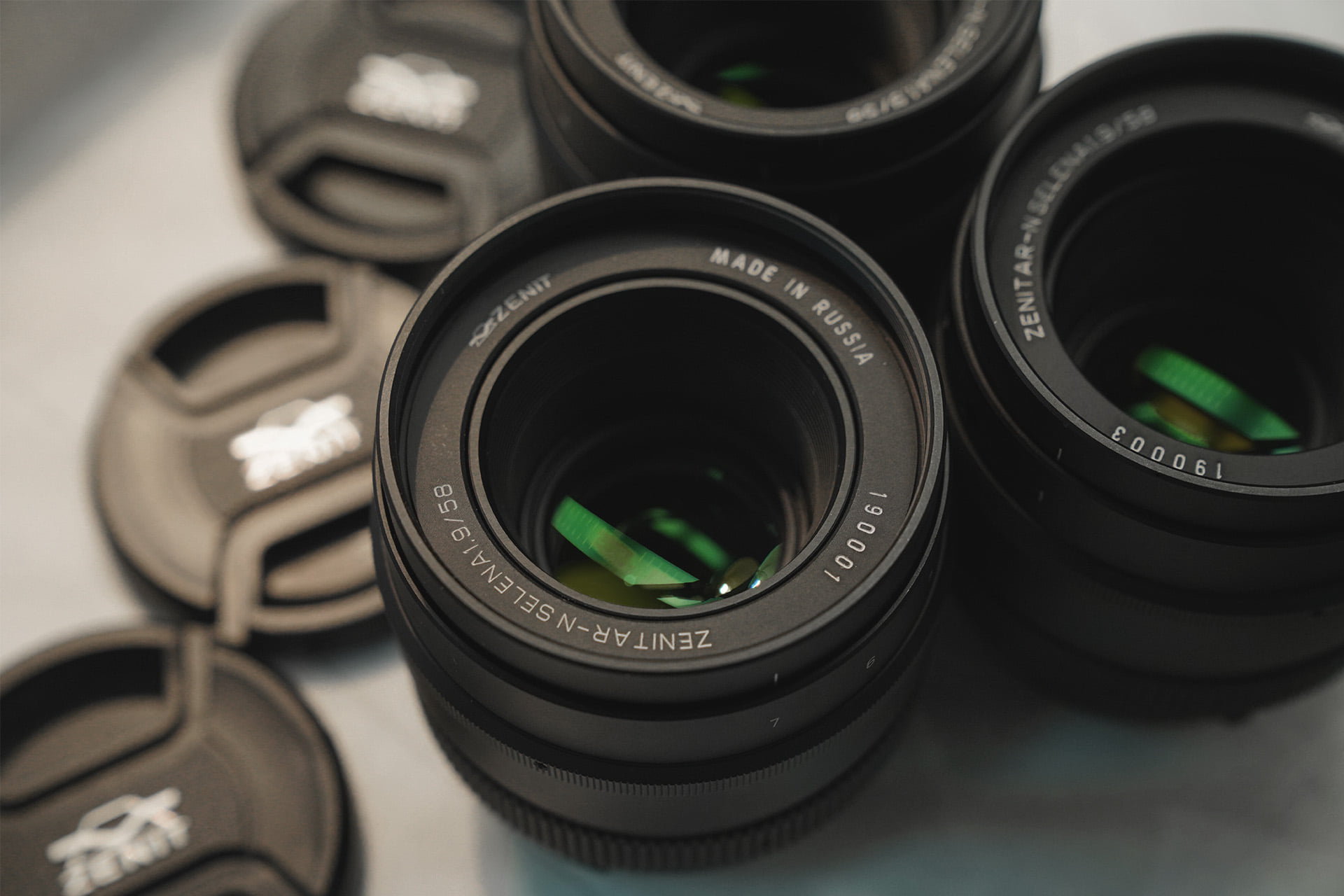 The three lenses were announced in Russian press on the weekend, and comprise the Zenitar-N 60/2.8 macro lens and Selena 58/1.9 semi-portrait lens, both apparently available in Canon EF (EOS) and Nikon F-mount.

A third lens, the Zenitar 35mm F2, has so far only been confirmed for Sony E-mount, and will be released in October, according to DIYPhotography.

The electronically-operated apertures in the lenses rule them out for operation on fully manual cameras such as the Nikon FM2, but could possibly be used on Nikon’s later F-mount SLRs such as the F100 and the F6.

The lenses will be produced in the KMZ factory in Moscow.

Russian photography website Photar.ru said on Saturday (8 August) the Selena 58/1.9 lens will be shown at the Photoforum event in Moscow in October after its release in September. It also had extra information on the lens, which is described as a “bokeh monster”.

“Bokeh is especially appreciated in art photography – this effect opens up ample opportunities for experimentation. It provides the recognisable background blur that is characteristic of creative KMZ lenses and makes them popular among modern photographers. The new model of the device is suitable for various types of photography – genres are limited only by the author’s imagination,” Photar.ro quoted Ivan Ozhgikhin, the deputy general director of Shvabe, the parent company of KMZ.

More information on which lenses are available in which lens mounts will no doubt become apparent as the lenses are released throughout the coming months. No price details have yet been released.

KMZ (Krasnogorsk Mechanisky Zavod) entered into partnership with Lomography in the last decade to re-releases some of their classic designs such as the Jupiter-3 50/1.5 standard lens, one of the most well-regarded Soviet rangefinder lenses.

They also re-released the Helios-50 85/1.5 portrait lens, another bokeh monster which was re-engineered to fit Canon EF and Nikon F-mount cameras, aswell as M42.

That 60mm f2.8 Macro seems a lot like my Laowa 60mm f2.8 2:1 macro. The Laowa is a fully manual lens and takes great shots with lovely bokeh so I won’t be updating that one. However, the 35mm f2 sounds interesting as that’s a gap in my system (for fixed focal length anyway). I’ll wait and see and, if it has 7 or more aperture blades giving a round aperture; I’m a likely buyer. My Minolta 50mm f1.4 works fine with the Sony LA-EA4 adapter so that stays and anyway, I also have the Minolta 58mm f1.2 with an MD/E… Read more »

Congratulations for your work and efforts to maintain and promote film photography. I am from Colombia and I am also trying to do whatever I can although it is a difficult task here, but not impossible. I myself use my Minox collection cameras and equipment. I only shoot BW. I also have some 35mm cameras including a Widelux F7, Nikon F, Minolta Maxuum 7000, an Olympus XA and a Rectaflex original model. I also have my darkroom with a Leitz Focomac 1c and a Minox enlarger. Keep up the good work and anything from my country, just let me know.… Read more »