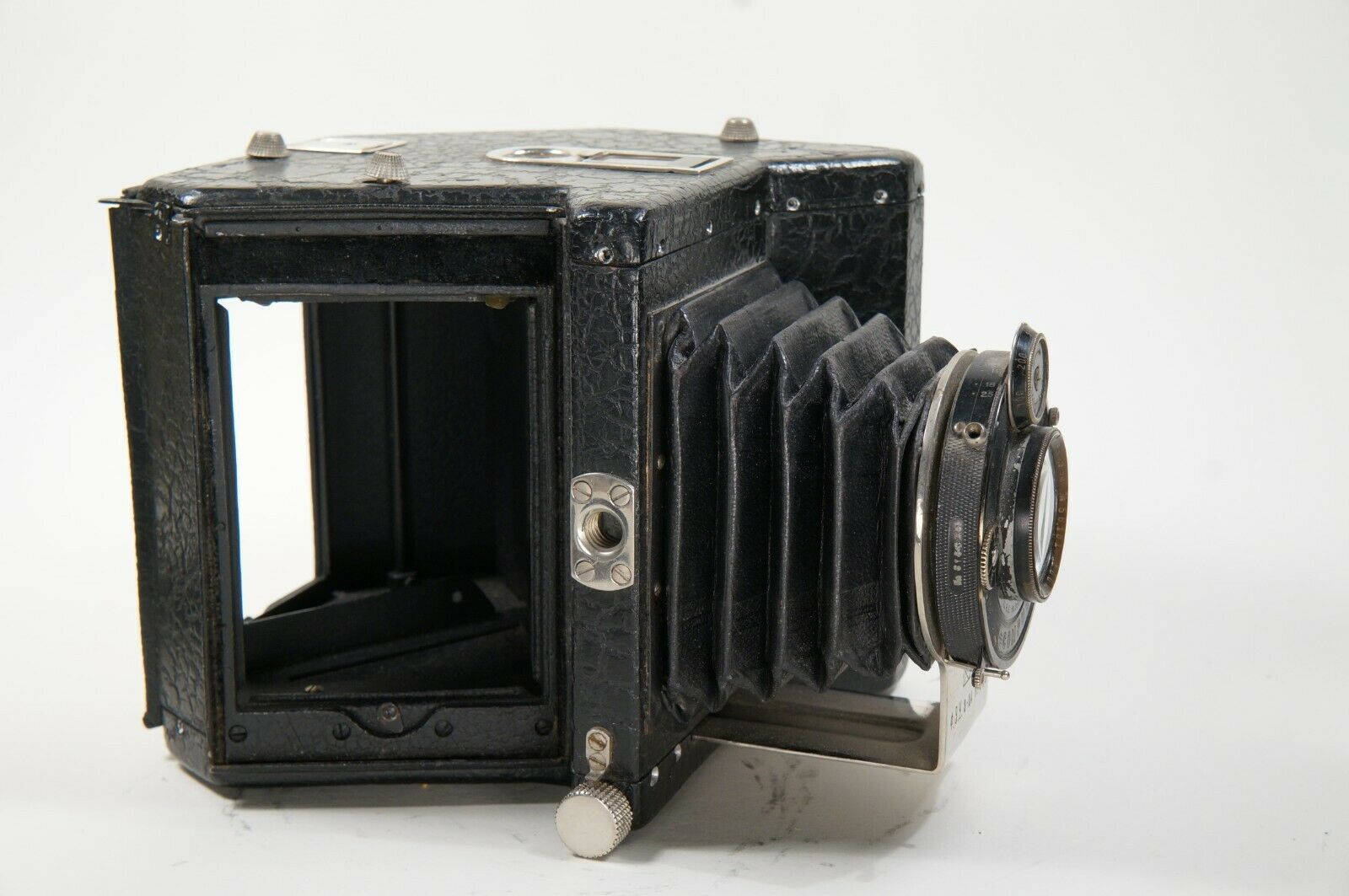 A 1930s prototype Soviet camera intended for colour photography on black-and-white plates is currently up for sale on eBay, though you will need deep pockets to add it to your collection – the Buy It Now price is $20,000 (£15,500).

The camera, offered by a seller in Moscow, is described as an “RGB camera”; the camera would take an image that would be simultaneously captured on three different photographic plates thanks to a series of mirrors which divided the light coming into the lens into three different parts. In front of each of these plates was a colour filter – either red, green or blue – and the individual plates would be combined to create a colourised image for publication.

The camera appears to have been made by the Geodesia factory in Moscow, a little-known camera maker which also made Leica-copy rangefinders in the 1930s. (Thanks to Pierre Tizien on Fascebook for spotting; the GOMZ badge and “Leningrad” name on one of the plates led to some confusion when the story was first published.)

The camera does, however, appear to have a Voigtlander lens with a Compur shutter on the front. The seller has listed the camera as not working, but it does come with three different slides for mounting plates within the camera.

These cameras were not just made in the USSR – they were widely used in the West as well, as recently as the early 1950s before colour film became widespread. The process of combining filter-tinted plates to create colour pictures had indeed been championed by a pre-Soviet Russian photographer, Sergey Produkin-Gorsky. His colourised images of Russia and Central Asia around the turn of the 20th Century are amongst the most celebrated early colour photographs.

These “colour cameras” were, however, very rare. Russian photo historian Vladmir Zverev sent Kosmo Foto an article written in Sovetskoe Foto (Soviet Photo) in 1939, mentioning a homebuilt model made by an amateur photographer D Stepanov. “The number of coloured works made by Soviet craftsmen and production and creative workshops is still insignificant and these works are far from perfect.

“There are many reasons for this, and the main one is a lack of experience both in colour photography itself and positive processes, and in some imperfection of our Soviet pigment. In addition, it should be added that in the entire Soviet Union there are hardly a dozen special cameras for tricolour shooting, and they are all of foreign origin. The high price of these cameras and the need to spend gold currency on them naturally limits the ability to import them.”

In another issue of the magazine from 1940, the magazine appeared to mention cameras very similar to the one offered on eBay. “At present, on the initiative of Comrade Stepanov, the production of Soviet colour separation cameras is being set up at the Moscow Geodesy plant. Prototypes of these cameras showed good quality…. The release of these cameras should play a big role in the development of colour photography in the Union…”

Prospective bidders be aware – the seller is open to offers.

* Many thanks to Vladimir Zverev and Vladislav Kern from USSRPhoto.com for help with this story