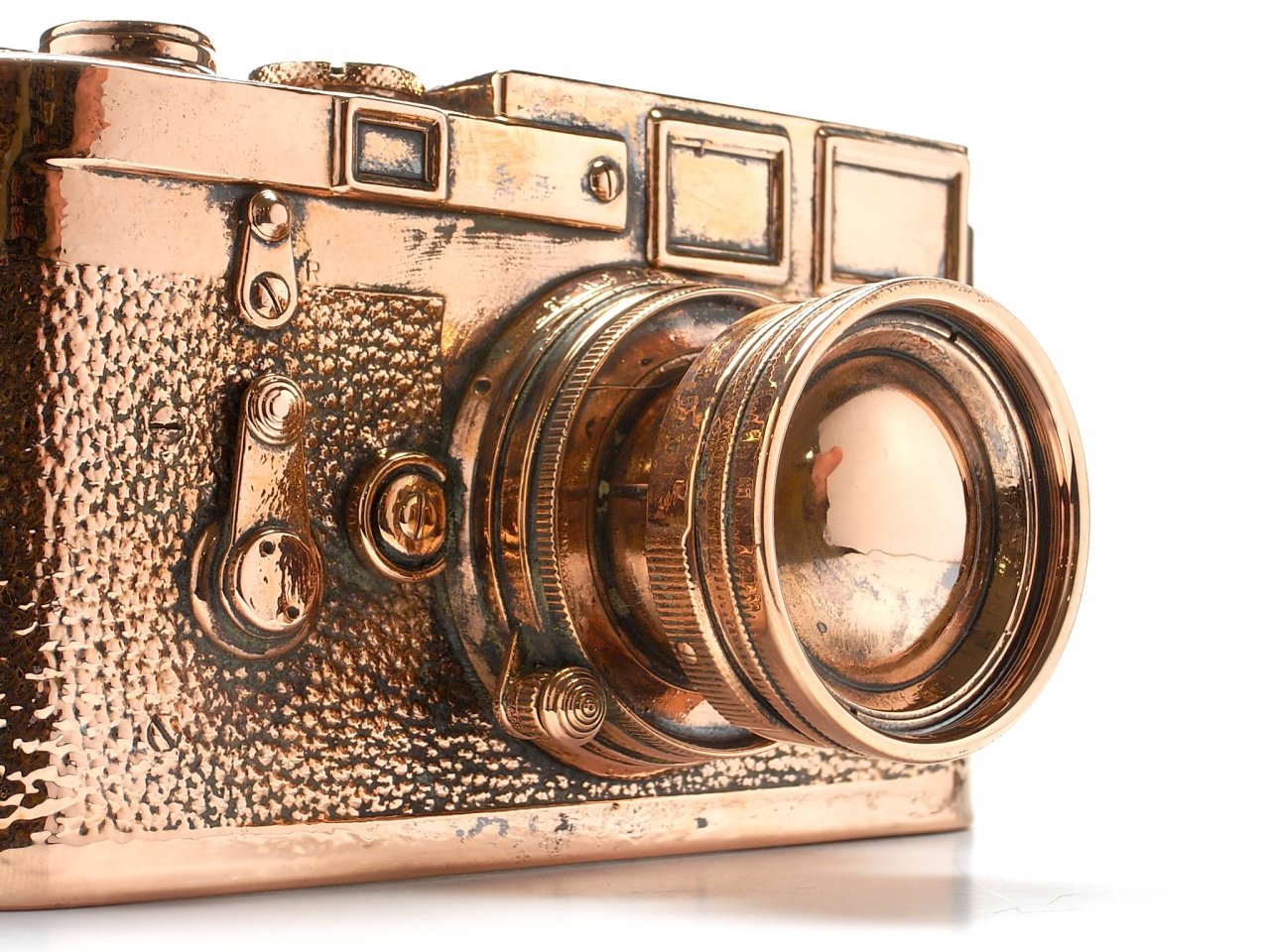 You can find a Leica rangefinder in everything from classic chrome to black to gold – but what about copper?

Meister Camera, a German chain of cameras stores with branches in Berlin, Hamburg and Munich has unveiled eight Leica cameras – all of them, lens and. Viewfinder included, copper-plated.

As DPReview reports (via LeicaRumors), the eight cameras are mostly screw-mount Leica Is, IIs, and IIIs, though the copper specials also include one Leica M3. All of the cameras are offered for sale on Meister Camera’s site, with prices ranging €995 up to €1,450 for the Leica M3.

All of the cameras are obviously non-working – so don’t expect to be able to take these out to your next Leica meet-up.

The cameras were first unveiled on Meister Camera’s Facebook page earlier this month, before being offered for sale.

Each camera has additional information on the copper-plating process. For instance, the Leica M3 reads: “We handed over the camera and lens to a specialist company that copper-coated the Leica using a galvanic process.

“The result is a beautiful ‘copper-plated’ Leica, which as a pure object not only brings out the technical aesthetics but also the design of a classic Leica screw thread camera with its smooth, copper-red surface!”

See more at the Meister Camera site – at least until these copper-plated curious are sold.

Such a shame, poor leica cameras