On a dirt road near the shore of the Irawaddy River, an age-old ritual is about to commence. We stand on this dusty pathway along with a dozen local villagers, awaiting the subjects of this morning’s activity. They arrive soon after: a legion of Buddhist monks walking in silent formation.

The novices march in front while the elders are at the back, forming a long line of bareheaded, saffron-robed individuals. We follow this solemn procession through the neighbourhood, discreetly taking pictures while trying to stay out of their way. They stop at houses to collect alms in observance of their vow of poverty. A few notes and coins are given, but the villagers mostly offer packets of rice, bread or curry – these will comprise the monks’ only meal of the day.

Lines of Buddhist scripture are recited in return for the generosity. Afterwards the monks walk off toward the next village, leaving nothing but dust and good karma in their wake.

Tradition runs deep in this land. I am in the ancient city of Bagan – a vast, savannah-like plain strewn with over 3,000 temple ruins. Twelve centuries ago it was the capital of the Burmese empire, a devout Buddhist state that held sway over a big chunk of Southeast Asia. Today it is a Unesco World Heritage Site and a source of pride for the nation of Myanmar.

I am currently leading a photography tour to this fascinating country – a place that, over a century ago, the writer Rudyard Kipling described as “quite unlike any land you know about”. Located on the western edge of Southeast Asia, Burma was colonised by the British from 1824 to 1948. Soon after independence, the nation was locked in decades-long isolation when its military government closed the country off to the outside world.

Now under a fledgling democracy, the Burmese have enthusiastically opened their arms to the rest of the world.

Despite the arrival of familiar multinational brands (hello KFC and Ford), Myanmar remains very much a snapshot of 1970’s-era Southeast Asia.  Ageing Toyotas and Russian-made buses still amble down its gritty streets. Creaking oxcarts cris-cross the countryside, their wooden wagons piloted by grizzled farmers in their longyi wraparound skirts.

I figured that a land as timeless as this deserves to be photographed in the equally timeless medium of black and white. For this purpose I have brought my Seagull DF-300x SLR, along with a pair of manual focus optics: an MD-mount 24-50mm f4 Minolta and an MC-mount 50mm f1.8 Seagull lens. 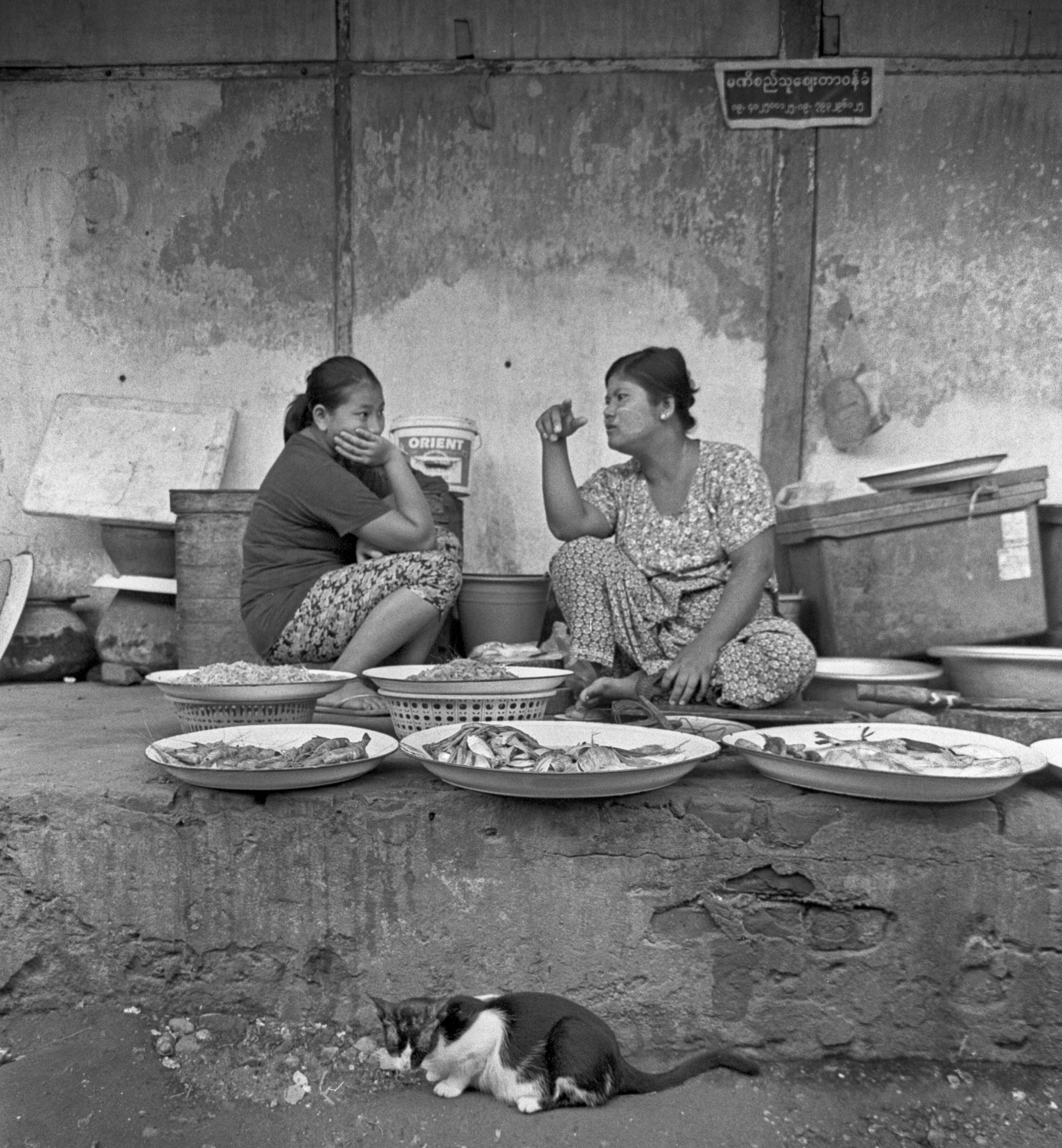 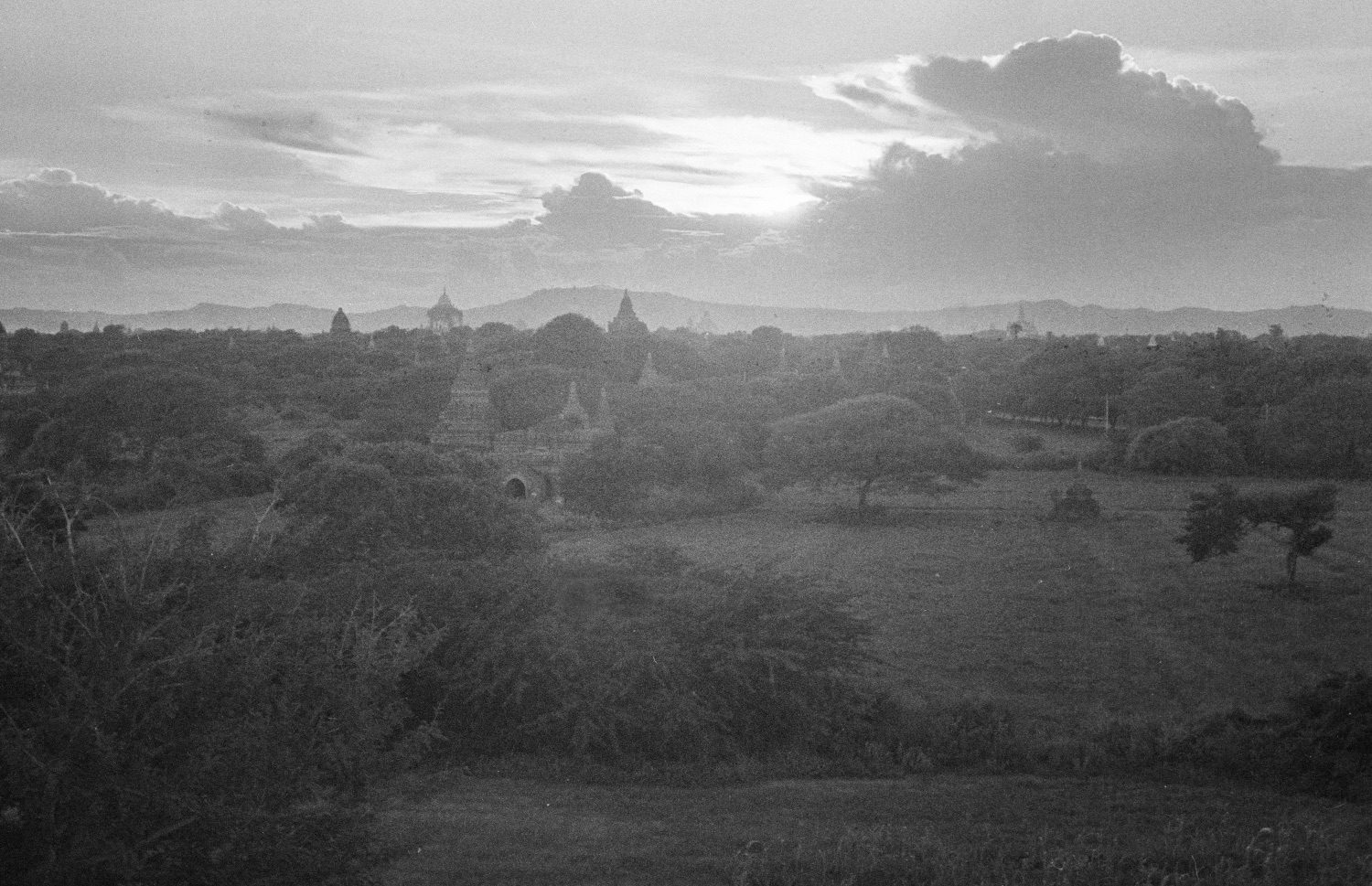 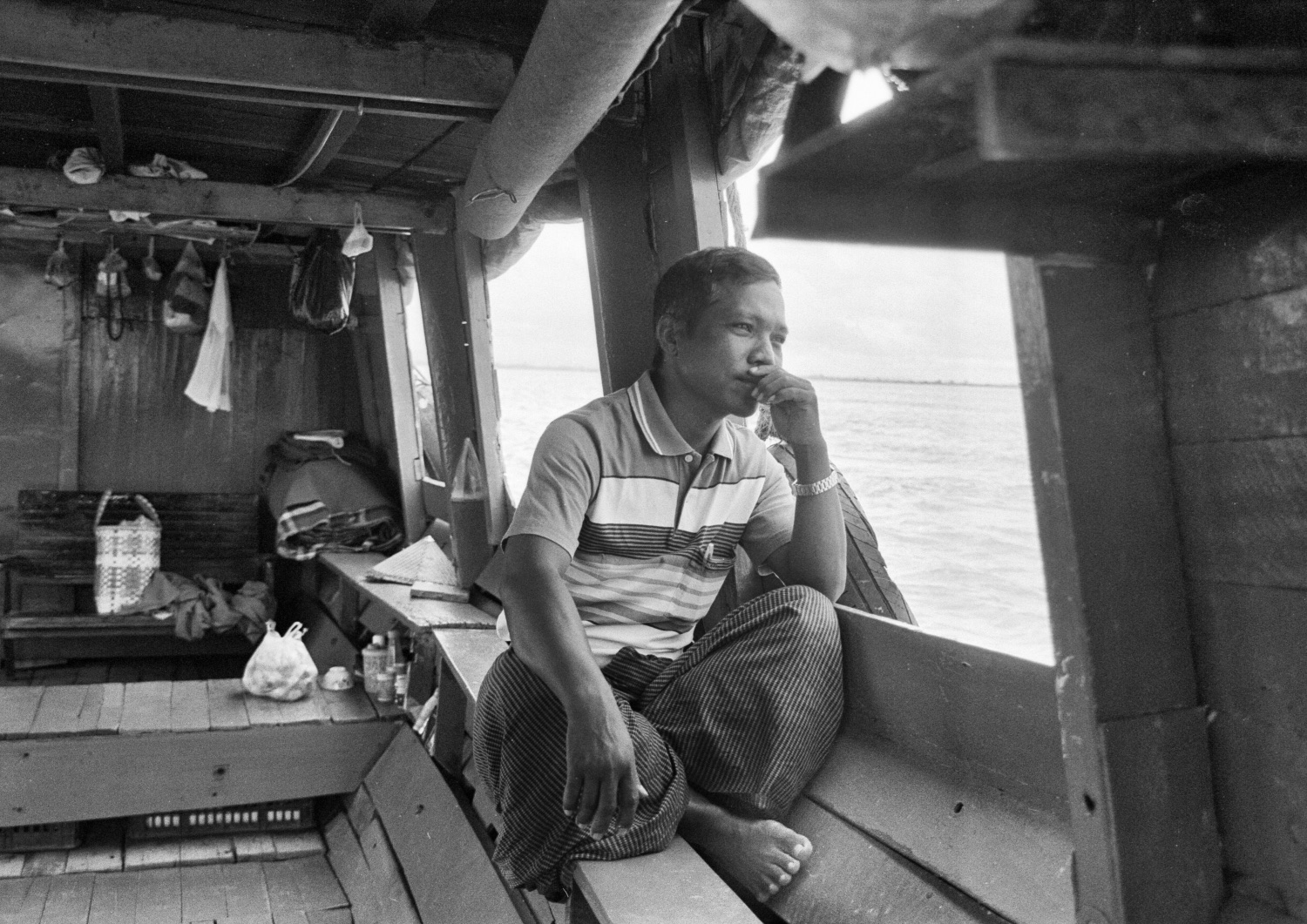 This plastic and metal Seagull looks and feels like a Minolta X-300, and there’s a good reason why: it is a licensed clone made for the China market, using the same parts from the exact same camera factory in Shanghai. Like its original daddy, the DF-300x uses a cloth shutter and centre-weighted TTL metering to capture light. This particular unit overexposes by a stop and half, though, so I set my ISO to 320 so my Arista Edu Ultra ISO 100 film will expose correctly.

Despite this being tail end of the monsoon season, the weather is still thankfully dry. We spend the day exploring this ancient locale under sweltering tropical sunlight. Temple ruins dot the horizon, giving us no shortage of stunning views. At the local markets we photograph produce stalls manned by smiling vendors – their faces are smeared with thanaka, traditional make up that heightens their soft features and luminous brown skin. 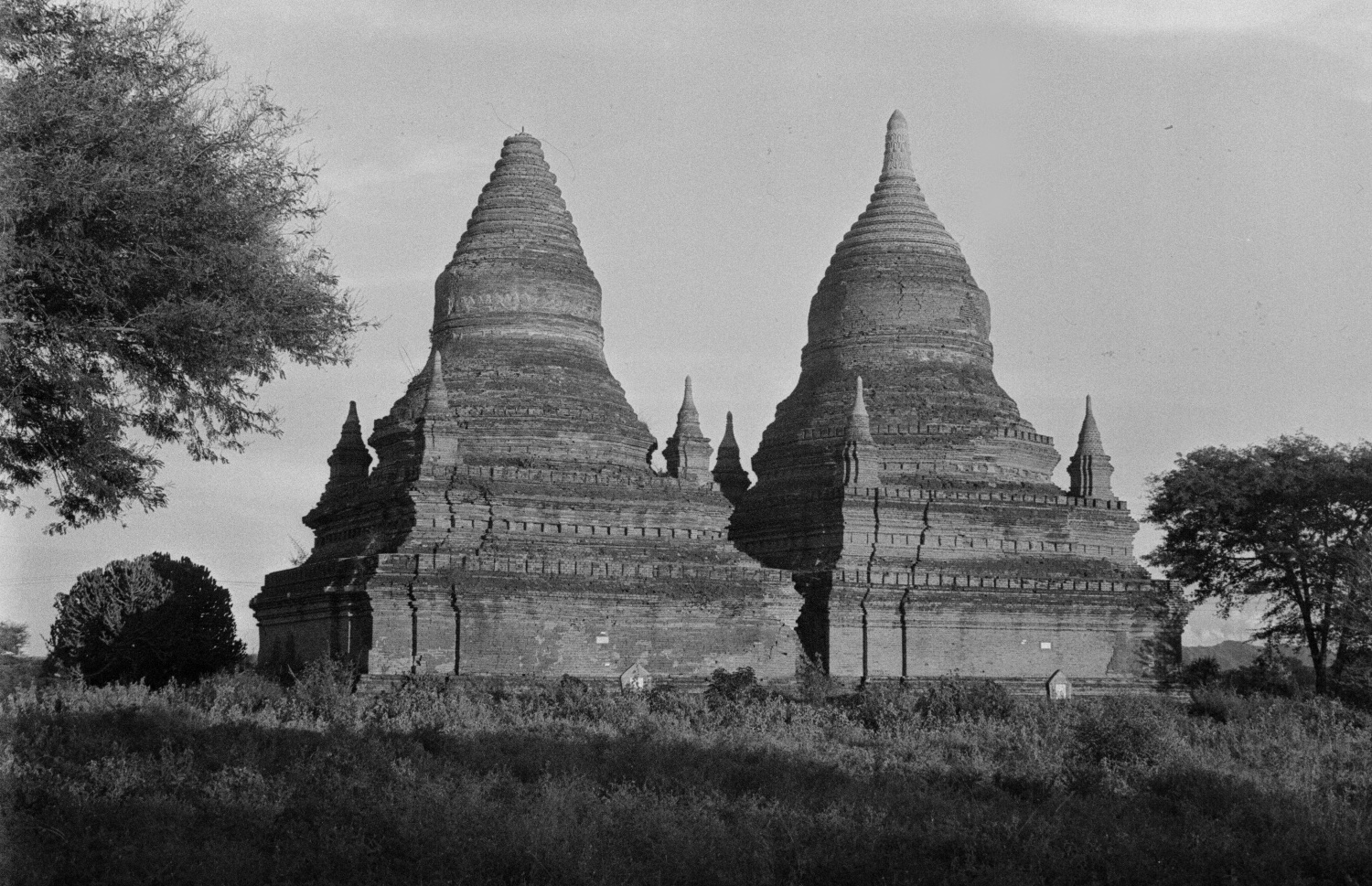 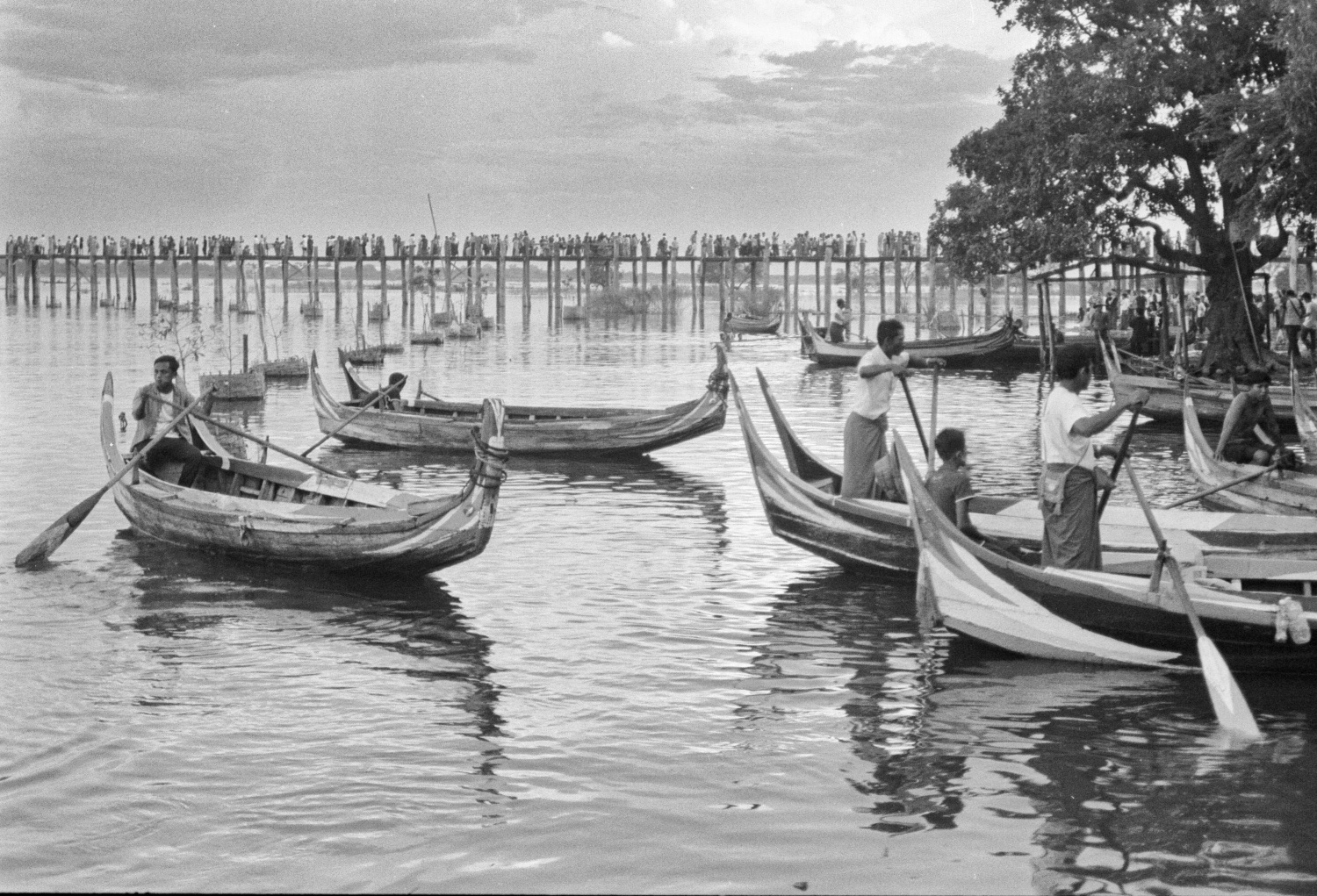 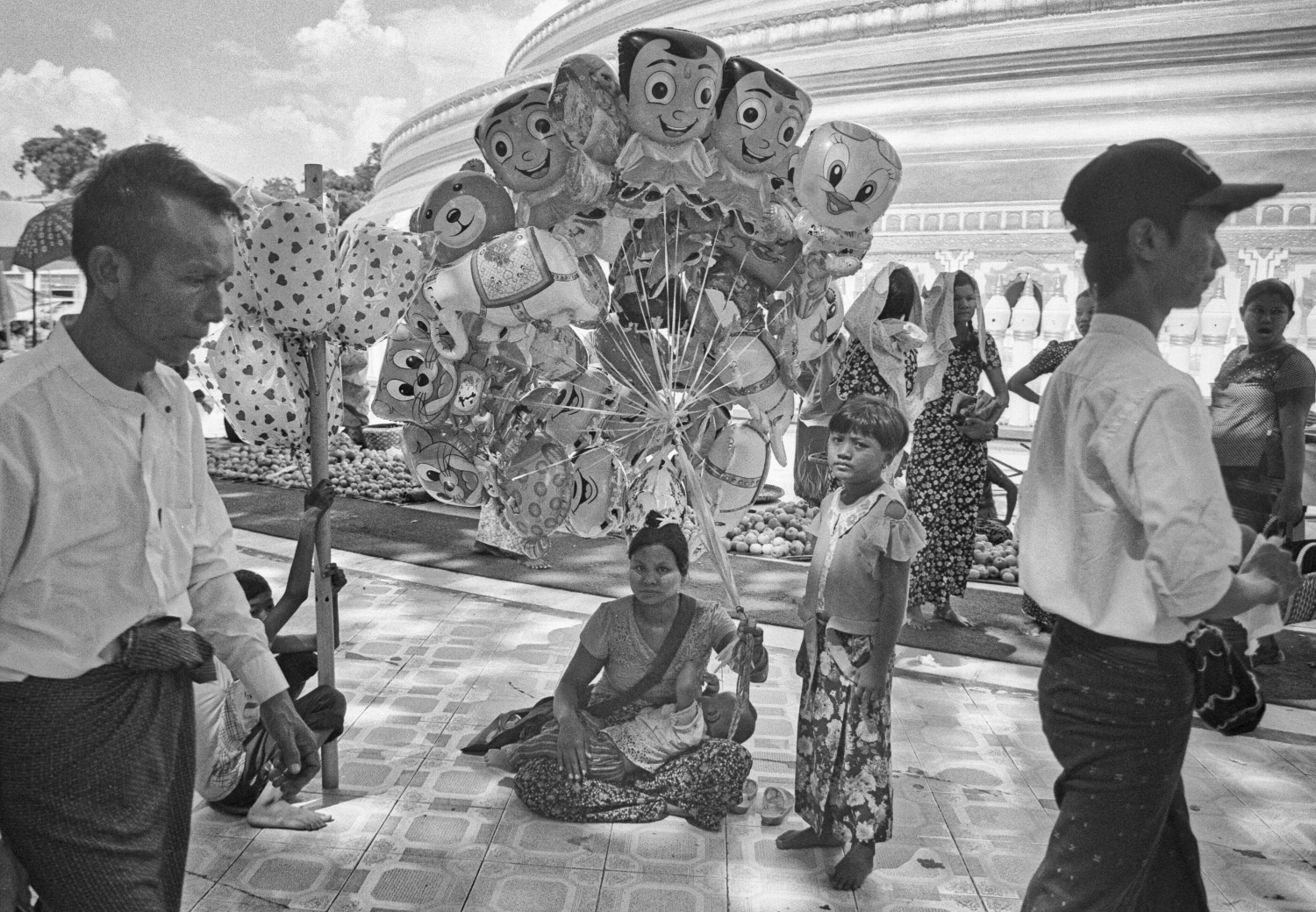 A few days later we find ourselves in the city of Mandalay, roughly 180 kilometres (120 miles) away. Here I go to the wide end of my Minolta zoom, and capture images that could well have been taken decades ago. At a temple fair,  Shan merchants hawk balloons and handicrafts to passers-by; boatmen helm their wooden craft on the waters of the Taungthaman River, within sight of the world’s longest teakwood bridge. Buddhist monks – hundreds of them – line up for morning alms at the Mahagandayon Monastery.

The 24-50mm Rokkor has a curious soft flare effect that I find useful for getting dramatic backlit shots – this I use well for a particular image of locals hanging out at a row of stupas. The 50mm f1.8 Seagull, on the other hand, helps me get nice portraits inside dimly lit temples. The DF-300x’s viewfinder isn’t the brightest (or maybe this camera is just old), but its clear enough for me to focus manually in low-light without much difficulty.

In addition, this camera also uses a microprism band to complement the usual split-image focusing spot – a feature that helps me zero in on subjects without vertical lines.

By the time our shooting trip ends a few days later, I am convinced that it will take years of photography to uncover this fascinating land. We finish our journey on a poignant note – by lighting prayer candles at a temple courtyard to celebrate the October full moon. It is a cherished tradition in these parts, and we spend the evening as the locals do – enjoying good vibes and company, and paying respects to the heavens amidst a sea of flickering candles.

At this point, I take just a few pictures before stowing away my gear to enjoy these profound, magical moments. Myanmar is blessed with timeless scenes for the camera – and a wealth of food for the soul. 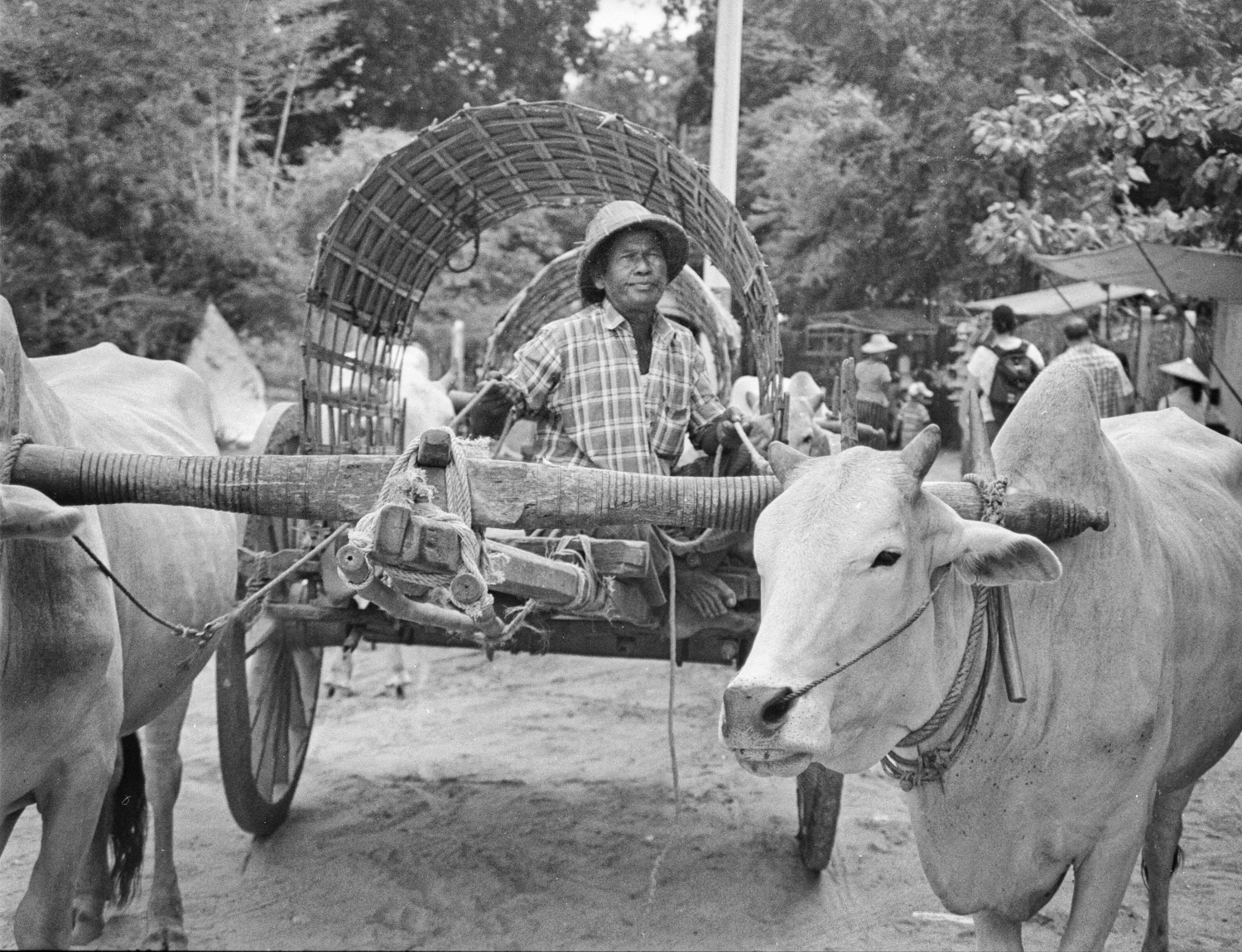