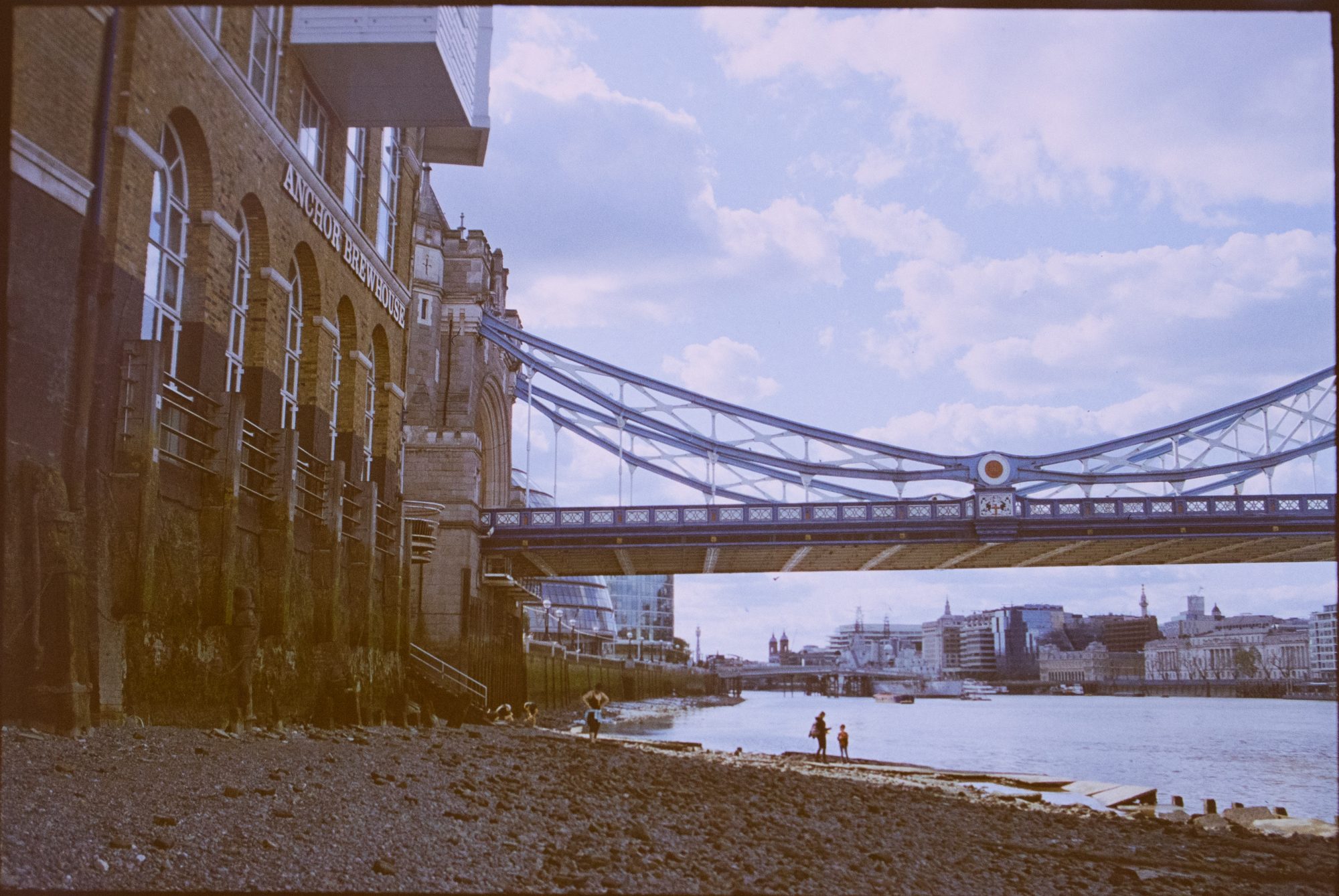 Eric Toribio is an American photographer living in London. And despite the UK’s description for grey skies and endless drizzle, he’s managed to experience enough British sunshine to start experimenting with his colour film stocks.

A few weeks ago, he posted results from one of his latest experiments on social media – cross processing Kodak ColorPlus 200 negative films in E6 chemicals to turn it into slide film.

Toribio spoke to Kosmo Foto about what prompted him to do it.

“My name is Eric Toribio and I am a photographer who loves to shoot film, photograph humans, and get my hands dirty. I was born and raised in NYC (shout out to Uptown!), but have been living in London for almost two years.

“My focus has shifted every few years, but the majority of my work has revolved around landscape/cityscape, fashion portraiture, and more recently street photography. Recently, I decided to build a community via my YouTube channel (named ‘Doing Film Things’) and have been having a lot of fun doing so. The film photography community is the main reason why I dove head-first into this art form – I don’t think I will stop learning, shooting, and experimenting any time soon.”

When did you decide to try it?
“I decided to proactively cross process C41 film with E6 after doing it accidentally. I bought some expired film that I thought was slide film, and ended up processing it E6. Soon after, I realised that it was not meant for E6. Still, the result was fairly usable colour slides, although they had a blue-ish tint to them. I wondered, if this happened with old expired film, what would happen to fresh film? And so, I gave it a shot with ColorPlus.

Why ColorPlus?
“I figured ColorPlus was cheap enough, where I wouldn’t feel terrible if I ruined an entire roll. In fact, I ruined two rolls due to exhausted E6 chemicals. The third time I tried (with fresh chems), I got the results I was looking for! The colour slides were vibrant and nice to look at, despite a visible orange cast. There is something magical about slide film – I feel like a kid in a candy store every single time I pull out a freshly developed roll of slide film from the dev tank.” 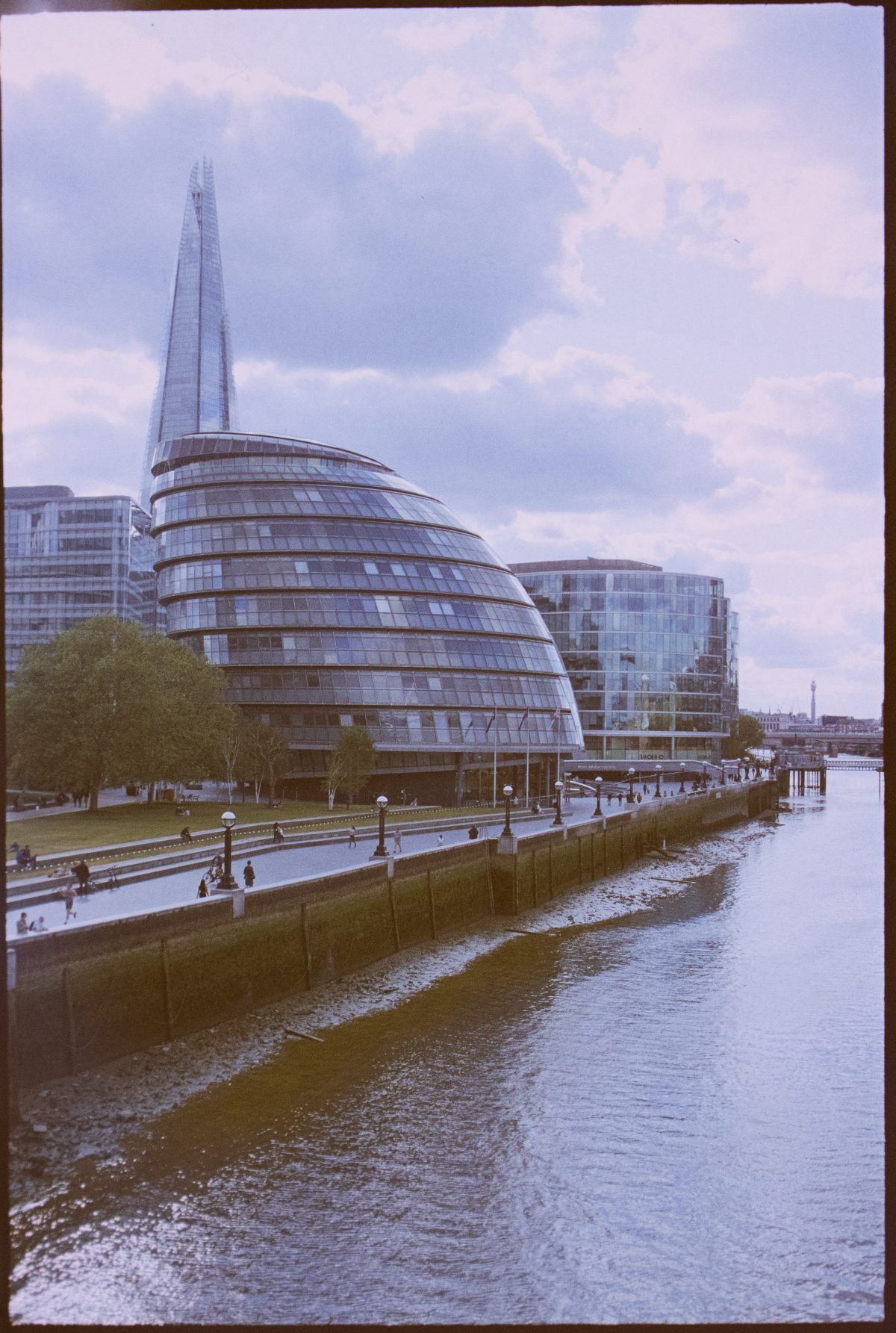 Did you shoot it at the box ISO?
“Yes! I didn’t consider this honestly and just used the internal camera meter reading and let my auto settings do their thing (using the Canon 300v with the 50mm 1.8). In the future, I think the film could perhaps benefit from an additional stop of light. The cross processing does shrink the dynamic range a bit and overall, images come out slightly darker. Also, each different film stock will have a unique colour cast. This will have to be corrected in post. I have no idea if using filters at the time of shooting would make a difference.”

Did your lab dev it or did you do it yourself?
“I developed all of these on my own. I really enjoy developing. It’s a lot of fun to pretend to be a scientist. I think that is why I got a bit obsessed with cross processing for a few weeks. It is great fun to experiment for the sake of experimentation. This mere option is one of the main reasons I love film photography — you can experiment with tactile substances, objects, liquids, etc.

“When I used to shoot digital only, I hardly experimented. My goal was always to get the crispest, most professional looking image possible. With film photography, I feel that I can relax and simply enjoy every step of the process, without fear of the end result. While I do aim to make acceptable images, each step of the journey is as important to me as the final product.

Will you be trying it again?
Since my streak of experiments, I haven’t cross processed much. I definitely got my hands pretty dirty with cross processing, and even tried to do it with CineStill 800T … because why not? Long story short, dark scenes don’t do so well via C41 to E6 cross processing. I guess the whole point of slide film is bright vibrant images, not dark muted ones. I may give it a go again in the future with other film stocks. I am very curious what would happen to Portra and some Fuji stocks. 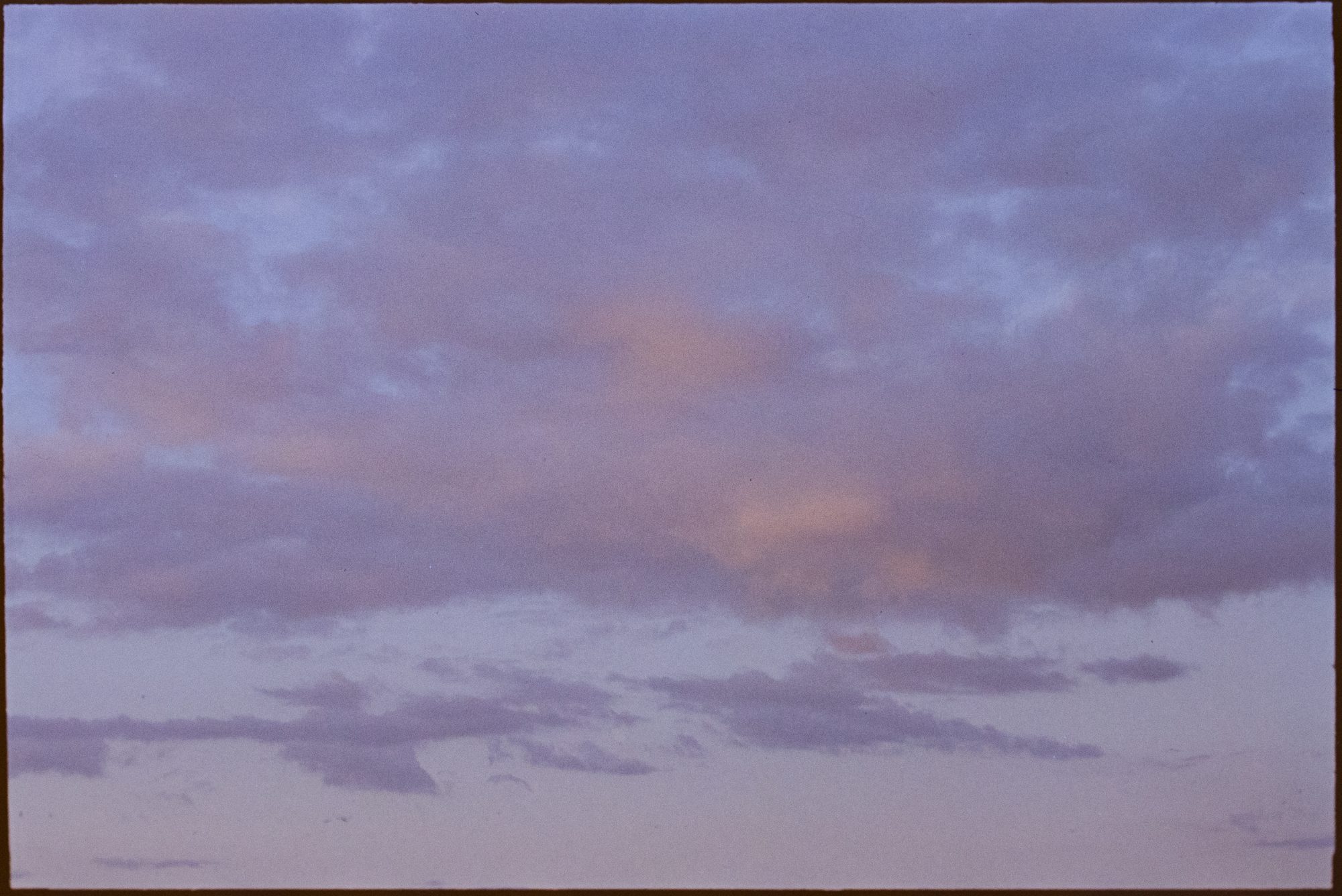 “I don’t think I will do much more in the short term. Now, I have focused most of my attention on printing. I have set up a home colour darkroom and have been printing select images from my catalogue. Printing is very fun and also involves plenty of experimentation and creativity. It’s another way for me to express myself and get my hands dirty via the film photography process. Eventually, I will be trying to print slide film … but I am saving that for later; much later.”