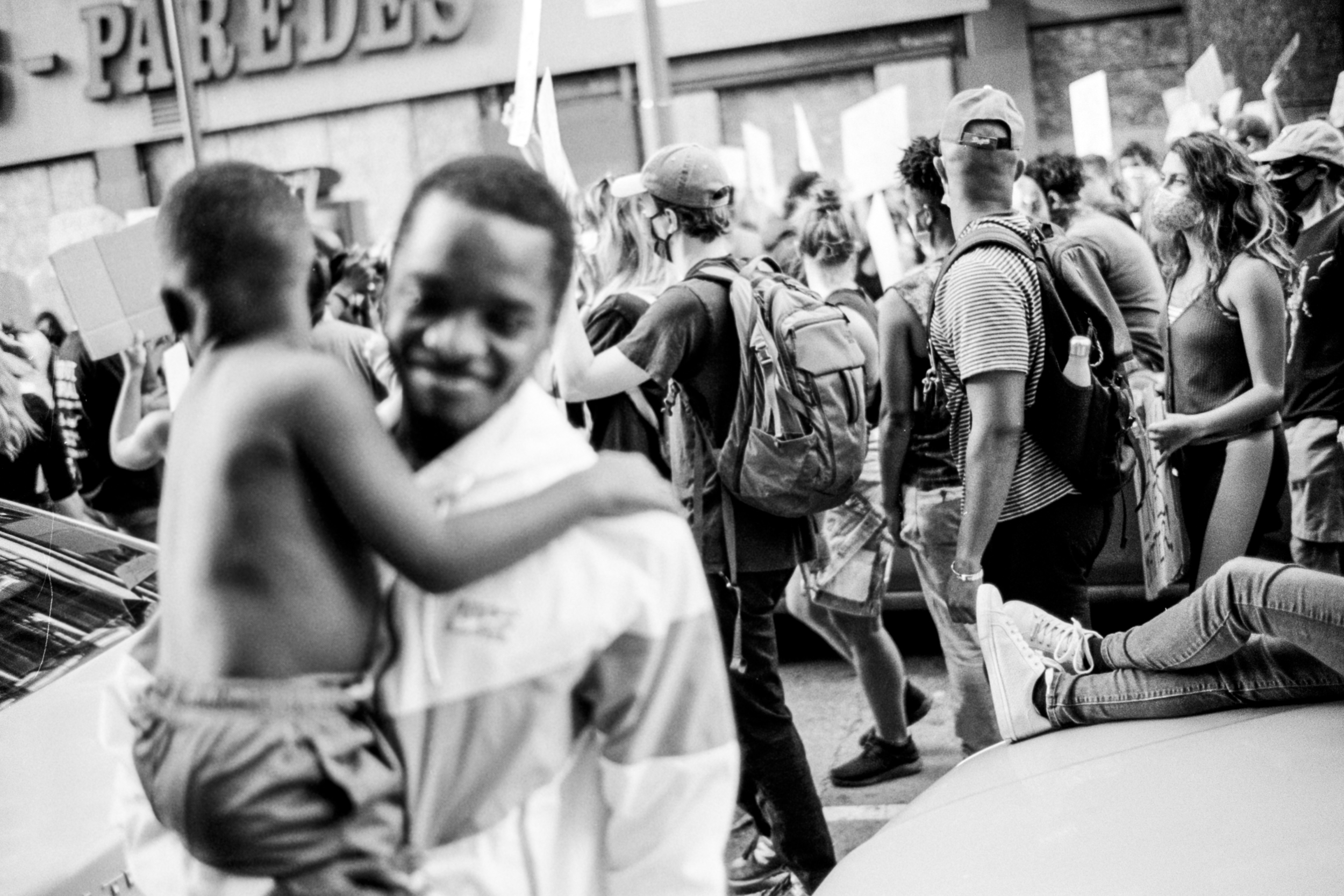 Stephen Vanasco is a Los Angeles-based photographer with a love for film and sizeable following on Instagram.

As the Black Lives Matter protests stepped up following the death of George Floyd in Minneapolis in May, Vanasco started documenting demonstrations close to where he lives.

He has been sharing some of these images incredibly atmospheric images on Facebook and Instagram. Amongst them were a quartet of black-and-white images of a father and his young son watching from the sidelines as the protest unfolded, so Kosmo Foto got in touch with him to find out how they came about.

“This demonstration with the photos I made of father and son was in downtown Los Angeles a few blocks away from my studio. I have a few different Leica film bodies but for these moments I was using my Leica M7 with a 35mm Summilux,” he tells Kosmo Foto.

“These were taken on Kodak Tri-X. That film along with HP5 are good general film stocks I find myself using. Their range/latitude make them so versatile.

“I had seen the crowd flooding the street marching westbound on 5th. I was walking up Broadway and turned the corner. The father and son were not part of the demonstration but were hanging out by their car with a couple of other people. While I love being in the energy of the demonstrations I have found myself looking outside of them, curious to see how that energy translates to the people observing. It was easy to see the impact this had on them.” 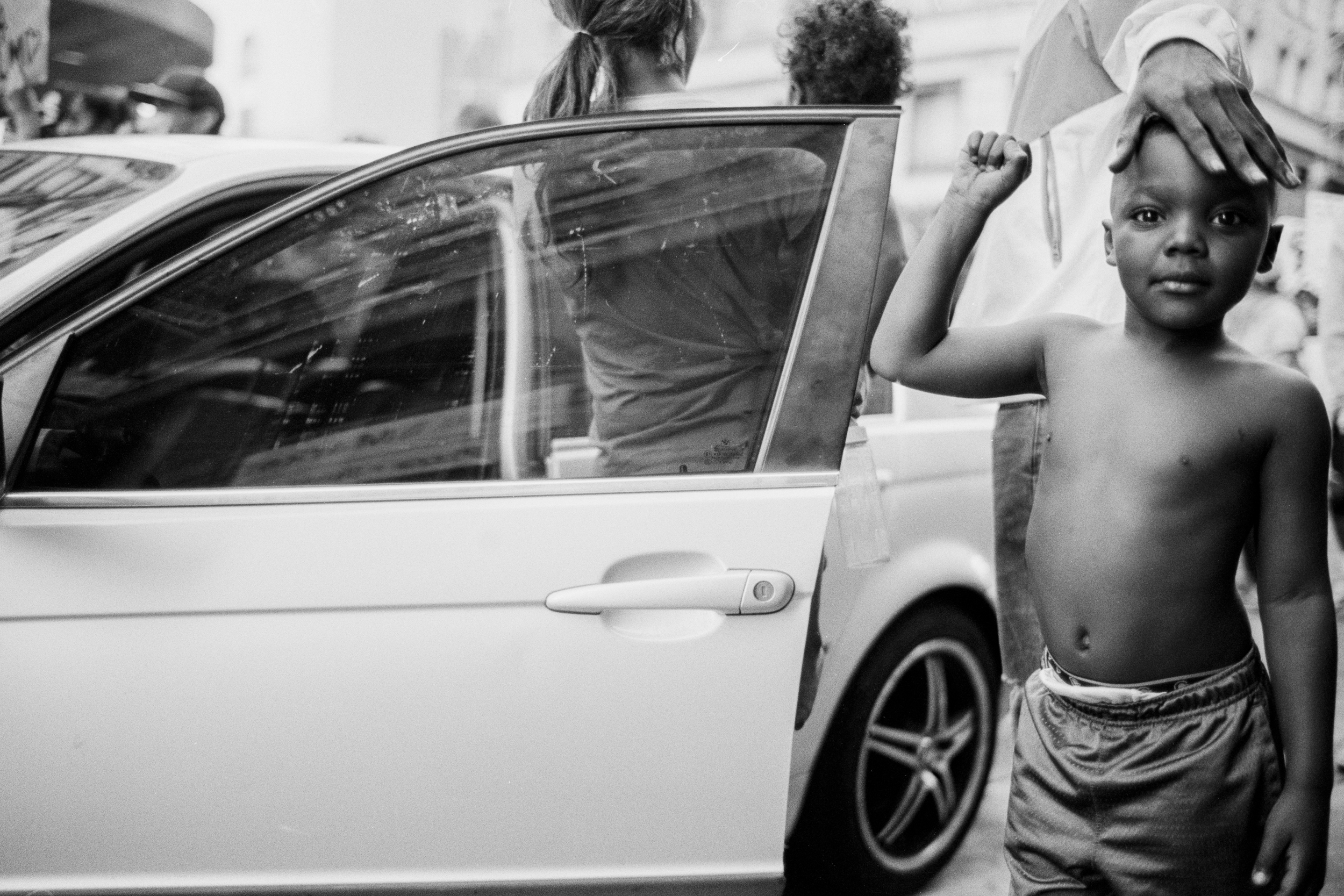 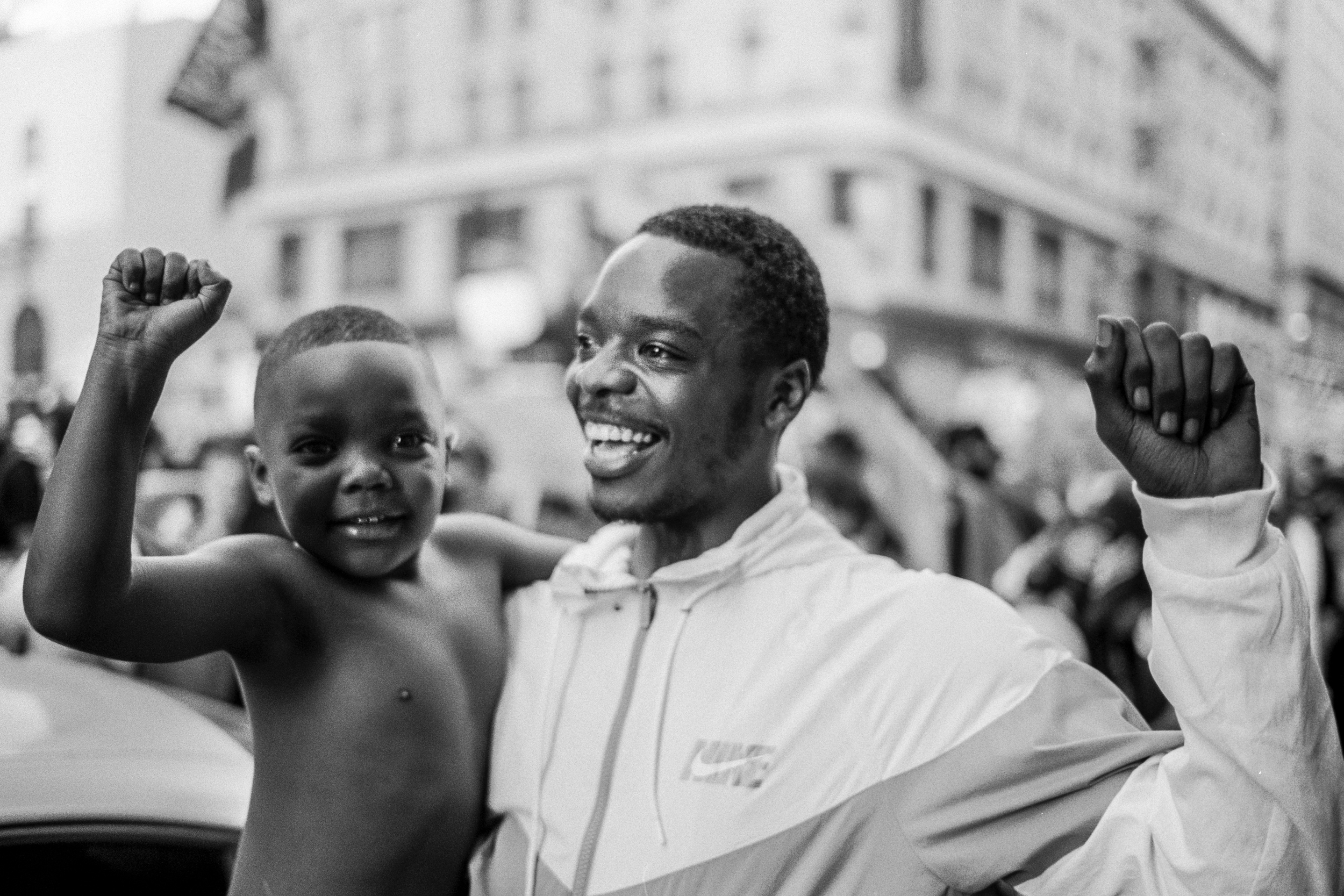 What was happening around you as you focused on this pair? “The crowd was marching behind them chanting change. Collectively voicing ‘Black Lives Matter’. At first, I saw the father just smiling while holding son watching the crowd go by. His son seeing all the fists raised sparked him to do the same. You can just feel their happiness at witnessing what was going on.”

Did they notice you? “They did. And being a father myself I then asked if it was OK to continue making photos of him and his boy. He gladly obliged.” 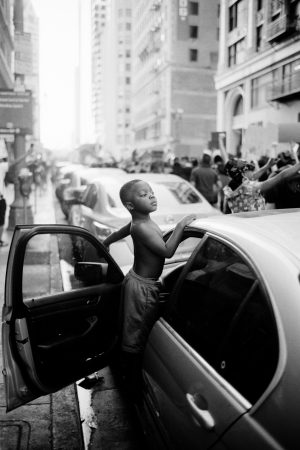 Generations of street and documentary photographers will attest cameras like the M7 are perfect for this kind of photography – rangefinders are a lot quieter than an SLR.

“I think the camera size alone draws less attention. I have been shooting with a rangefinder for almost 10 years now. Overtime focusing has just become a motorskill.”

The pictures are all the more impressive given the fact that Vanasco has little experience of shooting protests. “I don’t consider myself a photojournalist by any means but living in a large city like Los Angeles and given what is at hand I couldn’t help but insert myself into the equation.

“My photography can serve as my voice and I want to share the narrative I witness at these protests.”:

Did he have any plans to document more? “I do. They are happening daily. Whenever I have the free time to dedicate a few hours to being at one you will most likely see me there.” 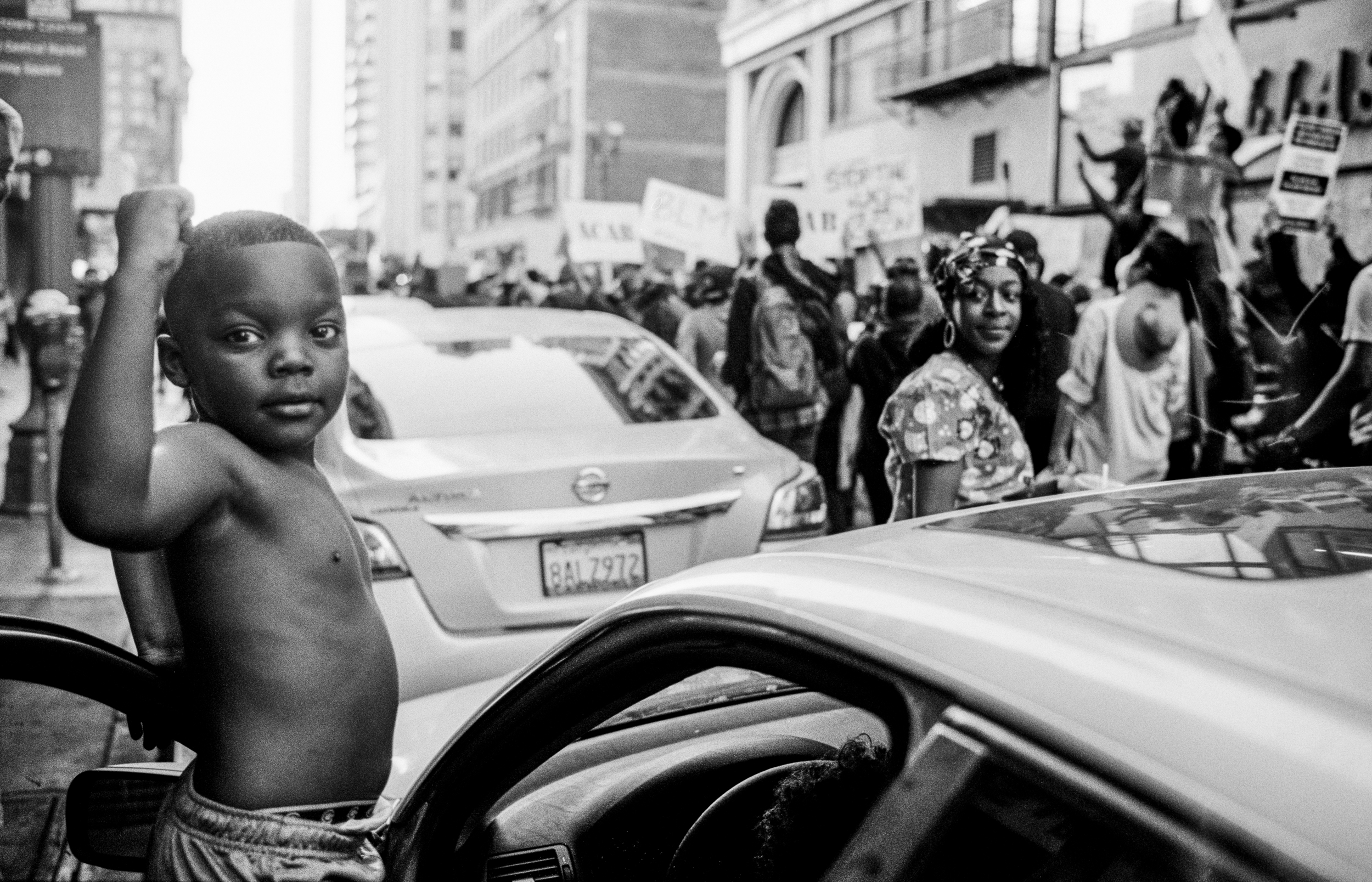 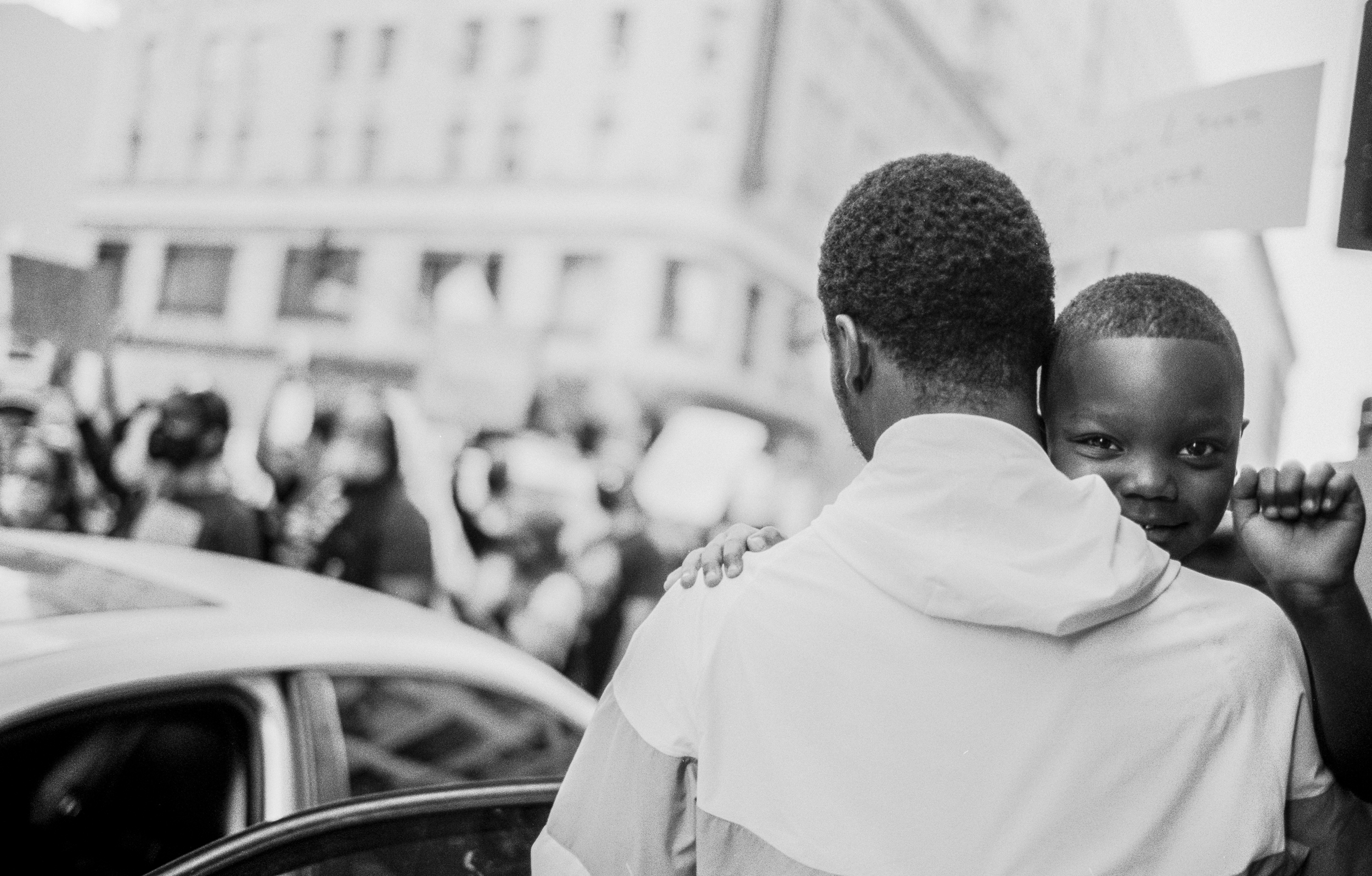