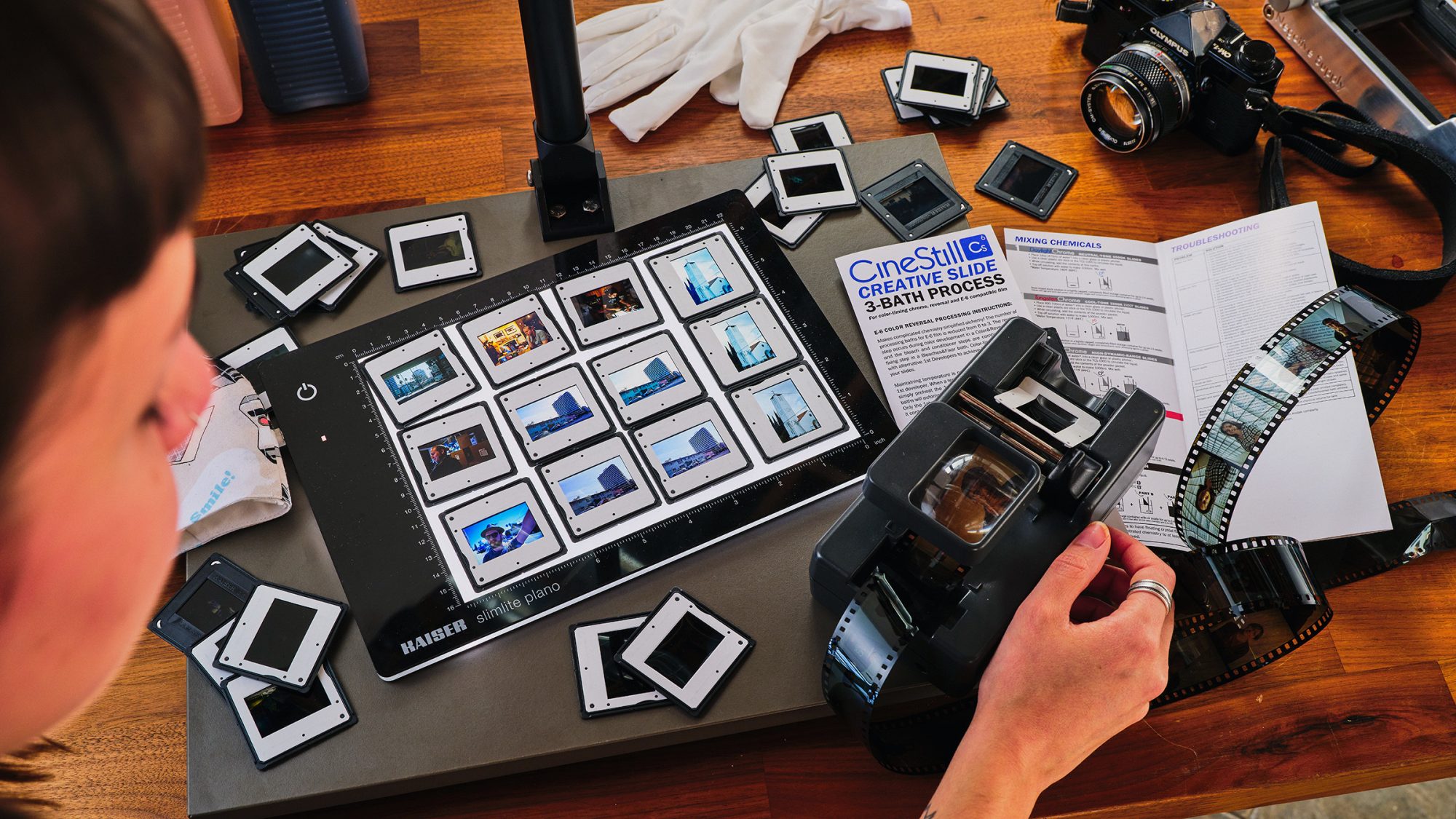 CineStill has announced a new developing kit for photographers to develop E6 slide film at home.

The US company, which sells a range of Kodak motion picture films able to be processed in normal C-41 or B&W chemistry, says their new developing set-up allows the film to be developed in three distinct ways.

“You already have E100. But what about E100T? With TungstenChrome, you have the ability to tap into the cinematic rich tones of tungsten-balanced photography, now brought to life in Positive. Processing with DaylightChrome yields the conventional standard you’d expect to see from the legendary positive film. And finally, processing with DynamicChrome, unlocks peerless detail, warmth, and dynamic range.

“You can now create beautiful colour transparencies at home through one simple process.”

CineStill says the new product is the first time photographers can change the colour profile of their film. It follows on from their monobath chemical kit for black-and-white film and a two-bath process for C-41 film.

The new E6 developing range includes five different products, with CineStill’s own descriptions of their qualities listed below:

The following images were released by CineStill showing results using the kit: