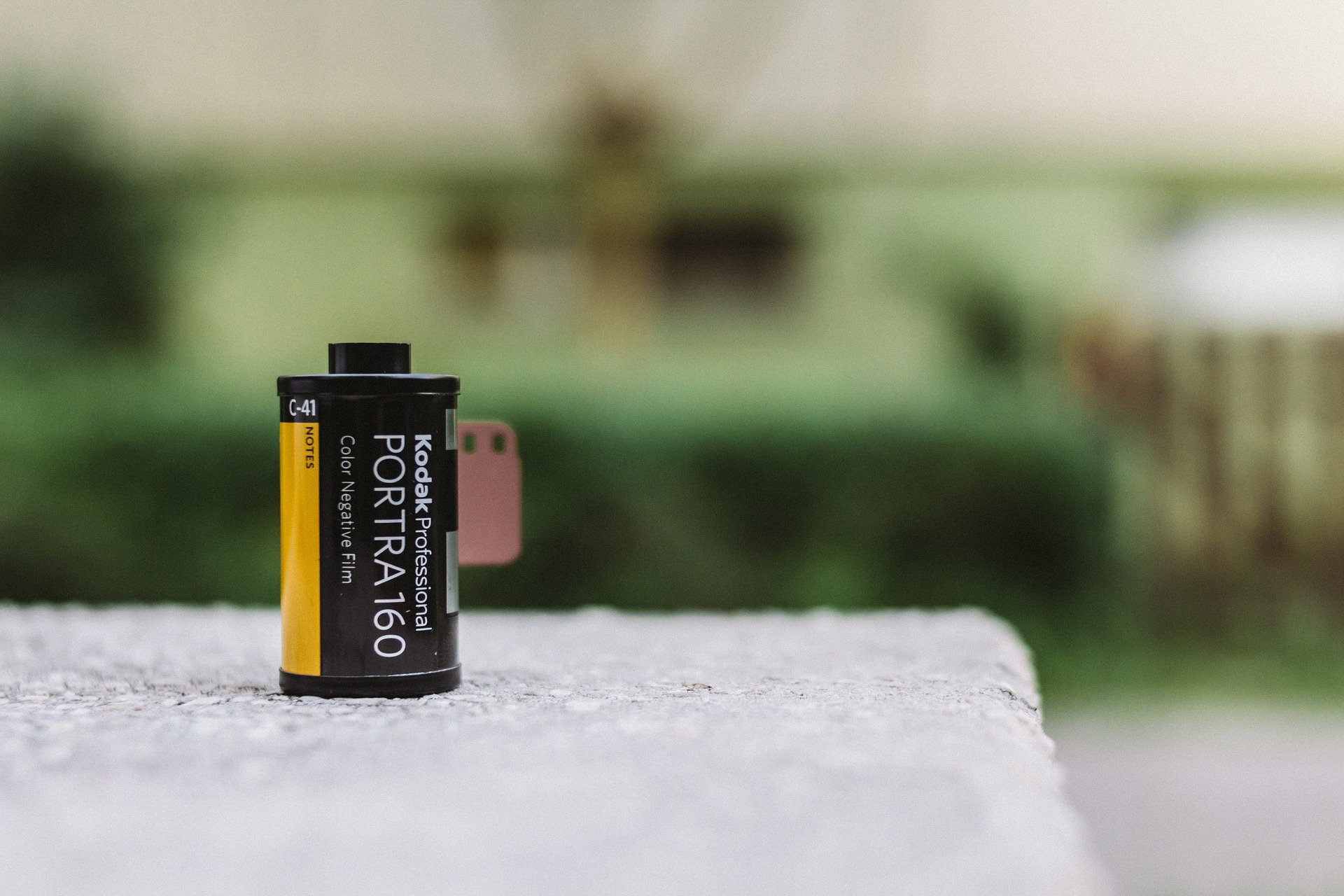 Home Analogue lifestyle Opinion: Why the Kodak Alaris price rises may not be a bad...
KF article top

On Black Friday, Kodak Alaris announced it would be raising the prices for its films in the new year.

The prices would take effect on 1 January and, the company warned in its release to retailers, would be “significant”.

But Kodak Alaris – the company which markets the film Eastman Kodak produces – also explained why it was doing this (which may help soften the blow a little if you’re frustrated your favourite emulsions are rising in price).

It wasn’t the usual story that vital ingredients are getting more expensive or harder to find. It was that the recent upsurge in film sales is so high that the company is struggling to meet demand. (You can read the release here.)

To film photographers in Europe, this will come as no surprise. To many, the last year has felt like a film-themed treasure hunt – everything from Colorplus 200 to the Portra suite of films and trusty Tri-X has been increasingly hard to find.

Kodak Alaris has tried to meet the demand, but there is simply too much of it. It isn’t going to be able to meet demand unless it ramps up production. So that’s what it is going to do.

The more you make of something, the less it should cost per unit because your production equipment costs are spread further. But conversely, the film that Eastman Kodak will be making more and more of is likely to cost us more to buy.

But the decision to raise prices isn’t necessarily a bad thing, for a few reasons.

First up, a little flashback; since the digital revolution in the early 2000s, the remaining film producers – including Kodak – had to suddenly contend with a massive drop in film consumption, beginning around 2003.

The giant film facilities built for their early 2000s peak – hundreds of millions of rolls a year – weren’t fit for a market which suddenly dropped to a fraction of this size (in 2011, it was probably 10% of what it had been just a decade before). Fujifilm and Kodak have had to scale back their film production to a fraction of their peak. Other consumer film giants – like Agfa – went to the wall before they had a chance to do similar.

In order to keep going, Kodak laid off workers and shuttered film production facilities outside of its Rochester, New York base. Emulsions that were no longer ringing the tills were ruthlessly pruned. Enough people kept shooting film that it was still worth Kodak making it, but that was partly because big name directors still wedded to the idea of shooting on celluloid continued to shoot productions on film. You have Hollywood to partly thank for the fact that you can still shoot your Portra 400.

It’s since the creation of Alaris that the renaissance of film really took hold. It seemed to start around 2015, but gathered pace when Kodak Alaris announced Ektachrome slide film back in 2017, and brought back TMax P3200 in 2018. Even having written about this change in fortunes a lot in the past four years, I’m still amazed how film’s fortunes continue to rise. I had a recent conversation with someone at a leading London processing lab a few weeks back – their processing has gone up 60% in a year. Just down the road, one of London’s biggest film retailers – which stocks everything from Kodak to boutique brands – has seen sales increase by a third in just 12 months.

This new interest in film is to be welcomed, but it brings with it its own challenges. In Kodak Alaris’s case, that means spending money on increasing production. But they can’t do it on their own. A look at the most recent financial report shows that their financial prospects are hardly rosy – it has been a tough decade-and-a-half for those making film.

“Our market share has grown and levels of positivity towards shooting film not seen for many years has returned,” Kodak said in its statement last week. “These changes have also come with some problems, in recent years film supply has only just kept pace with market demand during the peak season but this year the increased demand has resulted in the highest level of Kodak Alaris film sales for some years leading to supply issues for most of our film lines.”

From Spain to Belarus, Kosmo Foto has heard tale of Kodak films being impossible to get hold off over the course of the year. Demand is far outstripping supply. Kodak Alaris has apparently decided time has come to do something about it, which is why it is now asking Eastman Kodak to ramp up production – and passing the cost of that on to the people who buy the film.

An upside of this is that it will also mean employing and training more people to produce film – which will be good for the continued survival of Kodak films in the longer term.

Film is not a cheap thing to produce – even before you make a physical emulsion, there is rigorous and expensive research and development (R&D) to undertake. Most film companies’ R&D teams are a fraction of the size they would have been back in the golden age. R&D needs staff with chemical engineering degrees – grown up jobs with expensive salaries. This is long-term, forward-thinking investment.

In the nearly two decades since film was king, it’s not only imaging technology which has changed. So have environmental regulations. Part of the delay in getting Ektachrome from announcement to the shop floors was that the recipe had to be reformulated to get rid of some now banned ingredients. This all adds to the expense. How much did Kodak spend in getting Ektachrome back on the market? Your guess is as good as Kosmo Foto’s, but I’d be willing to guess the bill would be in the millions of dollars.

The extra cash that Kodak Alaris generates from this price rise may indeed bolster the R&D budget. That means it could even look at releasing new films.

Kodak Alaris’s rivals could decide to cut their film prices and try and gain more market share at their expense, or decide to raise their prices aswell, making more profit per roll.

Paying more for film isn’t something I relish. I’m sure I’m not the only one. But extra money for film producers means extra investment. There won’t be a film renaissance in the long term without it.

Regarding your closing statement, no, the reality is “there won’t be a film renaissance in the long term” if there are no affordable film stocks available on the market. I’m talking about both color and B&W. And I’d say we’re basically already at that point, right now, today. Further increasing film costs will do absolutely nothing good for the film industry or the community long-term. The current prices are already ridiculous; way beyond ridiculous in some cases. Simply put, high costs will alienate (and already are alienating) huge numbers of recent newcomers and long-time diehard film shooters alike, and it… Read more »

I still question if it was worth to bring back Etkachrome as slide film is rather a “niche” product. Instead, focus on Portra 160, 400 and the luxury item Portra800.
The return of investment on a slide film re issue is quite questionable to me.

However, I do support slight price increases because in this world everything is getting more expensive almost every day. why should film prices stay the same?
Let´s see what “signifficant” means in Kodak terms…

I am a retailer of Kodak products in the UK and the price increases are geninely quite significant – almost a 50% increase for Colour Plus (going from £1.92 per roll wholesale to £2.96 per roll wholesale) and a 25% increase for Portra (going from £24.00 per box (160) wholesale to £30.00 per box wholesale). Retailers will of course pass the increase on to customers as the profit margins for fill are already quite slim, so the retail prices in the UK will look something like this. Colour Plus 36 exp – £4.50 per roll (up from around £2.50 –… Read more »

I feel like if Kodak really wanted investors but were having issues getting investors or a loan because of their past credit history they should have just reached out to the community and done a kickstart type of crowd fund to pay for the equipment and then give back to us on the back end through some kind of discount or promise of dibs on the next new emulsion or reboot of a classic. It’s hard for me to believe that in this day and age they would lower the prices after they see customers are willing to fork over… Read more »

The main problem here is that while some people (probably mostly current pros able to offset their costs, retired individuals who aren’t hurting for money in any way, and people who barely shoot any quantity of film to begin with) will indeed “fork over” the money for film at a higher cost, there are probably a lot more individuals within the film community who simply won’t be able to afford it at all, and they may have to abandon the hobby they love altogether if the present trends continue. I’m sure many already have had to, and not by choice,… Read more »