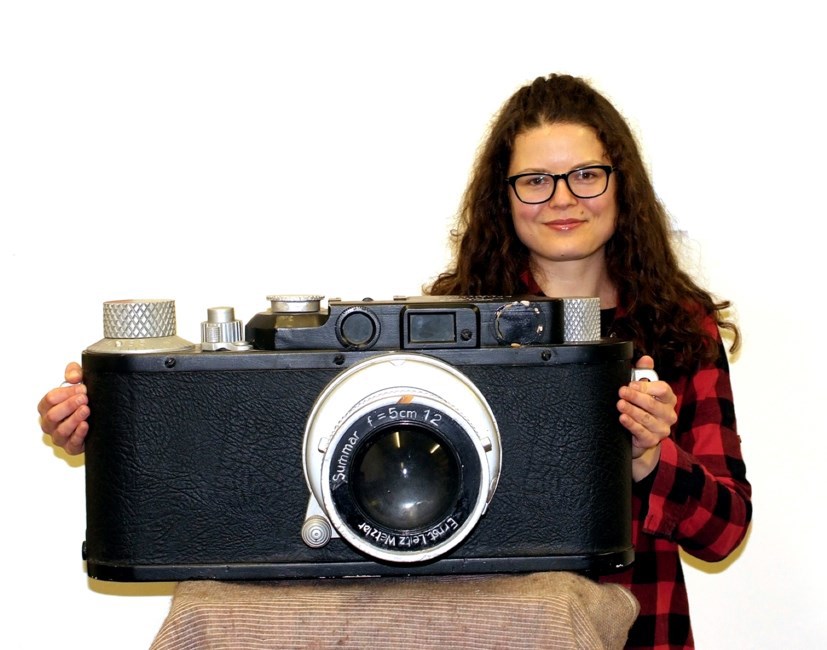 A huge wooden model of a Leica II has sold at auction in the UK – fetching more than three times its estimate.

The Leica was billed as “the world’s largest Leica?” by Aston’s Auctioneers, who sold it in a camera and photographica auction on Thursday (28 November).

The model’s listing reads: “A large model of a camera, based on a Leica II. Hand-made from (solid?) wood and well detailed (a couple of parts actually move) and with a leatherette type covering to the body.

“The front of the lens has a condenser lens loosely fitted which may be a later addition, but enhances the overall effect.

“Unable to find any information about the name Jon Catton 1986 (presumably the maker, and the date he made it) impressed into the top. No history or provenance is available from the family of the collector of this items, except that they thought it came from Germany.”

The auctioneers believed that if the model was made in 1986, then it may have been produced to mark the 60th anniversary of the Leica II, but the Leica II was in fact released in 1932.

The listing also reads: “Overall condition is good with just a few minor bumps and dings, one round rangefinder eyepiece cover missing from the front, plus a chip from the front of the lens at around the 12 o’clock position. A VERY heavy and unique item.”