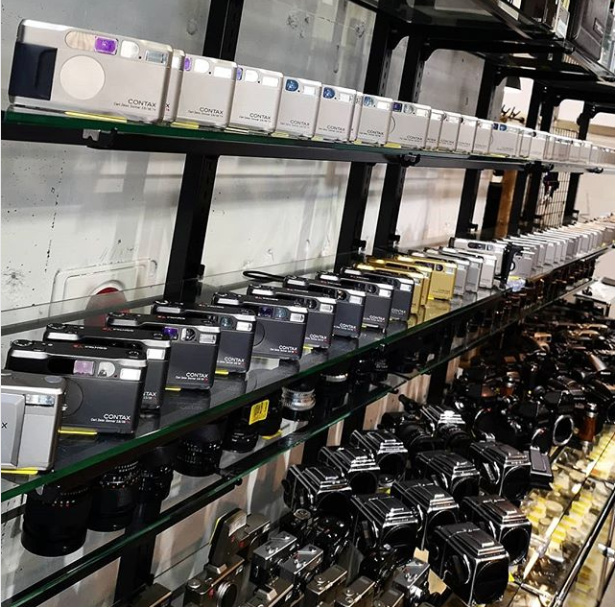 If you’ve been hankering for the Instagram-friendly likes of the Contax T2 or T3, you might want to seriously consider a trip to Tokyo.

The cameras have become even more sought after in recent years thanks to their adoption by the likes of Kendall Kenner and Chris Hemsworth.

Contax T2s and T3s in working condition are getting more and more expensive in the West – Kosmo Foto reported on one London camera store wanting near £2,000 for a T3 earlier this year.

Camera Rescue founder Juho Leppanen, however, posted on Instagram one place with a seemingly endless line of these sought-after compacts.

The camera shop – Film Camera Tokyo – boasts what looks like dozens of T2s and T3s waiting to be snapped up.

Leppanen, whose Finland-based Camera Rescue has vowed to save 100,000 film cameras by the end of 2020, is currently on a tour of Japan and the Far East. You can see more of his camera-tastic updates if you follow him on Instagram (@camerarescue).

You guys are doing an excellent job to increase even more the price of these cameras, with all the attention you bring to them! 🙂

I don’t think we’re having as much of an effect as the Kardashians and other celebs! 😉