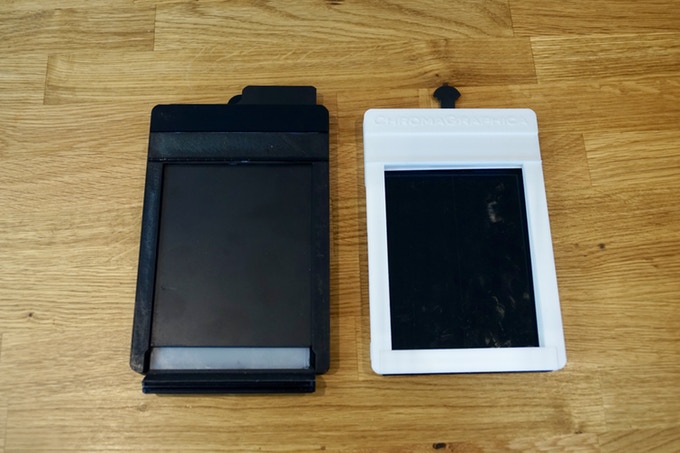 Steve Lloyd of Chroma Camera and Jason Lane of Pictoriographica have teamed up to launch a new dry plate holder for large format photographers on Kickstarter.

“The idea for the ChromaGraphica dry plate holder was born out of a desire to make the dry plate process more accessible to the large format community,” Lane said on the campaign’s Kickstarter page.

“Gelatin dry plate photography is an analogue black and white photographic process which dates from the 1870s when silver halide photographic emulsion was hand-poured onto glass plates and allowed to dry prior to use as a negative.

“The development of dry plate negatives made photography more convenient than the wet plate process of the mid-1800s, which required the negative (or positive image) to be exposed and developed onsite. Due to the greater convenience of flexible film, dry plate photography faded out of common use by the 1930s.  For the past several decades, shooting dry plates has meant making them yourself. In 2017, I established Pictoriographica and began making and selling my own hand-made dry plates to photographers around the world.

“Like sheet film, light-proof holders are essential for shooting dry plate.  Most people ended up using 100+ year old holders.  While solutions do exist, I do not think they are ideal,” Lane said.

A holder can be had for as little as $54 (£45) plus postage via the Kickstarter campaign.

Steve Lloyd created the Chroma 5×4 camera which was successfully funded on Kickstarter in 2018.

The holder holds two dry plates up to 2mm thick, and loads in a very similar way to modern film holders. The holder come with a special indicator which shows the photographer if the holder is loaded with a plate or not.

The indicator also helps removal of the dry plate without touching the emulsion side.

“I know you won’t be shooting dry plates exclusively.  When you take a break from shooting dry plates, you don’t want a useless holder cluttering up your camera kit.  So we made sure you could still use this holder to load film,” Lane said. 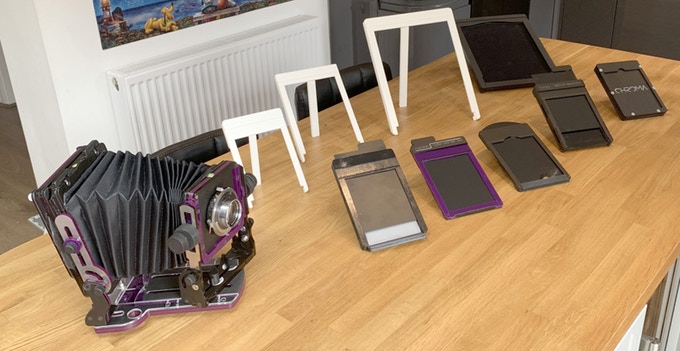 The holder has been taste on a range of large format cameras and fits all tested designs.

At the time of writing the Kickstarter campaign has raised nearly £13,000 of the £27,000 it is seeking after only two days.

The Kickstarter campaign will finish on 9 September.