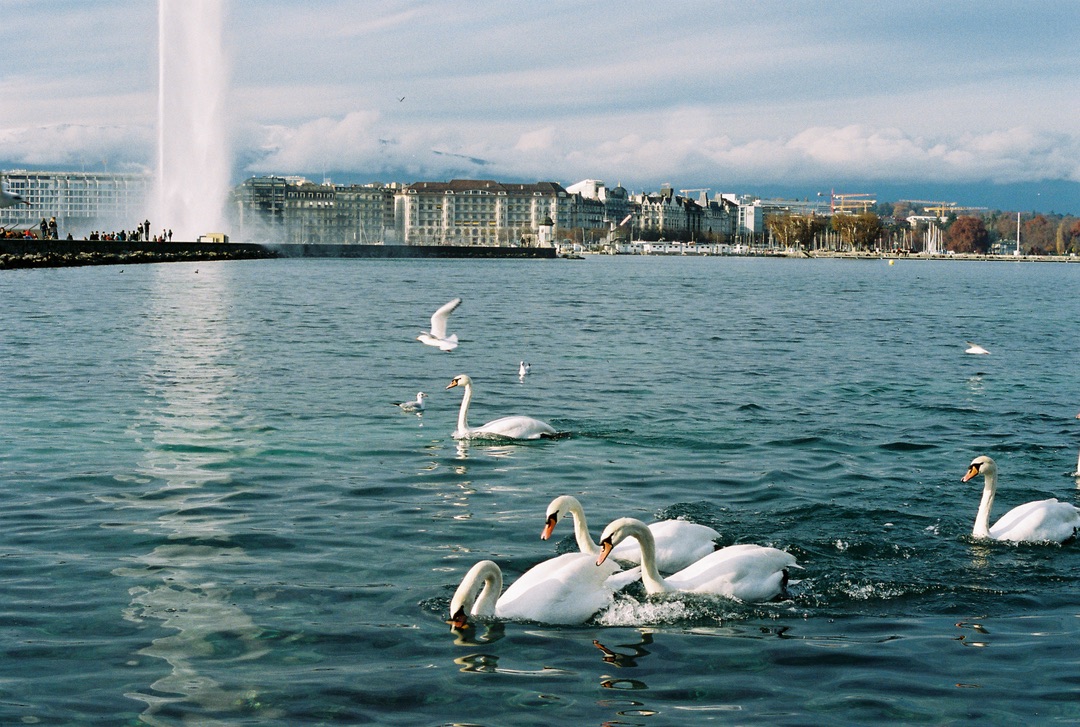 Home Travel Around the World in 80 Cameras ATWI80C 3: Geneva on an Olympus OM-1
KF article top

Geneva is the largest French-speaking city in Switzerland and the second-largest overall behind Zurich. Situated on Lake Leman (or Lake Geneva), it is nearly surrounded entirely by French territory: if you drive to the east, west or south you will be in France within half an hour.

Mountains rise up from the lakeshore to create a permanent backdrop to daily life. But it is the that lake dominates the city: the beaches and lakeside bars provide entertainment throughout the summer, iconic hotels and watch-makers border the northern shore, and the Jet D’Eau is an evergreen tourist attraction.

The city began meaningful life as a key Roman border town in 121BC so its history is long and varied – with fortifications, monuments and a cathedral to match.

Despite the cafes, the language and the styles of Paris, Geneva is undoubtedly a Swiss city. Shops close at 7pm on weekdays and never open on Sundays. Democracy is operated bottom-up, with referendum posters more common on roadside advertising than commercial messages. Protestantism is prominent and celebrated – with the added significance of being the place where John Calvin personally headed the local Reformation in the 1540s.

In the face of all these impressive constructions – both natural and man-made – I find capturing photographs of the iconic Geneva landmarks difficult. Partly that’s because of the typical modern city issues: tram lines and telegraph wires criss-crossing in front of every building, old streets dragged into the modern era with roadsigns and painted lines, shops and restaurants occupying historic squares.

And partly it’s down to how cramped the city can feel: 2,000 years of history and 200,000 people fitted into an area that you can comfortably traverse under an hour.

For this last reason I usually choose to equip my Olympus OM-1 with its 28mm lens. On a good day this can allow me to match the small details with the grand buildings, and the size and ease of the camera make it a genuine pleasure to use in any situation.

My family has been lucky enough recently to welcome a daughter into our midst, and this has provided me with even greater incentive to rely on the OM-1. I inherited it from my father-in-law when he passed away in 2008, and there is a magical connection to have it with me as I walk the city with his daughter and granddaughter. It is also a fantastic camera in its own right – a legendary SLR that was announced in 1972 and took amateur photography by storm in the following years.

While later iterations (the OM-2, OM-3 etc) made incremental improvements to the metering, shutter speeds, ISO range and other features, there is a mechanical purity to the OM-1. Its only mode is manual, the small battery needed for ‘full’ operation is solely responsible for the internal light meter. This means that the camera can be as fast as the photographer using it, and the performance in different temperatures (Geneva ranges from -8℃ in winter to +35℃ six months later) is steadfast and consistent.

The OM-1’s most famous feature is its viewfinder; called ‘the best … in any 35mm SLR’. It is big, bright, and crystal clear. Often I forget just how good it is until I haven’t picked it up in a while – but the first time you lift it back to your eye it hits you all over again! The small lever in the side that gives you your light reading is subtle, accurate and unobtrusive.

I’m lucky with my work on Analogue Wonderland to have easy access to a range of different films. For this project, and with only two weeks to shoot and develop ahead of the deadline, I chose some reliable emulsions. Kodak Tri-X and Portra 400: one B&W, one colour, and both at a speed that could cope with the overcast skies and drab lighting that is typical for a European January. As the skies lighten and we plan some trips into the mountains I plan on making the switch to slide film. Possibly pitching Ektachrome 100 against Velvia 100 to see how the newest addition to the E-6 clan can cope with alpine landscapes and late-night portraits! 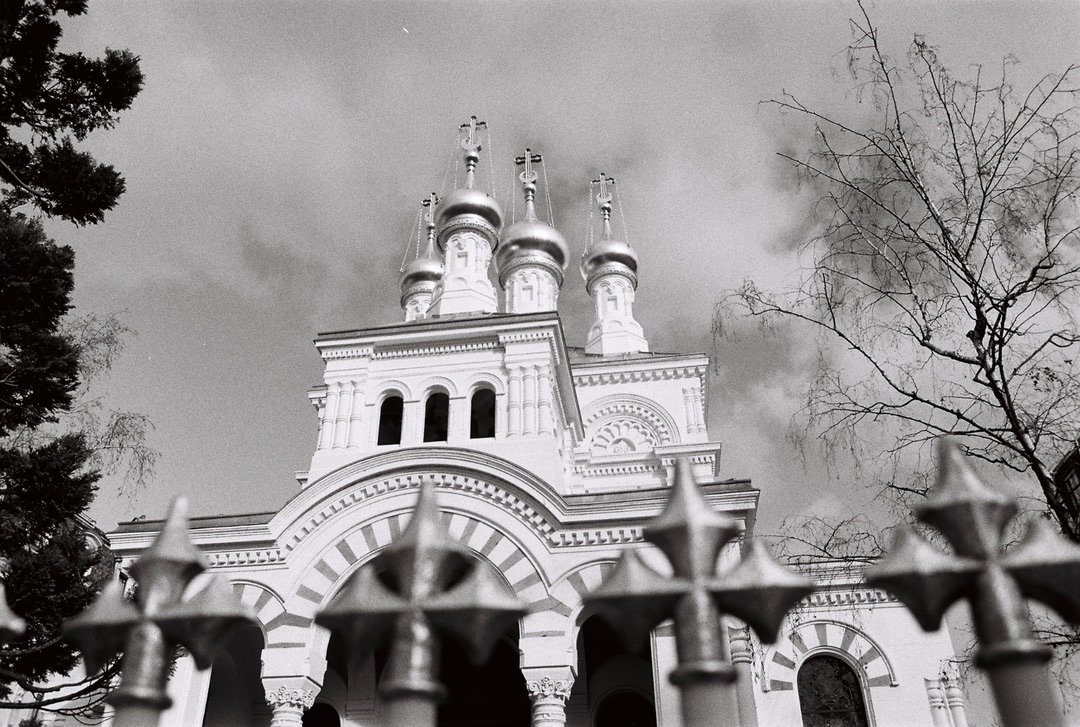 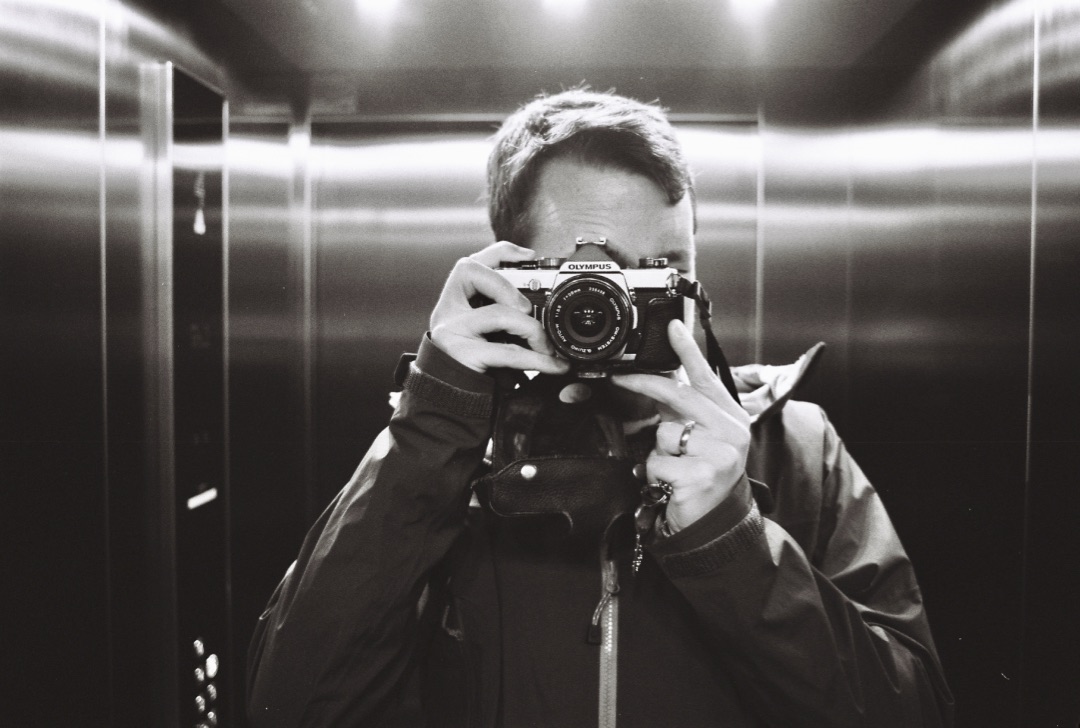 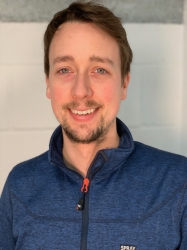 His passion for all things analogue started with the gift of a 1970s Olympus SLR, and in the many years that have followed he has taken film photographs in the Lake Districts, North Korea and everywhere in-between.