Have a soft spot for Leica film cameras?

If the answer to all three of those questions is yes, then allow Kosmo Foto to be the messenger: the very last Leica M3 ever produced is up for sale, along with its box, accessories, and a host of documents proving its provenance.

The listing reads: “The last Leica M3 and “newest” Leica M3 made. Production serial No. 1164865. Unique, rare, outstanding and spectacular in every respect!

“Along with letters of authenticity from Leica, special order request, original matching order # from the original owner in 1968, receipt and additional letter from Leica to reiterate the authenticity of this camera. Really a magnificent piece of history.”

The Leica M3 was introduced in 1954, and 226,178 of the cameras were built before production ceased in 1966. The M3 gained particular notoriety due to its use by many combat photographers in the Vietnam war, aswell as its use by Magnum photographers such as Henri Cartier-Bresson and Rene Burri.

The price may seem eye-wateringly steep for those who don’t subscribe to the cult of Leica, but as Setadel Studios pints out, six-figure sums for Leica M3s are not out of the ordinary. 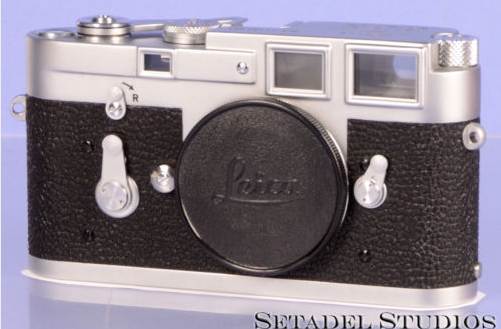 “Then, there is this camera. The last and final camera.”