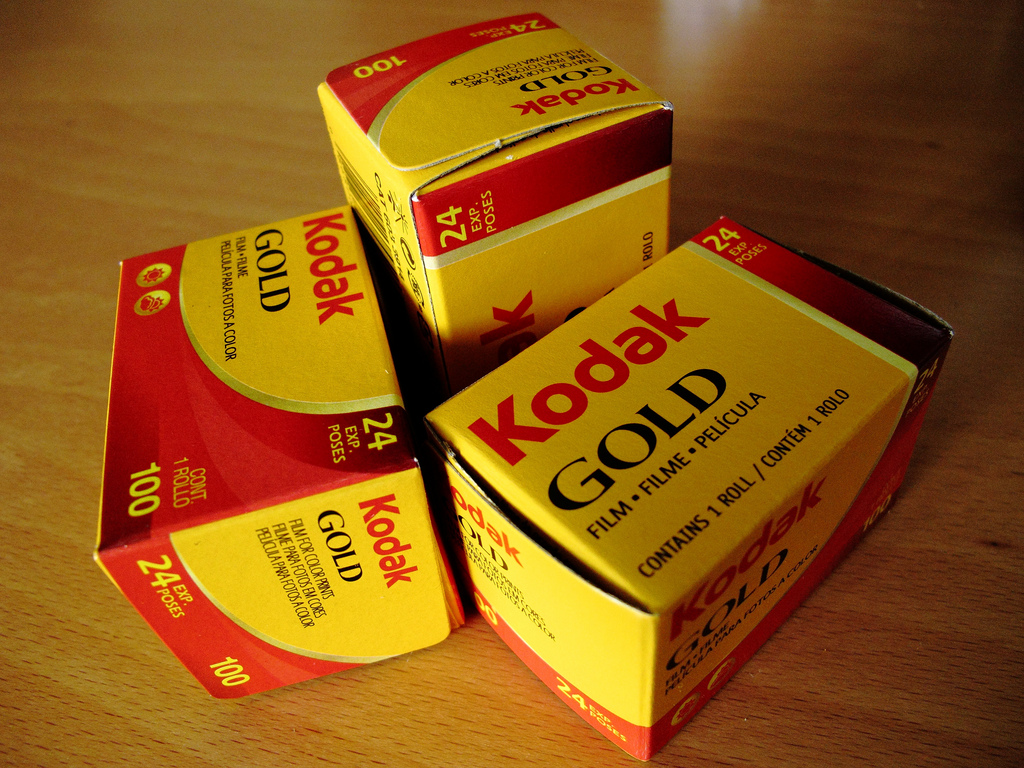 It’s official. Thanks to the success of last year’s release of Ektachrome E100 in 35mm, Kodak Alaris has announced plans to bring out the film in 120 and large format sheets this year.

Kodak’s Alaris UK’s Andy Church made the announcement during this week’s episode of the film photography podcast Sunny 16, and later exclusively confirmed to Kosmo Foto by Kodak Alaris HQ in the US.

The re-release of Ektachrome came, of course, hot on the heels of the return of the high-speed TMax P3200, which was released in early 2018 after being discontinued in October 2012.

But Church also hinted to Sunny 16 that the resurrections may not stop there. “We’ve had a very positive response from the market, and that’s fuelled the fire a little bit in terms of thinking about what we can do next. We’re certainly looking at having conversations about other films we could possible bring back and other things we could bring to market.”

So which films should Kodak bring back from the dead. Kosmo Foto, looking through the list of Kodak films of yore, suggest these.

Plus-X
This 125-ISO film was one of Kodak’s best-loved black-and-white films, especially by landscape and travel photographers, though this couldn’t ultimately save it from the axe back in 2011.

Originally launched way back in 1938 (making it older than the venerable Tri-X), Plus-X was superseded by TMax 100. The film had an old-world feel to it, in contrast to the more modern TMax emulsion; it’s similar to the differences between Tri-X and TMax 400.

Plus-X is fondly remember, not least by Church himself, who nominated this as the film he most wanted the company to bring back.

Comeback chances? High, given that the similar Tri-X remains a staple of the Kodak line-up and Fujifilm has axed Acros 100.

Ektachrome 400X
Despite the recent good news about Ektachrome, if you want to shoot slide film you have to be happy shooting 100 ISO (apart from Agfaphoto’s rebadged RSX 200). That’s great for summer vacations, sunny-weather street photography and studio work with decent lighting (and a tripod), but what if you want to shoot something with more challenging light – a concert, natural light indoor portraits etc – you’re going to be struggling.

The last of Kodak’s higher-ISO slide films, Ektachrome 400X, had already gone by the time Kodak pulled the last of its slide emulsions in 2012. This left Fujifilm with the higher-speed slide market to itself until it pulled Provia 400X a year later.

With Ektachrome E100 launch going so well, could we see a higher-ISO equivalent following not to far in the distance?

Comeback chances? There’s a definite gap in the market, and 400 ISO is a hugely useful speed suited to many styles of shooting.

This high-speed colour negative film was discontinued in 1994 (35mm) and 1997 (120), and the Ektar name wasn’t resurrected until the launch of the new Ektar 100 in 2008. Again, high-speed colour film – admittedly, a specialist emulsion – is wide open since Fujifilm pulled the plus of Superia/Natura 1600.

Is there a market for it? The healthy sales for Portra 800 and Cinestill 800 would suggest there is.

Gold 100
Think of Kodak print films before the era of Portra, and chances are you think of Kodak Gold. Gold was the consumer print line for much of the 1980s and 90s, the kind of film that people loaded into their cameras for holidays, parties and special occasions. It took a generation of memories, and sported some of Kodak’s most distinctive packaging.

Kodak already has two 100-ISO colour negative films in its line-up, Ektar 100 and Pro Image 100. The latter is widely regarded to be a version of gold that was tweaked for sale in Asia and Latin America (it was formulated especially for darker skin tones). In the process it lost some of he saturation and warmth of the original Gold 100, something also lacking in the finer-grained Ektar, which has a slightly more cyan bias.

Plus it would be an excuse to re-use Kodak’s glorious old-school logo for a revamped Gold range. It’s a branding no-brainer.

Comeback chances: Good. Years after its demise, Kodak Gold is still with us, at least in 200 and 400. Pro Image 100 is only available in boxes of five. There’s space for another film in the market and Gold 100 is a classic choice.

Elite Chrome 100
The slide film market used to have a clear delineation – professional films such as Kodak’s Etachrome and Fuji’s Fujichrome, and consumer-grade emulsions like Kodak Elite Chrome, Agfa Precisa and Fuji Sensia. The pro-spec films were produced to much more exact standards – you could be assured of colour balance from roll to roll – while the consumer films were more robust, and didn’t need to be kept cold stored.

Kodak produced a range of Elite Chrome films – 100, 200, 400, and tungsten-balanced films such as the 160T – until a decade or so ago. All of them were fantastic films, with the 100-ISO version having another ace in its sleeve; it was a brilliant film to cross process (see examples above). LOMOgraphy sold a re-branded version of this film as its Xpro Chrome 100 film for some years.

Releasing a cheaper slide film – Ektachrome E100 sells for £14 in the UK, not exactly cheap – will help ensure E6 photography survives; the more photographers who use it, the more labs will continue to offer E-6 processing.

Comeback chances? Fair. Ektachrome can be tweaked, and Kodak could once again dominate slide photography after nearly a decade of Fujifilm monopoly.

What is your choice for the next resurrected Kodak film? Let us know in a comment below.

I would have added Kodak BW400CN, a film I liked a lot.

Personally I’m new to film so it doesn’t bother me. However the article does highlight gaps in the film lineup which would be nice to be bridged. It would be cool to see colour infrared back, but realise this is a very small and unique audience.

Can’t wait to find out though.

There is actually a colour infrared lookalike: LOMOgraphy LOMOchrome. Despite the ‘chrome’ suffix it’s a colour negative emulsion. It was sold in two variants (purple- or azure-toned) until a couple years ago. The purple version is to come back this year. Expect heavy colour shifts and unnatural rendition!

I have a list of my own, but at the top is Super XX in sheet sizes. This an easy no-brainer for K-A since they still make it as a motion picture stock.

Kodak 2475 ‘recording film’ for highest resolution with POTA or technidol type development. Or, instead of ISO 125 Plus X, bring back Panatamic X, ISO 32, a sharper, compressed high curve film compared to Plus X, but with modern development choices, superior.

Please, pretty please… Ektachrome 400 and Elitechrome 100… I really need more (and affordable) slide film…
If people only knew how easy it is to digitize slides (by just photographing them with a digital camera), no one would bother to use color negative film that needs to go through a scanner…

I honestly think Kodak should investigate into bringing back some sort of photographic reversal paper. What’s the point of large format slide film if you can’t optically print it. Scanning is fine, but it gets excessive with LF and that’s the area where optical wet printing really stands out.

Yeah…I will throw in another vote for Plus-X. I have a few bricks left I the freezer. Love the stuff!

Although not as familiar with these films, resurrected films are always encouraging.

For me only an Ektachrome E100G. The best film.

I don’t think Gold 100 is that important. Pro Image 100 is warm and looks a lot like other Gold films. But the returning of Kodak E100VS would be awesome. It was such a unique film…

Interesting, I’d not heard that before.

[…] Here Are Five Films That Kodak Should Revive – Kosmo Foto […]

Kodak Gold sucked. Why elite chrome when you have ektachrome? I get ektar1000, for sure it would be great to get plus-x, that would be a bigger deal than anything and if the whole motivation for ektachrome was movie film plus-x should be in line.
But over anything, HIE infrared would be the seller for still shooters. Never been an IR film close and the 4×5 stock would be unreal. C-mon Kodak!

© All material copyright Kosmo Foto except where explicitly stated. No part of this website can be reproduced without written permission.
wpDiscuz
24
0
Would love your thoughts, please comment.x
()
x
| Reply