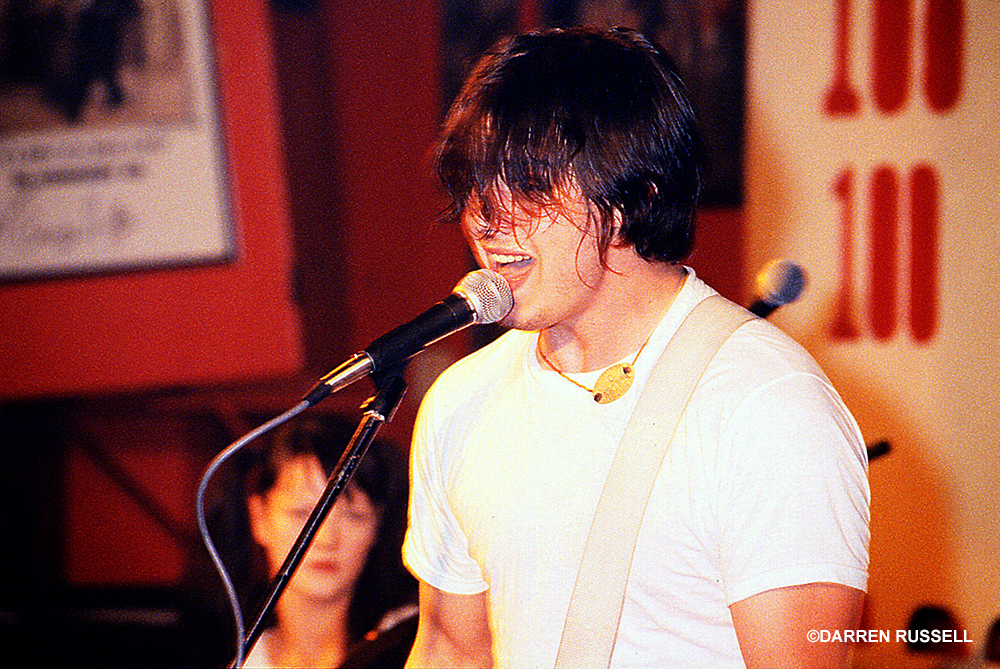 There are a few rock gigs that figure much, much larger than most.

The Who live at Leeds University Refectory, turned into one of the most visceral albums of all time. Jimi Hendrix at the Monterey Pop Festival, pouring lighter fuel onto his guitar at the end of an incendiary set. The last night of David Bowie’s Ziggy Stardust era at the Hammersmith Apollo in 1973, with the decadent goings on in the audience as the show came to a close. Oasis being signed on the spot after a six-song set at Glasgow’s King Tut’s Wah-Wah Hut.

The 100 Club on London’s Oxford Street has seen more myth defining gigs than most – Sir Paul McCartney’s gig in 2010 after the club hit sure straits being one of the most recent.

Before the smartphone age, few people attending gigs had the means to document it. Those lucky enough to have been at the 100 Club for its 1976 Punk Special, for instance – with the Sex Pistols, The Clash, The Damned and Siouxsie and the Banshees all on the same bill – are unlikely to have any pics to help them remember.

On 26 July 2001, the 100 Club played host to another gig that has achieved legendary status. The White Stripes – guitarist Jack White and ex-wife Meg on the drums – were already several years into their career but almost unheard of outside their native Detroit. They booked a night at the 100 Club as their first stop on a UK visit promoting their third album ‘White Blood Cells’.

The 100 Club wasn’t chosen by accident; Jack White’s love of the blues was partly inspired by Son House’s album ‘John the Revelator’, which had been recorded at the 100 Club back in 1970.

Photographer Darren Russell was the only professional photographer there that night. Now, his photos from that night are being published for the first time in a book, ‘100 Nights at the 100 Club’, which is currently being crowdfunded on Unbound. 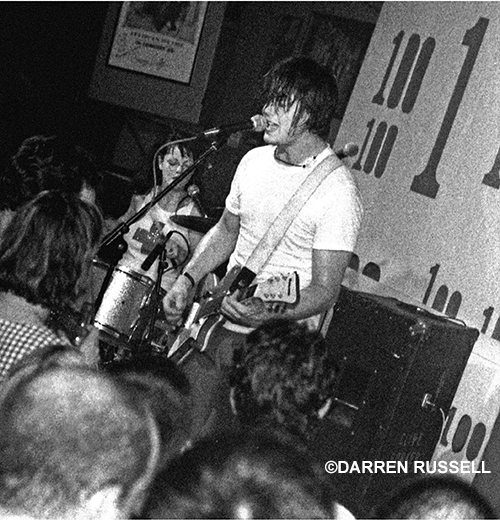 “I’d been told about them by my friend Diane, who kept telling me how brilliant they were, but I’d not got round to checking them out,” Russell tells Kosmo Foto.

“The club was packed, Diane was down the front. I’d photographed lots of popular bands before and I was like, ‘OK so they can pull a crowd’. It wasn’t until later I found out it was there first gig in London.

“I remember thinking, ‘OK there’s just two of them hmmm, but then they started playing – bloody hell what a sound. With these things you always have people who just turn up to be seen and spend all night standing at the bar talking and hardly acknowledge the band playing, but that didn’t happen this night, every one there was watching the band.
“They were so passionate as they played, the next day I went out and bought all the albums I could. I think a lot of people did the same.” 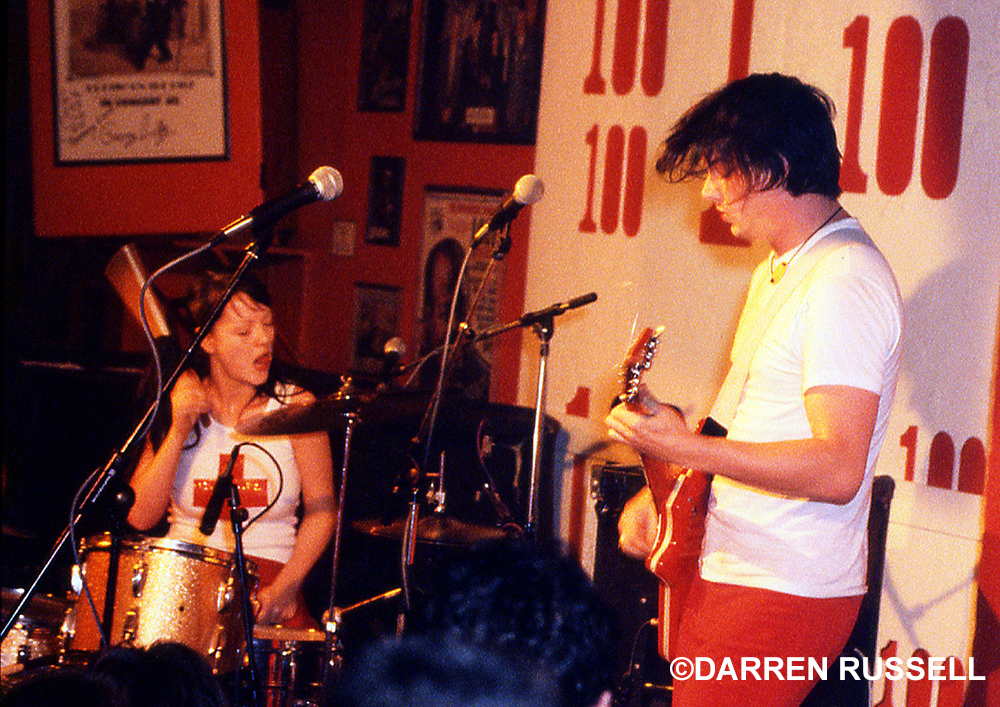 This was before any gig photographers switched over to digital; there were a number of labs open late at night for press photographers to get films developed in the small hours. Russell shot the gig on a Nikon F3 with a Metz 45T Hammerhead flash – “brilliant camera, a real workhorse, and a fantastic flash”.

The next day the gig would be talked about on BBC Radio 4’s Today programme – a serious news programme more used to mulling over matters of state. There were breathless write-ups in tabloids like The Sun, too. A band who had entered Britain almost unknown would rapidly become household names.

Russell’s favourite shot from the night is the one at the top of this post, Jack White’s plastered over his face, perfectly summing up the sweaty intimacy.

“I’d never heard a band like them,” Russell says.

* ‘100 Nights at the 100 Club’ is currently being funded on Unbound. You can pledge to buy the book. 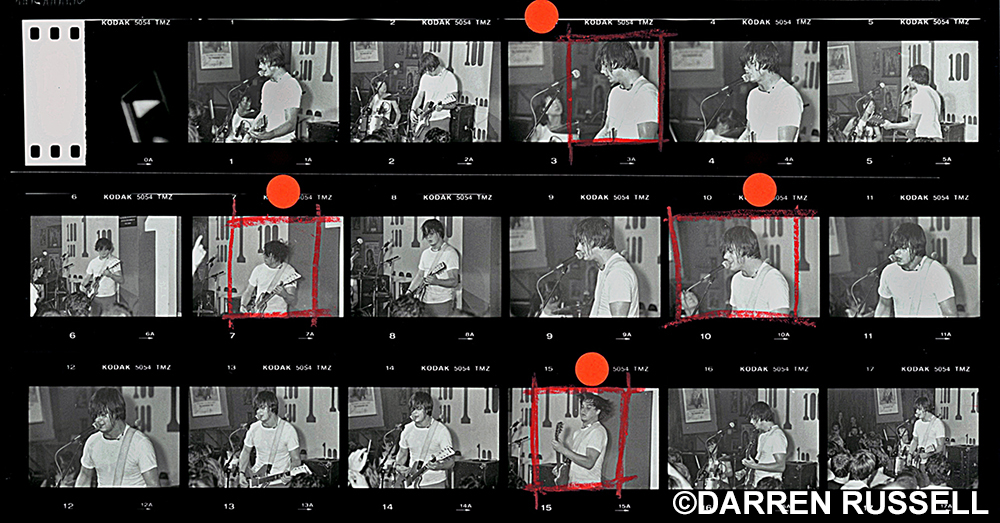