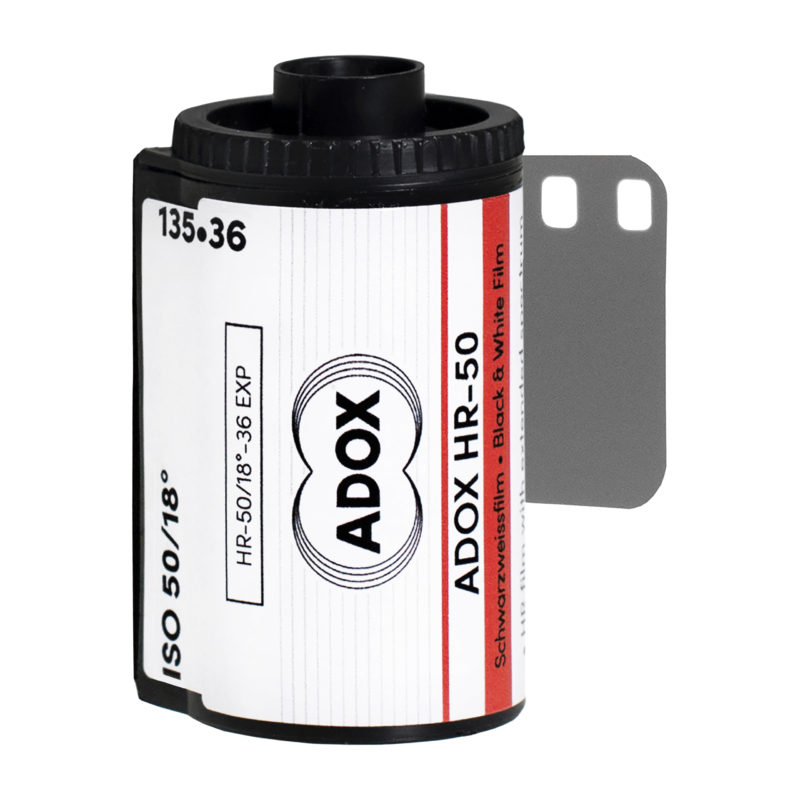 German film producer Adox have announced a new film which will be unveiled at this month’s Photokina trade show.

HR-50 is a 50-ISO fine-grain black-and-white emulsion which is expected to be available to buy on 26 September, the company says.

A statement from Adox on the Fotoimpex website said: “ADOX HR-50 is based on an emulsion commonly available for technical purposes, featuring an ultrafine grain and superpanchromatical sensitization.

“ADOX HR-50 is especially suitable for street and landscape photography.
In portrait photography we recommend our dedicated HR-50 developer.

“The film’s speed is enhanced to 50 ASA using ADOX´s new SPEED BOOST- technology. The gamma is reduced so it becomes perfectly usable for pictorial photography in regular developers.

“ADOX HR-50 can be used as an Infrared film and responds extremely well to any sort of filtration (yellow, orange, red, blue, green).”

The Adox name goes back to 1860 – it was the first photographic materials manufacturer in the world. German photographic retailer and distributor Fotoimpex gained the rights to the name back in 2003, and set up the current ADOX Fotowerke GmbH film factory in Bad Sarrow, outside Berlin.

Adox has brought out a range of black-and-white films since then, such as the CHS 20 II ISO-20 fine-art film and the high-contrast Silvermax emulsion – as well as photographic paper and chemicals.