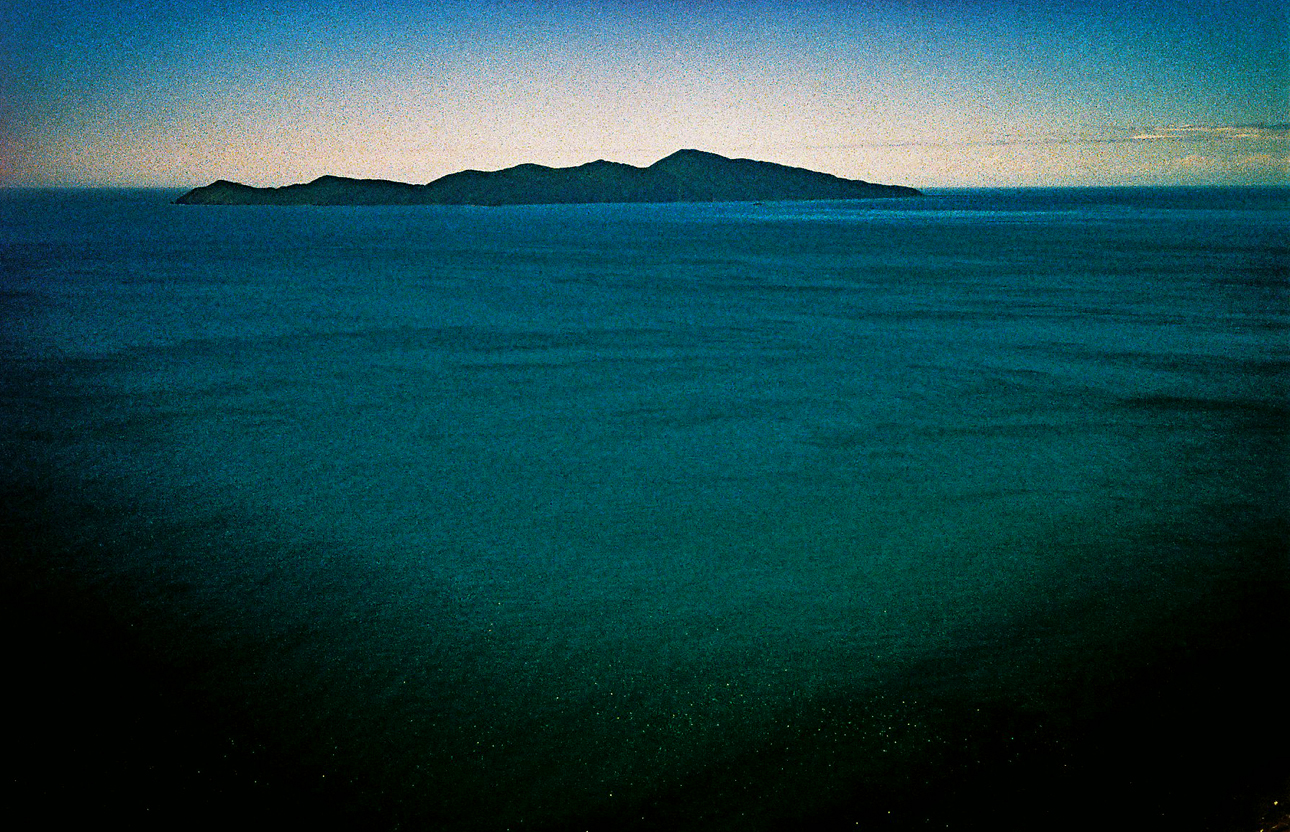 Kapiti Island is an island that sits a few kilometres off the Kapiti Coast, about 32 miles north of New Zealand’s capital, Wellington.

It was once a base for Maori war parties, and then European whalers who plundered the whale nurseries in nearby waters. Since the end of the 19th Century, however, Kapiti has had a different role; as an offshore nature reserve keeping some of New Zealand’s unique bird species free from introduced predators such as stoats, rats and cats. In the summer months, a handful of tourists are allowed each day to visit Kapiti, coming face-to-face with the amazing birdlife that live in the island’ isolated calm.

The island is an iconic presence, some five miles long, it looms off the coastline like a giant warship. The coastline here sweeps in one long curve up towards the Taranaki headland some 180 miles away. There are few islands to be found, and Kapiti is by far the largest of them.

I took this on the Paekakariki Hill lookout, a winding road that leads down from the farming hill country to the State Highway below. It’s not a drive for the faint-hearted. I grew up a few miles into the hill country, when I think of home – having lived on the other side of the planet for more than 20 years – this is what I see. On a good day, you can see nearly 200 miles along the coast, and the peak of Mt Taranaki far in the distance.

I took this on my recent trip back to NZ. I’ve a fair few pics of the island taken on colour neg or slide film from earlier visits, but this time I had my Olympus 35RC – the poor man’s Leica – loaded with old Kodak Elite Chrome 100. It’s one of my favourite films to cross process, deepening blues and adding richness to the blacks.

If you’re a New Zealand living far from home, you miss the quality of the light; the intense, searing brightness that gives Kiwis the squinting crow’s feet around the eyes. It’s not just the sunshine, but the brooding rain clouds that arrive in almost no time, the storms sweeping in off the sea. This, oddly enough, is close to what I see in my mind’s eye when I remember home.