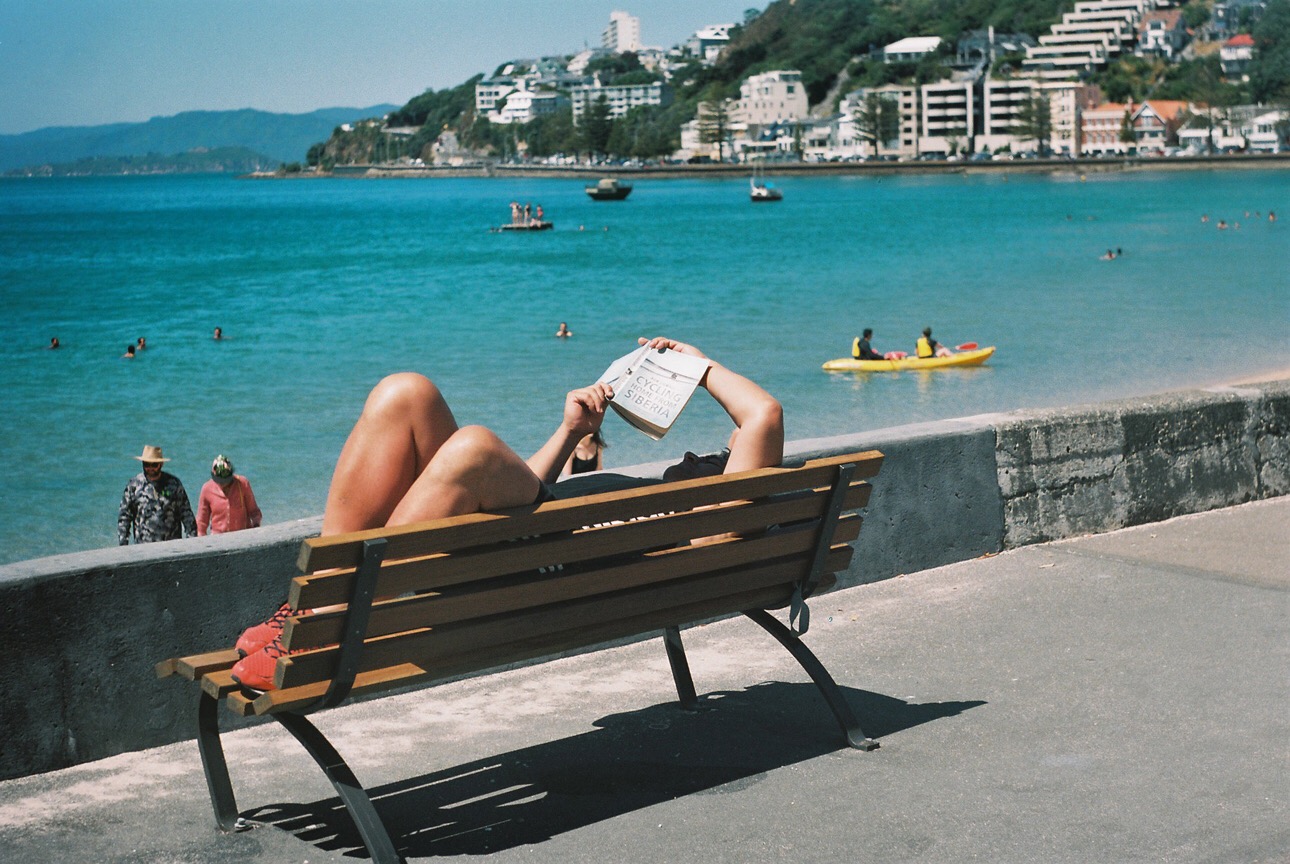 I grew up near Wellington in New Zealand, a compact capital city built around a deep, natural harbour. It’s not a city blessed with miles of golden sand beaches – on the city side, it’s more likely to be rocks and pebbles you have to scramble over to get the water. (Be warned, when you get there, it’s likely to be cold)

Much of the modern city was pushed up from the sea floor in a massive earthquake in 1855, and on each side the city is crowded by hills that tumble down towards the sea. On the eastern side of the city, there’s Oriental Bay, one of the city’s most expensive suburbs.

It’s also one of the best places in the city to walk and watch, and thronged on a sunny day.

I was back in Wellington for five weeks over Christmas. I took every opportunity to wander around the city with cameras at hand. Wellington’s weather usually hasn’t quite hit top gear for Christmas time – this time summer seemed to have arrived a few weeks early.

On this day, I’d wandered up t the top of Mt Victoria, the point above Oriental Bay which gives sweeping view of the harbour and the city beyond. The afternoon was hot and cloudless. Oriental Bay was packed with joggers and dog walkers, ice cream eaters and mountain bikers – and one figure lying on a bench, reading n the sunlight.

It seemed incongruous enough to be worthy of a picture, but it was only after I got the film back from the lab that I realised how much was going on around him, and how I’d accidentally managed to arrange it in the frame. The kayaker returning to shore, the couple hand in hand (with the woman’s top mirroring the colour of the shoes), the scattered head of the swimmers.

Equipment wise, this was shot on an old Soviet Zenit TTL SLR and Kodak Portra 160. Portra, as the name hints at, is usually marketed as a film for portrait photographers, but I like using it as a travel film. The colour palette’s slightly muted, but it’s a nice change from the more saturated 100-speed print films like Kodak Ektar and LOMOgraphy 100. And despite the heavy clunk of the Zenit’s shutter – I didn’t manage to disturb reading time. ‘Cycling Home from Siberia’. It must be a good book.

You can’t beat Wellington on a good day. Too bad they’re so few and far between