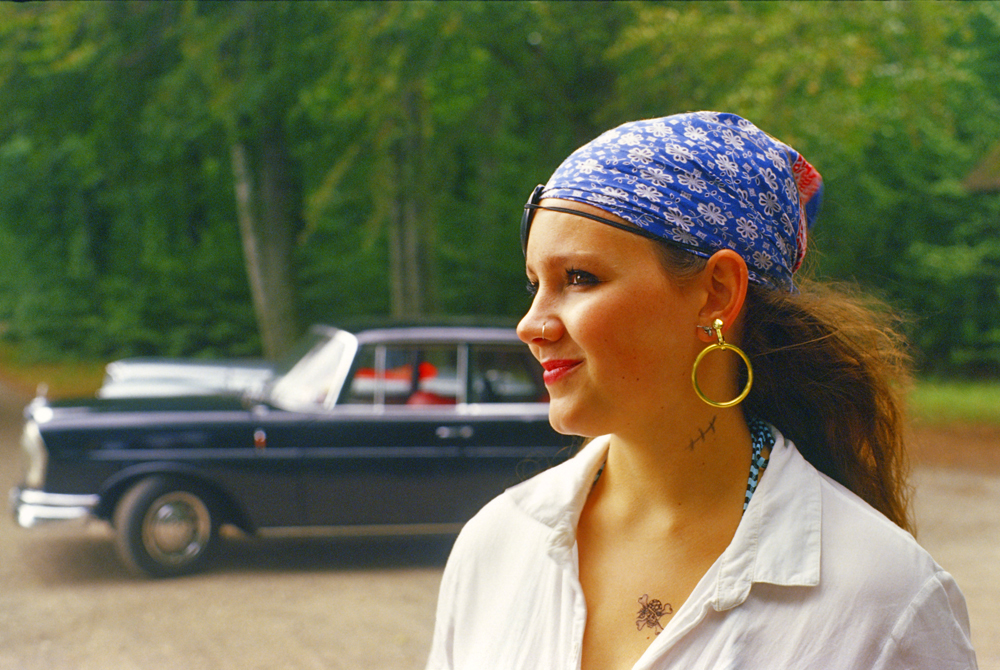 Every August, somewhere in Denmark, a bunch of people indulge in a car rally with a difference. They’re not marked on the time they take. Their cars are not inspected to make sure they have the right safety measures. In fact, the only thing governing this race is that their car has to be have built during the lifetime of a certain iconic actor.

The Steve McQueen Memorial Rally only has three criteria for entry – a car built between 1929 and 1980, fancy dress, and a distinct lack of the kind of elitist snobbery associated with classic car clubs.

The rally was started over a decade ago by my friend Henrik, a Danish DJ, radio host and record producer with a definite taste for classic cars. He owned a Volvo P1800, a 60s-era convertible that may be the Swedish car maker’s most beautiful design. He wanted an event to rival a more conventional classic car meet that takes place in the Danish capital Copenhagen every August. Something that would appeal to people more interested in a party and some dance floor action after the event than comparing each other’s stock portfolios.

I took part in the SMMR back in 2006, on a blistering hot weekend. I shot a bunch of films on a Voigtlander Bessaflex TM and an old Zorki rangefinder. I say in the back seat of a cherry red MG driven by two glamorous Danes, did donuts in a Jag driven by a man dressed as an English bobby, and rode in a 1950s Mercedes with its own nattily dressed butler. It was a lot of fun.

For some reason, I’d not made it back to the SMMR until this year. But having seen the preparations for this year’s event on Facebook, I decoded to make a return. And this year I made sure I would only shoot on cameras made during the reign of McQueen.

Like The Chap Olympiad, an event I’ve made several return visits to, the SMMR is the perfect place to experiment, using a range of cameras, lenses and films to add variety.
This year I packed a couple of old 1970s classics from Japan – a Pentax ES II SLR and an Olympus 35RC rangefinder – as well as a Soviet Zenit E and an old Kiev 10 Automat, the world’s first auto aperture SLR.

The Kiev developing some characteristic Soviet foibles – quite in keeping for a classic car event, where mechanical niggles are an occupational hazard. But armed with the rest I spent the day shooting a dozen odd rolls of film.

The SMMR is not about screaming from post to post in a spray of mud and gravel, nor is it pinpoint timekeeping with a stopwatch. It’s much more about creating a spectacle with your vehicle and costumes.

In 2006, the team that won best costumes came as Playmobile characters, complete with plastic hairpieces and the kind of accessories no self-respecting Playmobiler would be without; bottles and a pick axe, mostly. The SMMR regulars take this pretty damn seriously.

This year there were a trio of hard-drinking tattooed bikers; an Elvis and assorted Hawaiian babes; the Top Gear presenting team (complete with silent Stig); a bevy of Iron Men complete with irons and ironing boards; two permanently soozled mad Men types; and a Ghostbusters crew in an old Mercedes camper van, complete with a drop tank from a Ukrainian MiG bolted to the top.

The challenges included having to negotiate a natural maze in an eerily isolated farm, describing a mystery item to another team member to had to paint it, hunting for gold in the briny deep (overseen by pirates) and zooming around a course of traffic cones as quickly but as quietly as possible. For the trip, I squeezed into the back of an old landrover, driven by Paul and Jens, dressed as colonial hunters complete with pipes and pith helmets.

The rally ended up with a massive party on the isle of Møn, south of Zealand, with the Ghostbusters crew taking the prize – and with it the honour of setting the rally next year. I’ll be back, with McQueen-era cameras in tow.

Check out a selection of the weekend’s pics below, or the full set on Flickr.

This is the coolest things ever!

zorkiphoto
Reply to  Hannah in Iceland

Cheers, Hannah. It was a lot of fun.

Fun photos from what looks to be a really fun day. Thanks for sharing.

Thanks for looking, James.