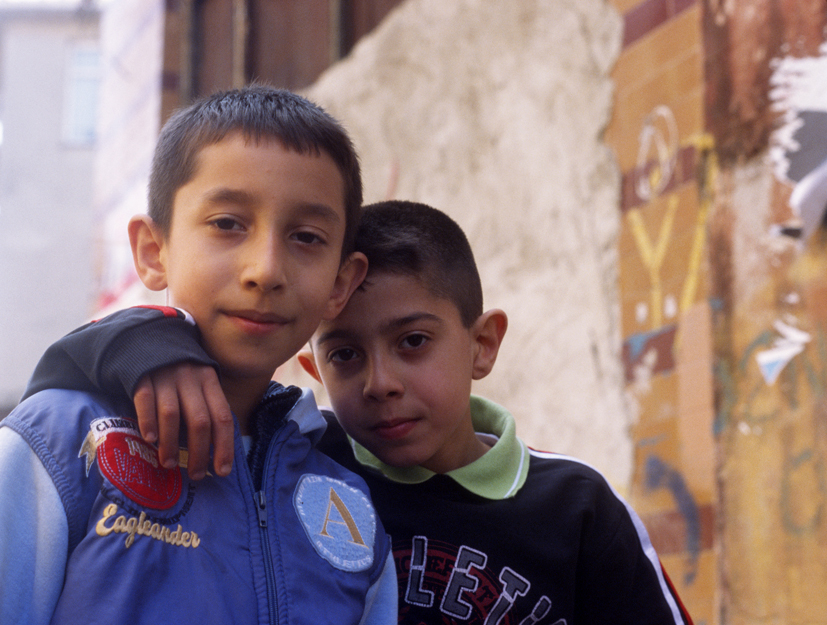 Every time I go to Istanbul, I try and find a new part of the city to explore. It’s not a difficult thing to do. Istanbul is enormous, home to many millions, with more and more arriving each day.

It’s amazing too how districts that are so close to the city’s sightseeing hubs seem so overlooked; a 10-minute walk can take you from streets crowded with tourists to neighbourhoods full of local colour.

One of these places is Balat. It’s like going back in time, and it’s one of the best places in Istanbul to take street photographs.

Istanbul’s economic development has seen many of its older districts renovated and replaced – meaning the bulldozers have raised many of the city’s more traditional areas along the way. But not Balat. Once a melting pot of cultures – Jews, Armenian Christians and Greeks – Balat was a thriving place, only a stone’s throw from the Golden Horn separating the city’s European side.

But during the 20th Century, Balat began to lose this multicultural flavour, and its fortunes dwindled too. It became one of the city’s poorest districts, a home to the waves of new immigrants coming from the country’s Anatolian heartland.

But that may have ended up being in Balat’s favour. There are streets here that look like they could be the backdrop of one of famed Istanbul photographer Ara Guler’s pictures. There are still rows of ornate Ottoman-style wooden houses, an increasingly rare sight amongst Istanbul’s modernisation. Conservation projects are starting to save some of these ornate houses. There are vintage stores where there used to be tea houses.

But for now, gentrification still seems a little way away. My visit to Balat was on a Saturday morning, bright with spring sunshine. It’s only 30 minutes walk from the bustling commuter district of Eminonu, but Balat’s streets were quiet and calm. Most of the traffic wasn’t from cars, but gangs of local boys playing football.

Many of Balat’s newer residents are more conservative; that’s something I had to bear in mind walking around with a camera. I shot a group of kids playing football, but as soon as they saw me snapping from the street corner the game was forgotten; they crowded around me, demanding their pics be taken and posing like hardened professionals in front of my old Pentax. The two lads you here were particularly disarming; their automatic instinct was to pose with arms around each other like blood brothers. I hope in 50 years time they’re sharing old jokes.

There were no bustling markets or throngs of people spilling from metro stations or bus stops; women were hanging out washing over the windowsills or heading to the shops. I ate in a local café where only one thing was on offer, flaky filo pastry pie filled with tangy cheese. It cost me less £1 and it was incredible. Apart from the TV in the corner, it didn’t look like it had changed in 50 years.

I wandered past a mosque where an imam was talking to a group of kids; I made sure he saw me and approved of me taking pics for. What I wasn’t prepared for was him then asking, in faultless French, “Parlez-vous Francais?” My rusty French could only do enough to persuade him that further conversation might be a little difficult. But it meant me finding two locals sitting in the shade by the mosque. Just like the kids playing football, they wouldn’t let me go without taking their pic. I found a beautiful retro store with a cabinet full of old cameras and curios that must have come from the Balat houses in richer times. I shared a glass of tea with the garrulous owner and scratched the heds of the street cats stretched out on the old armchairs.

There is a wealth of historical sights in Balat, and in the neighbouring locale of Fener – these include one of the city’s last synagogues and the Greek School, which once taught the thriving Greek community; now there are only around 100 students. But for me, Balat’s riches are in its streets; it’s a new highlight in a city I can’t get enough of.

And I’m not the only one – I saw at least two groups of local photographers taking pics in the streets. The secret is out.

Check out more Balat pics below, or on my Flickr set. And aslo be sure to look at these beautiful collection of pictures from Balat on the excellent site 52suburbs.

Told you so!
Your pictures are seriously lovely (as usual). I still need to find the old synagogue in Balat (or is it in Fener?)– just another excuse to stroll over there again!

I only visited Istanbul for a couple of days back in 1967 in transit to a job in another country.I and was duly impressed. I was particilarly fascinated by a cemetary with the uniquely carved miniature monuments on the individual graves.

I only visited Istanbul for a couple of days back in 1967 in transit to a job in another country.I and was duly impressed. I was particilarly fascinated by a cemetary with the uniquely carved miniature monuments on the individual graves.