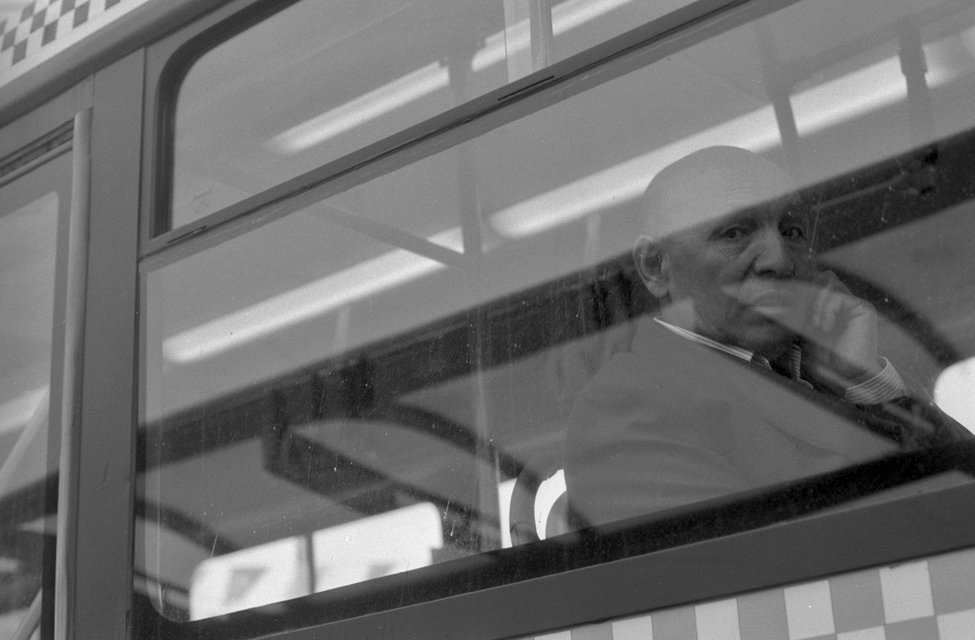 Istanbul is a goldmine for street photographers. Ara Guler, one of the members of the Magnum agency, made his name shooting the changing face of the city in the 1950s and 60s. And a new generation of street photographers have also discovered its wealth of opportunities – check out Eric Kim’s work from Istanbul, for example.

The city’s alleys and avenues are my favourite place to take street photos. Istanbul’s a city of nearly 20 million people; you’re never far away from hustle and bustle. And just like New York, it’s a city which rewards finding a place and waiting until a picture presents itself.

I took this shot near the bus station at Eminonu, on the western short of the Golden Horn. It’s Istanbul’s major terminus, full of buses, trams and ferries. It’s one of the best places to sit and watch Istanbul go by.

I hung around the bus station for 15 minutes, waiting for the right light to hit the buses pulling out of the station, with a Pentax ES II loaded with Fomapan 100 black and white film. It was a bright but overcast and grey day – perfect mono shooting weather. I saw this man talking on his phone to shoot a pic of him through the window. As I pulled the camera up to my face he saw me and flashed me a stare. I had time to click once, smile and the bus moved on.

It was only when I scanned the film that I saw his eyes had intersected with the darker reflection from the bus station behind me – positioning which happened entirely by accident. But then when you’re shooting on the street, accidents sometimes present you with your best pictures.

Getting just one shot like this – or the tram candid you can see here – on a day’s photography on Istanbul’s is enough to keep me happy.

Check out more of my posts about photographing Istanbul.

I love the pictures you shoot through glass. Such interesting layers!