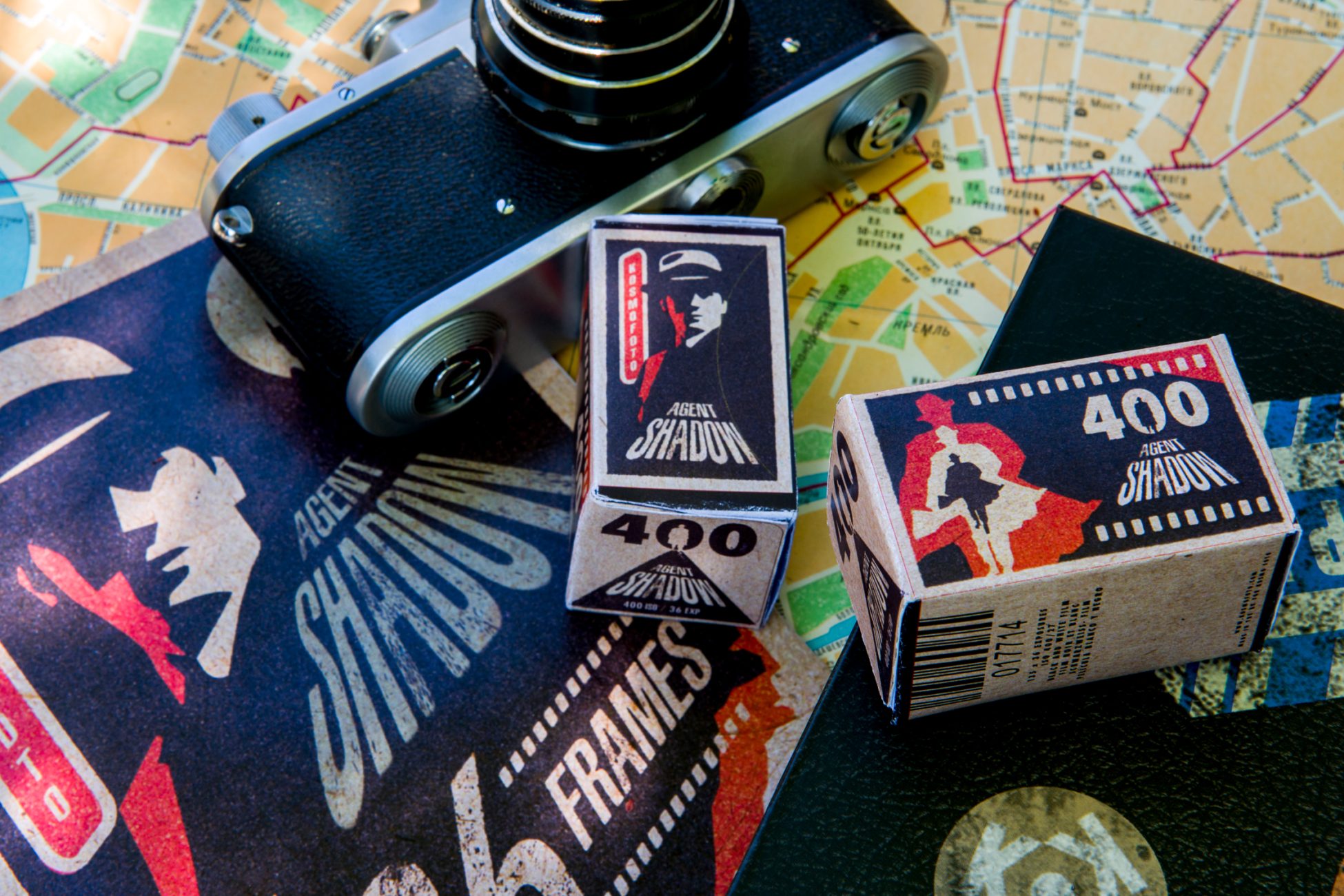 After many, many months of Covid-related delays, Kosmo Foto’s long-awaited Agent Shadow 400 film is now ready for release.

The Kickstarter-backed rewards are being sent out this week after a long wait for film to be produced. Much of the delay was down to a shortage of cardboard thanks to the Covid pandemic – much of it has gone to online retailers like Amazon and to pharmaceutical producers.

But now the film – 12,000 rolls of it – is ready. Pre-orders from the blog are being sent out over the coming days and Kosmo Foto is marking Agent Shadow’s long-delayed launch with two events.

First up, we’re running a photowalk in conjunction with The Photographers’ Gallery Bookshop in London. If you’re a photography fan who lives in or near London, you’ll no doubt be familiar with The Photographers’ Gallery, which celebrated its 50th anniversary last year. It’s an internationally recognised centre for celebrating photography, and its bookshop includes both a bewildering array of photographic books and films. If a film has been released somewhere in the world, John Buckle and his team will do their best to track them down and grab a few rolls.

The Photographers’ Gallery Bookshop has been stocking Kosmo Foto Mono since soon after it was first released, and we’re thrilled that they asked us to do a walk to mark Agent Shadow’s launch.

The walk takes place this Saturday (21 May) at 10.30am, meeting at The Photographers’  Gallery Café. Along with the legendary Rob from London Camera Project, Kosmo Foto will be hosting the walk through London’s historic Soho. The walk will take three or four hours and we’ll be visiting some of the district’s historic sights – and watering holes – along the way. Tickets can be bought from the gallery via the link below:

The day after – hopefully not nursing too much of a hangover – we’ll also be at the Photographica camera fair in Victoria.

If you’ve not been before, Photographica is THE camera fair in the UK, organised by the Photographic Collectors Club of Great Britain (PCCGB). Held in the Lindley Hall a few minutes walk from Victoria Station, it attracts more than 120 stalls selling cameras, books, film and all sort of other photographic paraphernalia.

Kosmo Foto’s appeared here twice before selling film (in 2018 and 2019) and attended many more times before that. It’s fair to say a good number of cameras straining the shelves in the Kosmo Foto collection have come from this event. 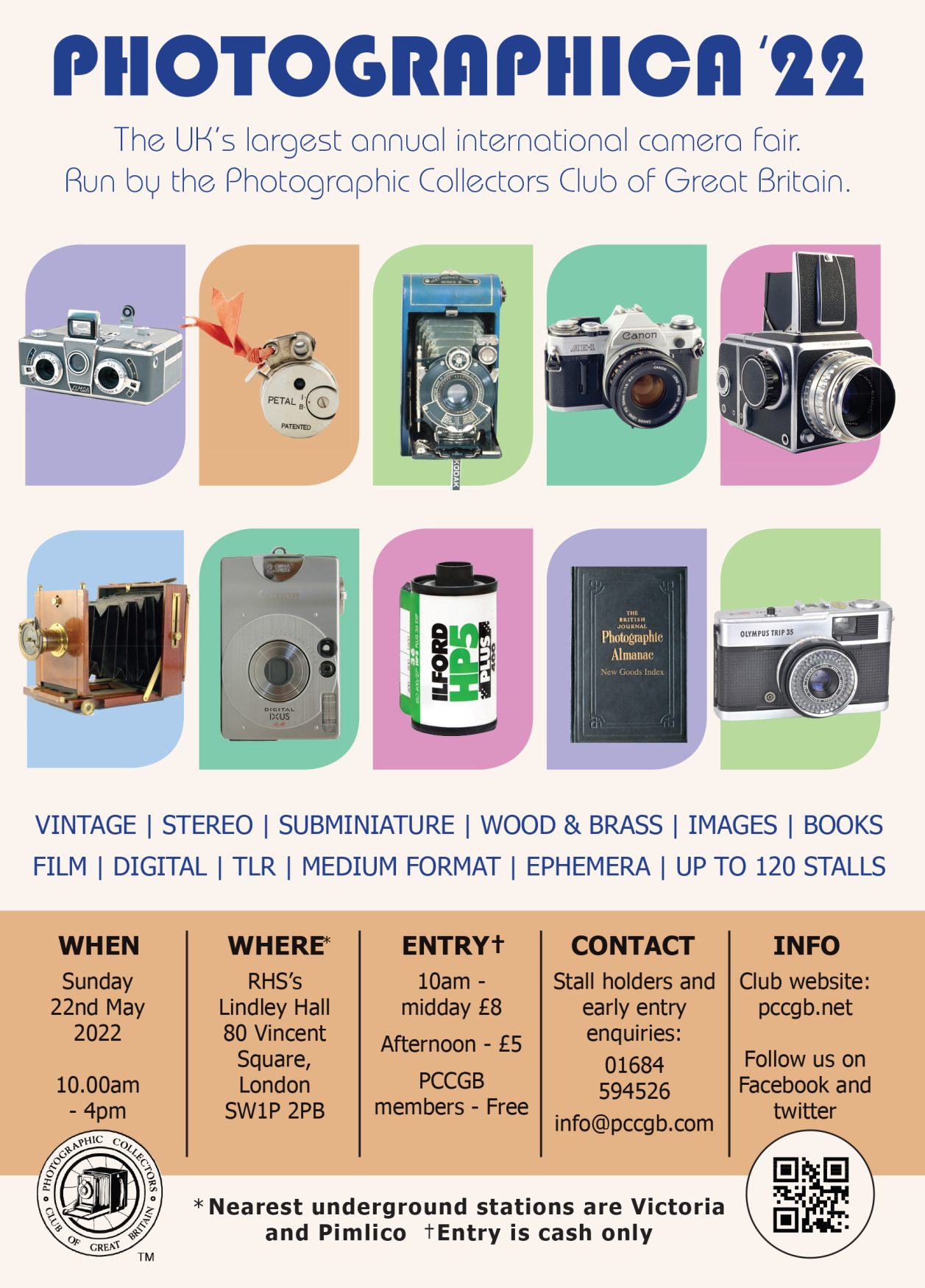 Tickets are available on the door on Sunday, and cost £8 for between 10am and 12pm, and only £5 in the afternoon.

These are the first events for us in what will be a busy summer, so please come along and say hi. It’s fantastic to finally have Agent Shadow 400 to share with the world, and we’re looking forward to seeing what the film community does with it.