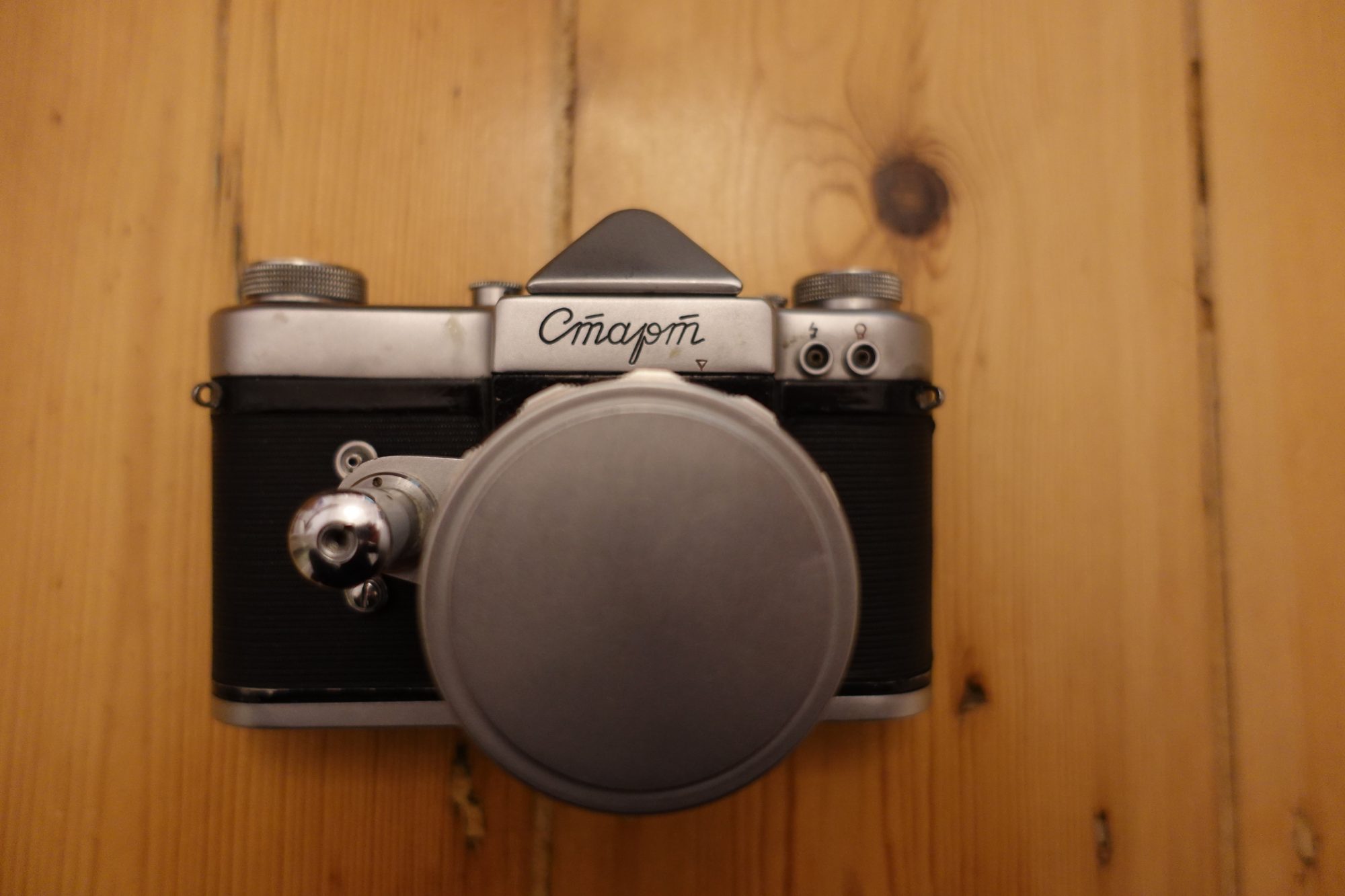 A year before the Nikon F appeared in 1959, another giant of film photography unveiled an SLR aimed at professional photographers.

It wasn’t from Japan, nor from Germany – though its design certainly owed something to the Exakta cameras from Ihagee in Dresden.

This camera was the Start, a robust, highly engineered camera from KMZ, the Soviet camera maker famous for its Zenit SLRs and Zorki rangefinders.

The Start was a short-lived rival to the likes of the Exakta, boasting the kind of stuff pro photographers might have indeed relied upon – changeable viewing prisms, open aperture lenses and a fastest shutter speed of 1/1000. But the Start’s career was short-lived, lasting little more than half a decade – as you’ll discover, for good reason.

Being solidly built, mechanically reliable and reasonably common (more than 70,000 were made), Starts aren’t hard to find, and you can reasonably expect them to be still working.

Ever wondered what a Soviet newspaper photographer might have been shooting in the days of Sputnik and Yuri Gagarin? Watch the video to learn a little bit about this intriguing camera ahead of Kosmo Foto’s full review post later this year.

They had a 1/1000 top speed? I always assumed it was 1/500 like most of the Zenits which followed. Darn it, Stephen. I want one now. And I need another camera like Custer needed more Indians!