MiNT says its InstantKon SF70 is intended as a modern replacement for the classic Polaroid SX70 instant camera, produced from 1972 to 1981.

“The Polaroid SX-70 was invented 47 years ago, but it is still recognized as the “King of Polaroid Cameras”,” MiNT says on the camera’s Kickstarter page. “MiNT has been restoring and upgrading SX-70s for a decade, and we are experts in these sensational cameras. With a decade of experience behind us, we asked ourselves one question: Combining current technology and our experience, is it possible to make an instant camera that is as good as the Polaroid SX-70?

“After months of hard work, here’s what InstantKon SF70 looks like. Its closest kin is the Polaroid SX-70.”

The Kickstarter page includes a chart comparing their camera to the original SX70, which you can see below: 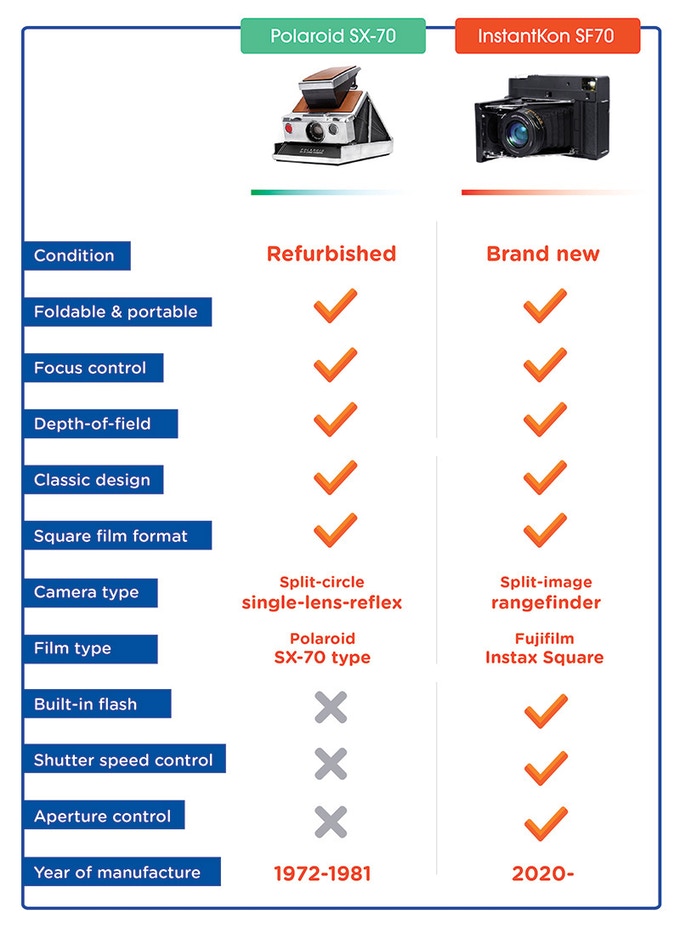 The cameras specifications, according to the Kickstarter page, include:

The camera weighs some 679g when loaded, MiNT says.

MiNT is offering a five-year warranty on the cameras, which are expected to ship in May 2021.

I consider this a very good initiative. However, The best thing of the SX70 was the fact that it was a reflex camera. The Mint, unfortunately, is not.