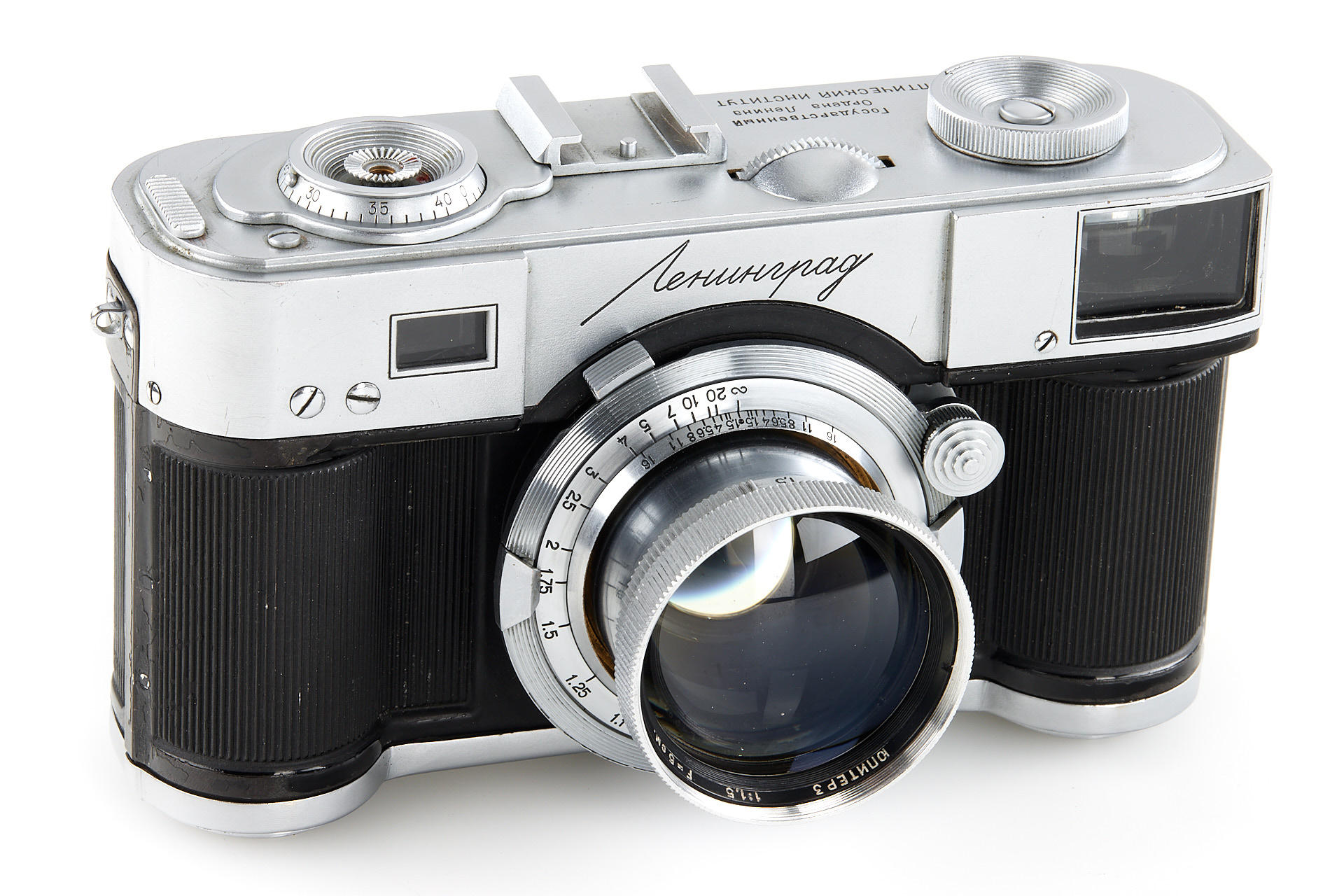 A prototype of the ingenious Soviet Leningrad rangefinder camera goes on sale at an auction later this month – and auctioneers predict is could sell for as much as €70,000 (£61,150/$81,260).

It is the first time one of the few GOI-Leningrad prototypes has gone on sale. The camera, which differs markedly from the production Leningrads, which started appearing in 1955.

The camera lacks the spring-driven motor which allowed production Leningrads to shoot shot after shot in quick succession, as well as having a different lens mount instead of the Leica Thread Mount used on the production Leningrad. The camera has characteristic bulges on each side of the body and has a wind lever on the rear of the camera to advance the film. The camera comes as part of a complete outfit, including two prototype lenses – including a rare portrait lens – and a wooden presentation box, and is in immaculate condition.

The GOI-Leningrad prototypes are thought to have been produced in 1948 and 1949, according to the Soviet camera reference book ‘The Authentic Guide to Russian and Soviet Cameras’ by Jean Loup Princelle. The existence of the cameras was unknown until drawings of it appeared in the book ‘300 Leica Copies’ by Princelle and Patrice-Herve Pont in the 1990s.

The Leitz Photographica Auction says: “The GOI-Leningrad offered here is an advanced, precisely made 35mm rangefinder camera, with a unique mount allowing a quick change of the lenses. Unlike the serial production Leningrad, it does not use a spring drive – it has got a folding, single-action winding lever on the back of the top plate.

“Included with the camera are three matching prototype lenses: GOI Uran-14 2.5/3.5cm no.4215 (in a collapsible mount, with front cap), GOI Jupiter-3 1.5/5cm no.4395 (also in a collapsible mount, with front cap) and GOI Industar-33 2.8/8cm no.4320 (with front cap), all three showing amazing technical precision and attention to details, unseen in the Russian serial production cameras. The set also includes a wooden case for three lenses, two filters and an original leather case for the camera.”

You can seem more images of this incredibly rare camera below: 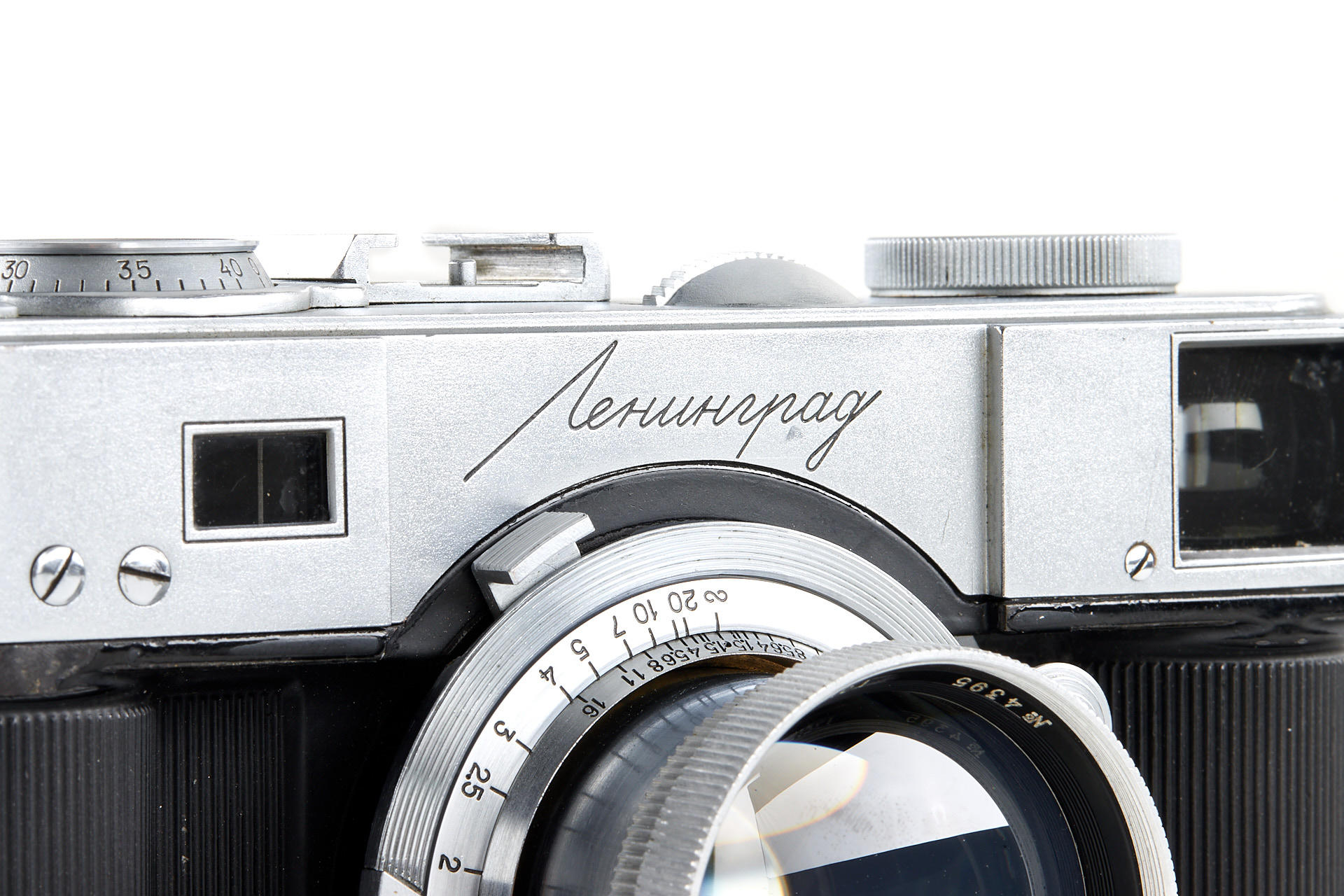 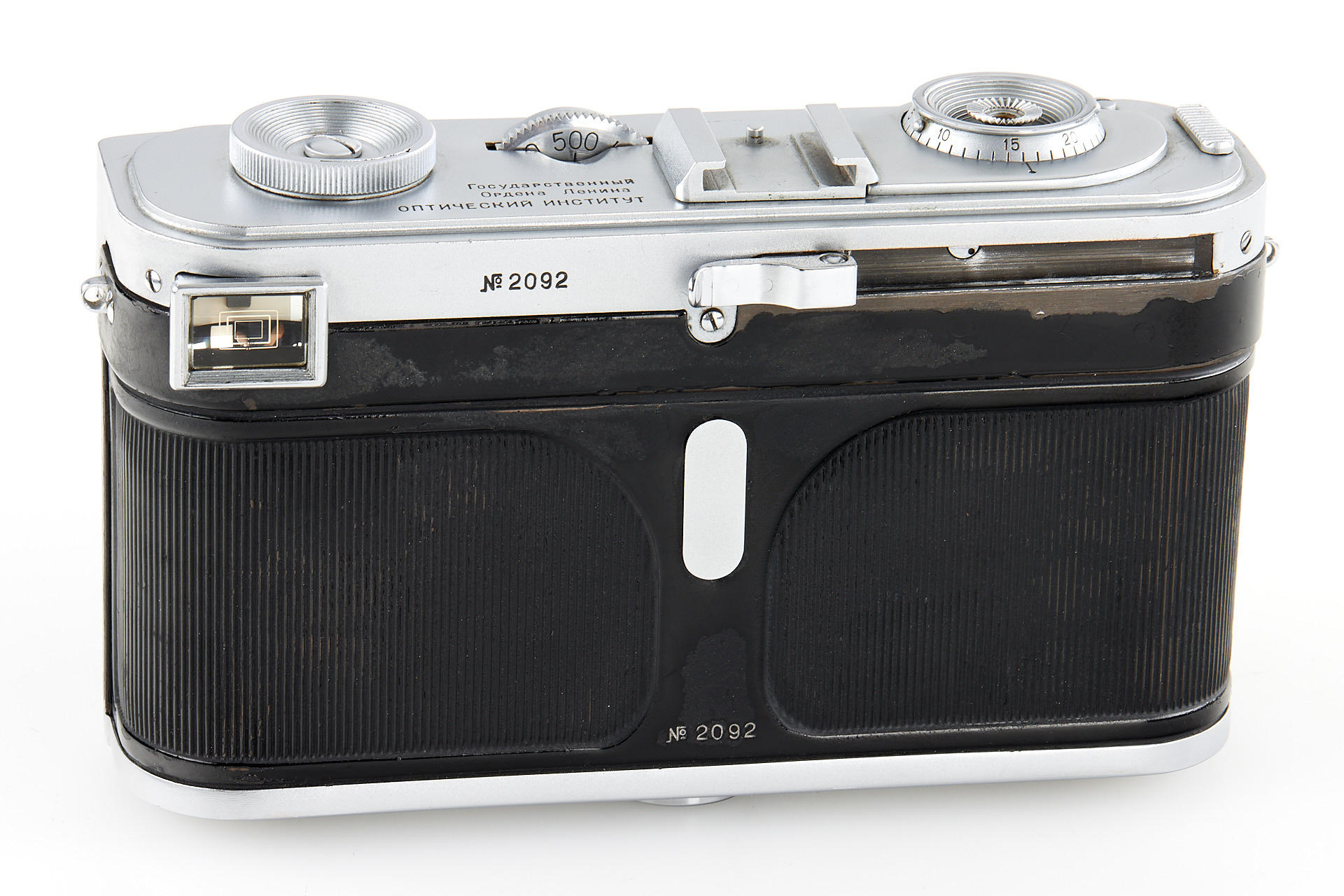 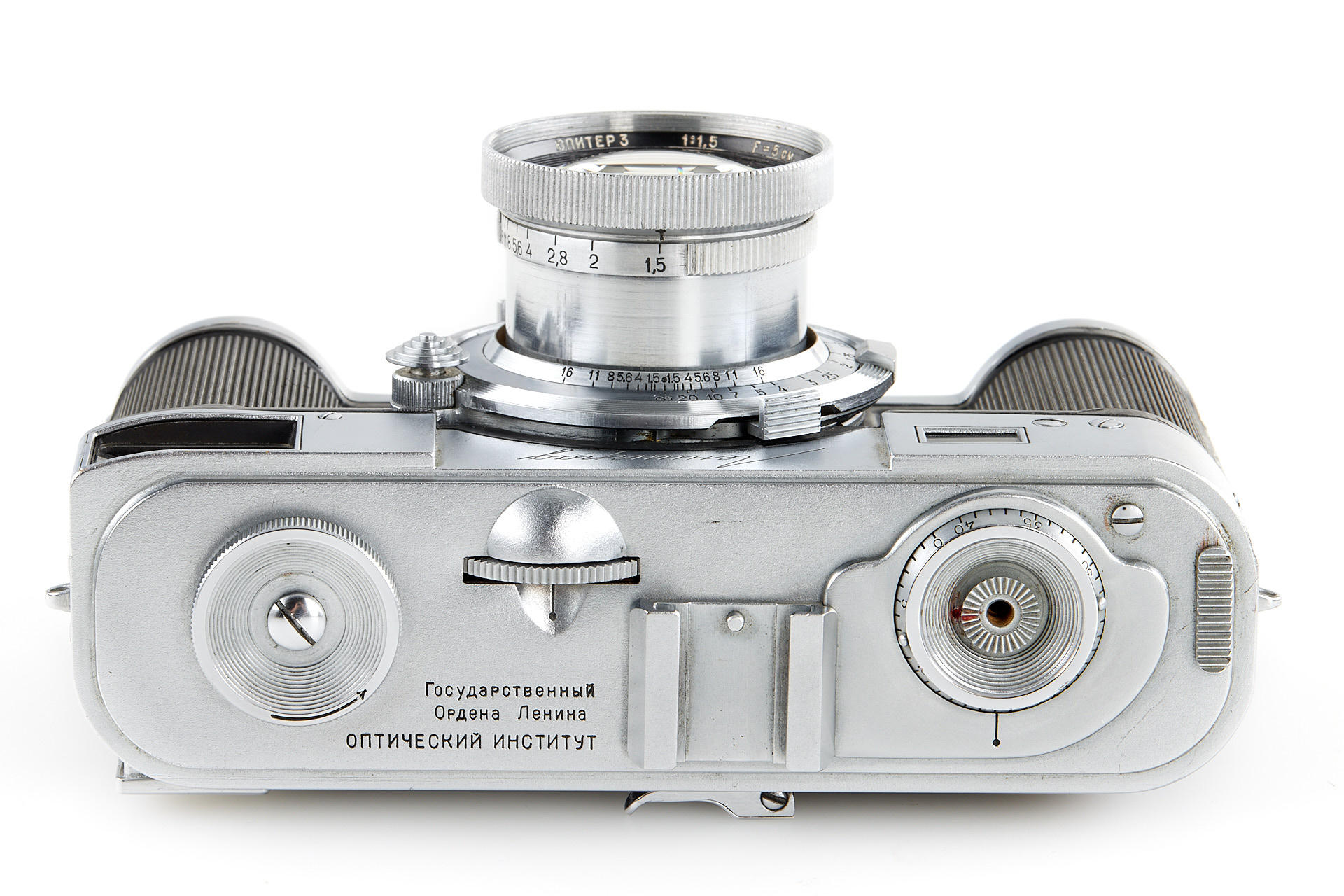 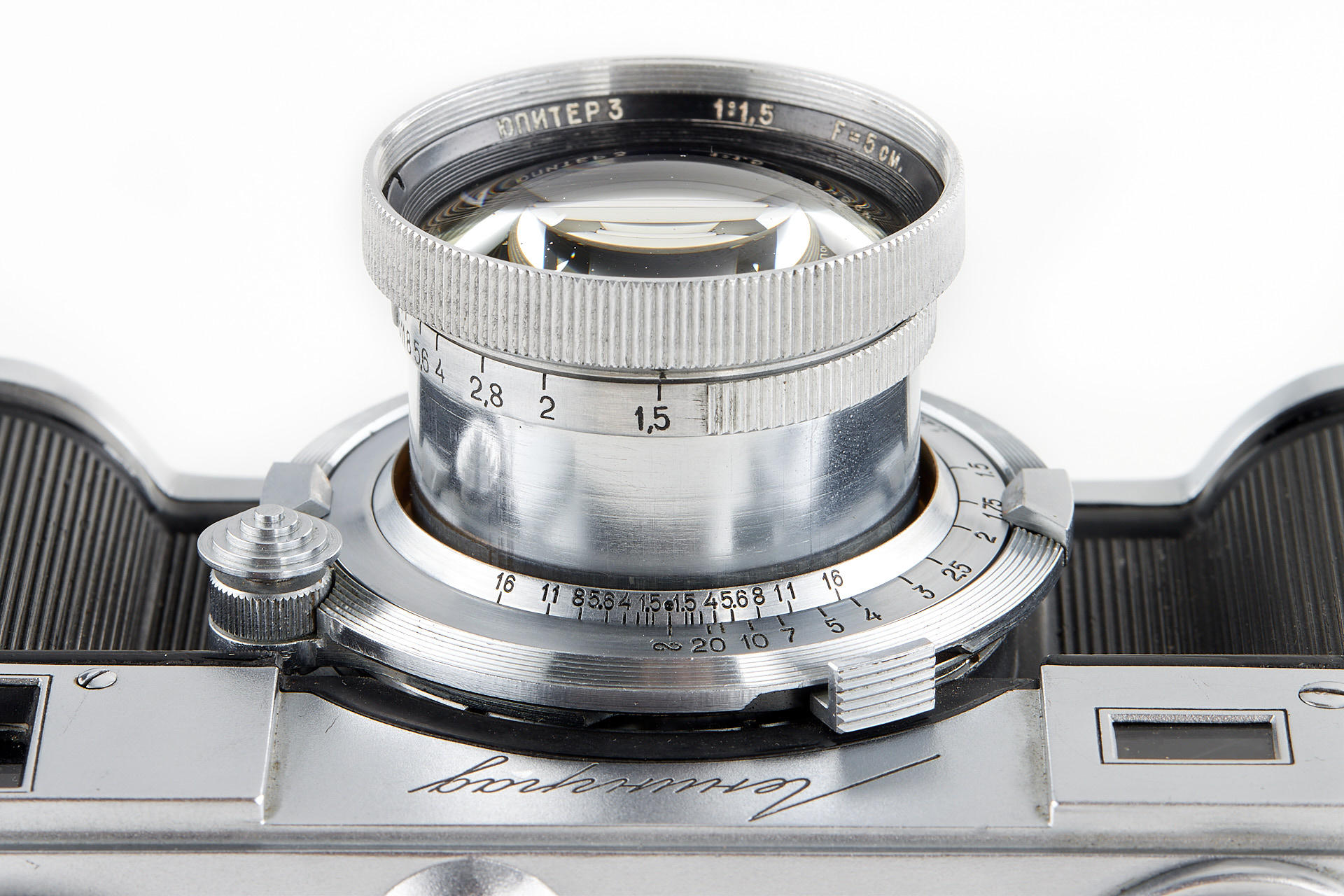 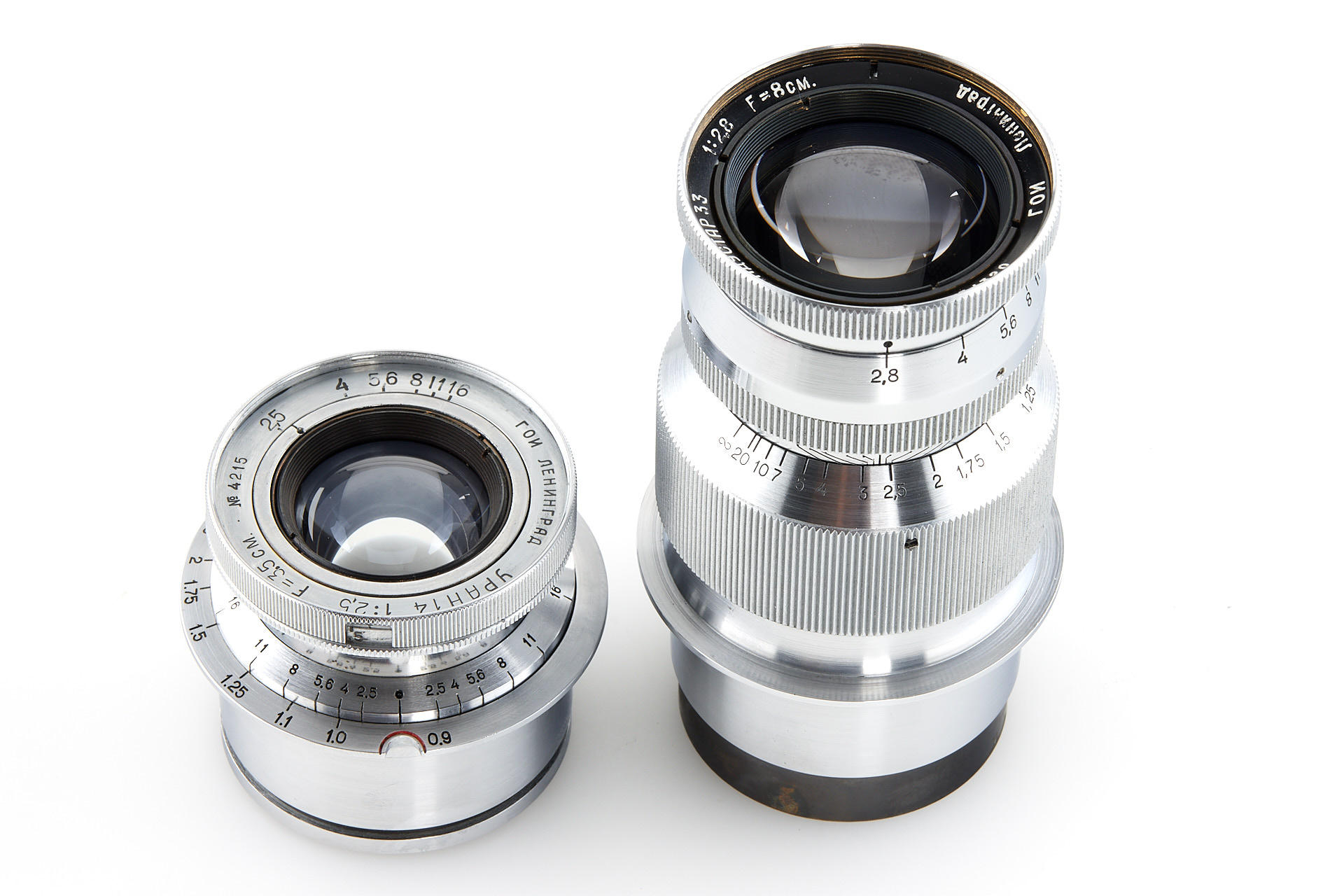 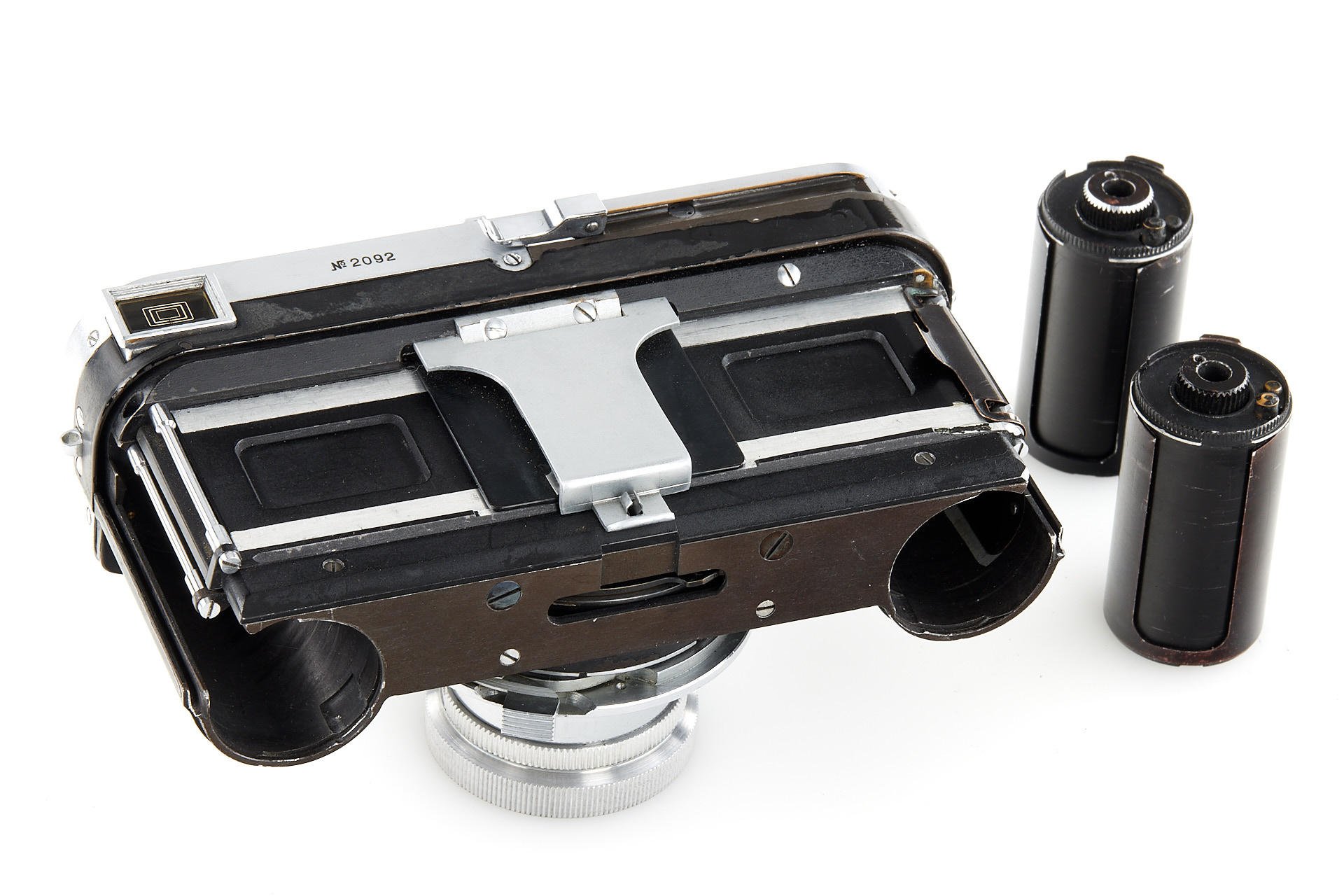 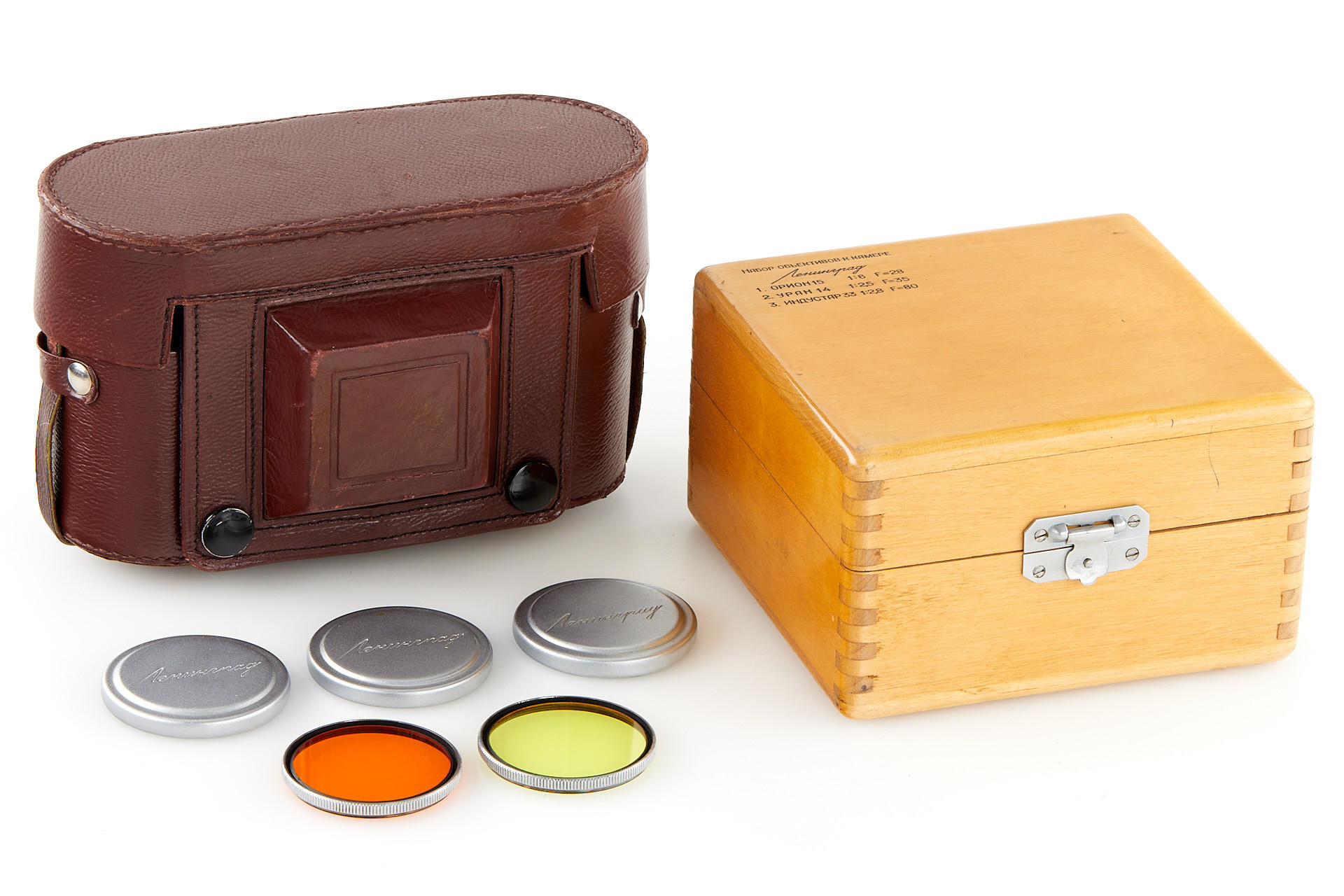