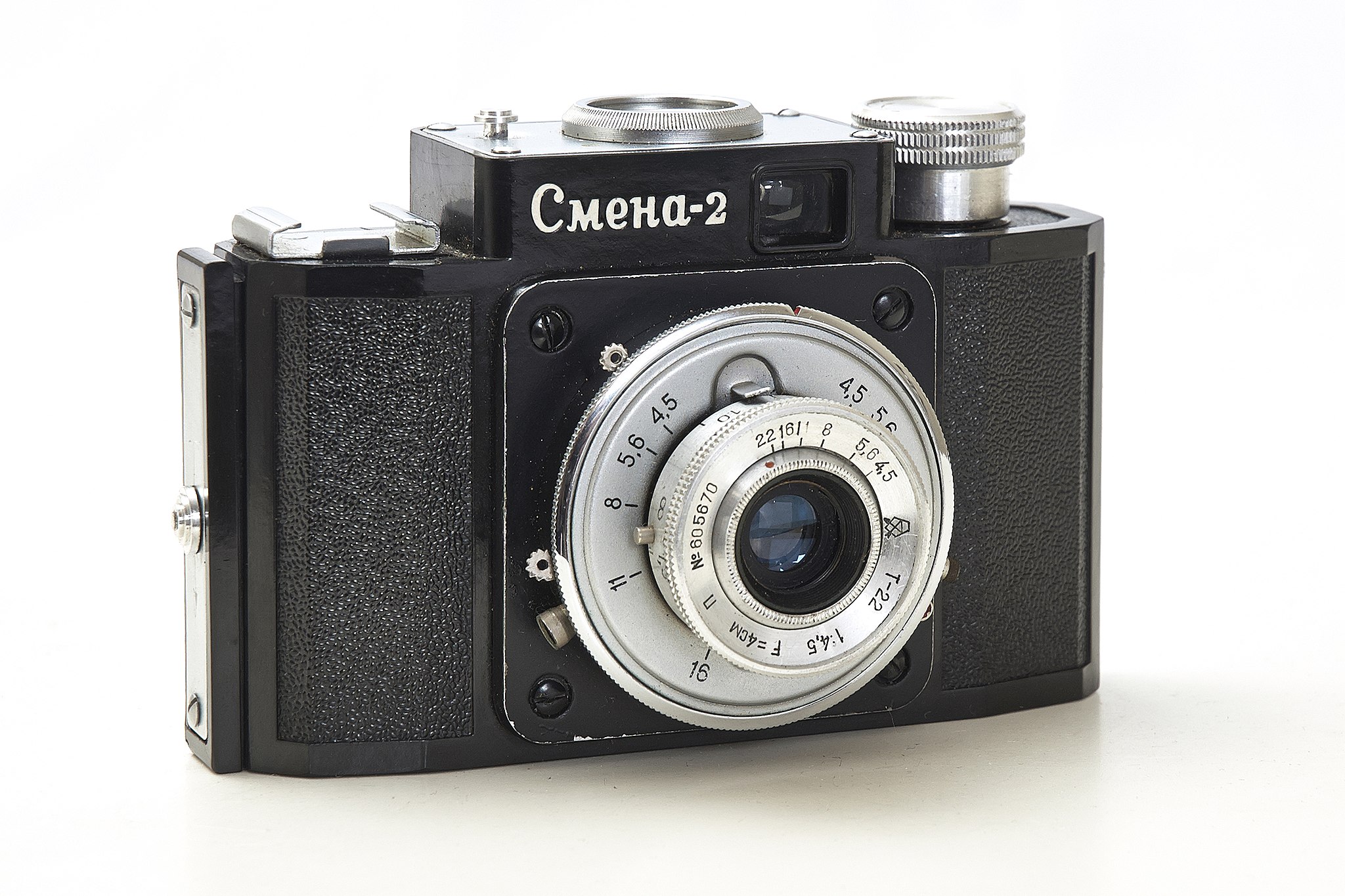 The assassination of President John F Kennedy was one of the defining moments of the early Cold War.

Kennedy, visiting Dallas, Texas with his wife Jackie in a bid to mend some strained relations with Southern Democratic Party members, was hit by two bullets  as his motorcade travelled through the centre of the city.

His assassin, Lee Harvey Oswald, shot the president from the window of a book depository as the president’s car drove past him. Oswald was a former US Marine who had been dishonourably discharged and then defected to the Soviet Union.

Oswald then spent three years living in the USSR, in the city of Minsk (now the capital of Belarus) before returning to the US with his new wife Marina. He bought back with him a camera that would be mentioned in the official inquiry that came in the wake of Kennedy’s, and indeed Oswald’s, death.

After Oswald was arrested, FBI agents searched his home. One of the items that took with them for investigation was a boxy looking camera with Cyrillic script – a Smena-2.

The Smena-2 was a beginner’s camera built in huge quantities by LOMO in then-Leningrad in the 1950s and early 1960s; nearly 1.5m at the LOMO factory in Leningrad, and another 300,000 in the MMZ plant near Minsk. It was the second in a family of simple cameras built in the tens of millions from the early 1950s until the mid-90s, after the Soviet Union itself had disappeared. The Smena may rival even the Kodak Brownie as the most produced family of film cameras in history – the Smena-8 and Smena 8M alone were built to the tune of at least 21 million.

Read more: These are the most produced 35mm film camera of all time

The Smena turned up in notes from the FBI’s questioning of Oswald’s wife Marina in February 1964. The 24-year-old Oswald had been shot dead by Dallas nightclub owner Jack Ruby just a day after Kennedy’s shooting, leaving his motive unknown and fuelling a raft of conspiracy theories that still echo to this day.

A note from the FBI’s transcript of their interview reads: “A photograph of the “Smena-2” camera, which is item 376 which bears Serial Number 627250 was exhibited to her and she identified the camera depicted therein as identical with the Russian camera that Oswald owned.”

Oswald had also been in possession of a Stereo Realist stereo camera, possibly because of the “difficulty of obtaining film for the Russian camera”. The FBI had tried to find any negatives taken on the Russian camera, but none were found.

The fact a Soviet-made camera had been found in Oswald’s effects fuelled much suspicion that the shooter had been a Soviet spy. But Oswald, according to one friend he’d worked with in Minsk, had been a decidedly amateur photographer. “I would say he wasn’t a spy because when he bought a camera, he couldn’t even put film in it. And it was a very basic camera, a Smena-2, which even a Soviet schoolchild could use, and he couldn’t,”  Pavel Golovachev said in an interview quoted in the book ‘Live By The Sword’.

The Soviet camera became just one of the intriguing threads in one of the most enduring dramas of the Cold War.

I like the Smena. It still fascinates me which picture quality is possible with this ultra basic camera (mine is a Smena 1)

Where is the camera today ? Was it sold at auction or in a museum somewhere or is it still in FBI evidence locker ?

I just listened to a 10,000 hour podcast about Lee Harvey Oswald and he was an odd duck. Really interesting about his time in Russia and how he kept trying to defect but intelligence was not into his “secrets.”