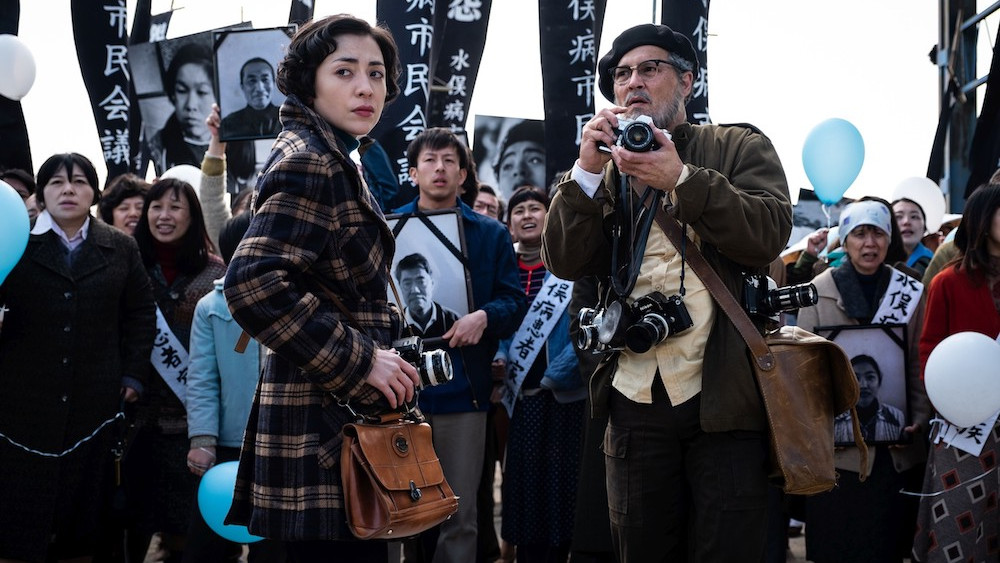 Last year, it was announced actor Johnny Deep would be playing renowned photojournalist W Eugene Smith in a biopic based on the photographer’s time in Japan.

The film – ‘Minamata’ – would focus on Smith’s project unveiling the industrial poisoning which affected the population of a small fishing village, Minamata.

Last year, pictures of Depp, showing a striking resemblance to Smith and holding a Minolta SR-T SLR, were circulated while the film was still in production.

Now, clips from the film have surfaced online, after the film was presented at the Berlin Film Festival in Germany in February.

One of the clips, taken from the movie’s electronic press kit (EPK) shows Smith (Depp) taking pictures at a protest outside the campus of Chisso, the company responsible for polluting Minamata Bay and the nearby Shiranui Sea with methylmercury industrial waste for more than 30 years. Chisso hired yakuza members to beat Smith in an effort to dissuade him from covering the story.

It shows Smith taking pics of the crowd being teargassed by police with a Nikon F and a Minolta SRT-T 101 – the very cameras Smith used during his time in Japan.

You can see the full clip below:

The film is due to be released this September, though the release date may be delayed if social isolation measures in the wake of the coronavirus pandemic remain in place into the summer.

The essays for LIFE magazine included one of Smith’s most haunting images, Tomoko Uemura in Her Bath, which showed a mother bathing her adult daughter, born with serious birth defects. The image became world famous, and was a major factor in the company admitting it had released the industrial waste and paying out compensation to those affected.

Chisso later paid out more than $86m in damages to residents affected by the dumping.