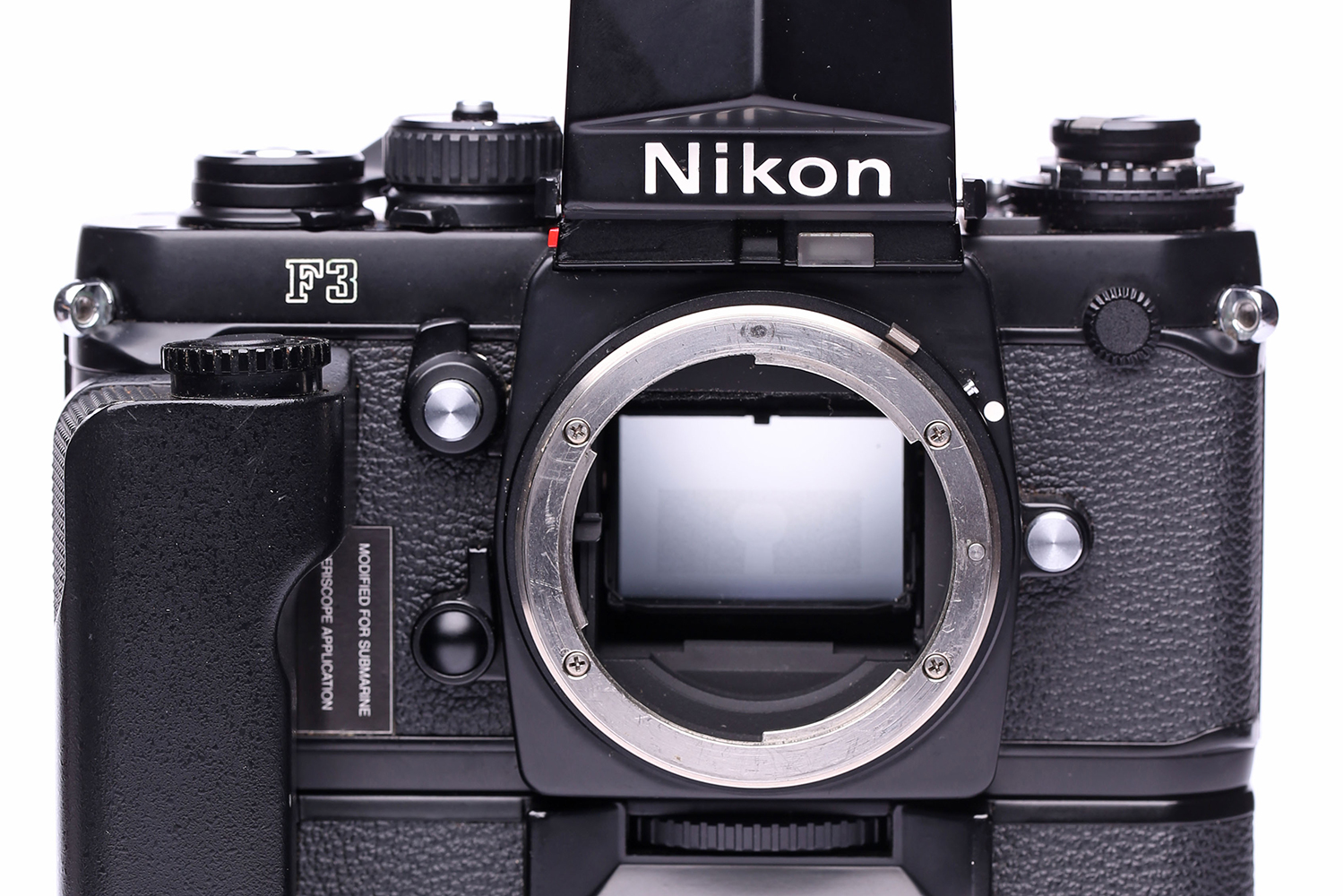 Nikon’s F3 SLR is one of the Japanese camera company’s classic designs.

The manual focus F3 was first released in 1980, and kept in production until at least the year 2000.

It’s hard to get a handle on just how many F3s were made during the camera’s 20+ production schedule, but we do know it was very, very popular.

It was a proper professional system camera, produced with a dizzying array of accessories, from alternative prism finders to high-capacity film backs to titanium shutters to high-speed motor drives. The F3 even went into space with Nasa.

Kosmo Foto has now learned of another version, made in a production batch of fewer than 200 cameras; built for the US Navy to be used on the periscopes of its Los Angeles-class nuclear-powered attack submarines.

“I found the camera on eBay from a Japanese seller… who didn’t realise what he had, and had photographed it so badly, he had mostly hidden its important features.

“The actual modifications were not extensive but included the US Navy ownership placards, a deleted multiple exposure lever, and an “action finder” with a simple mirror and no prism (and a round eyepiece).

“I believe that the US Navy commissioned them, and produced the complete kits at the start of the 1990’s. I’ve found a document showing the Navy ordered about 170 full kits (internally known as KS-158a), and a further 23 camera/drives/finders with adaptors but excluding the full kits (known as KS-149a) for a total of nearly 200, all over a period of time between 1990 and 1995. However there may be additional units. Who knows?

“I think it’s safe to assume that most, if not all, cameras were dispatched for use, and then later sold on when they became technically redundant. 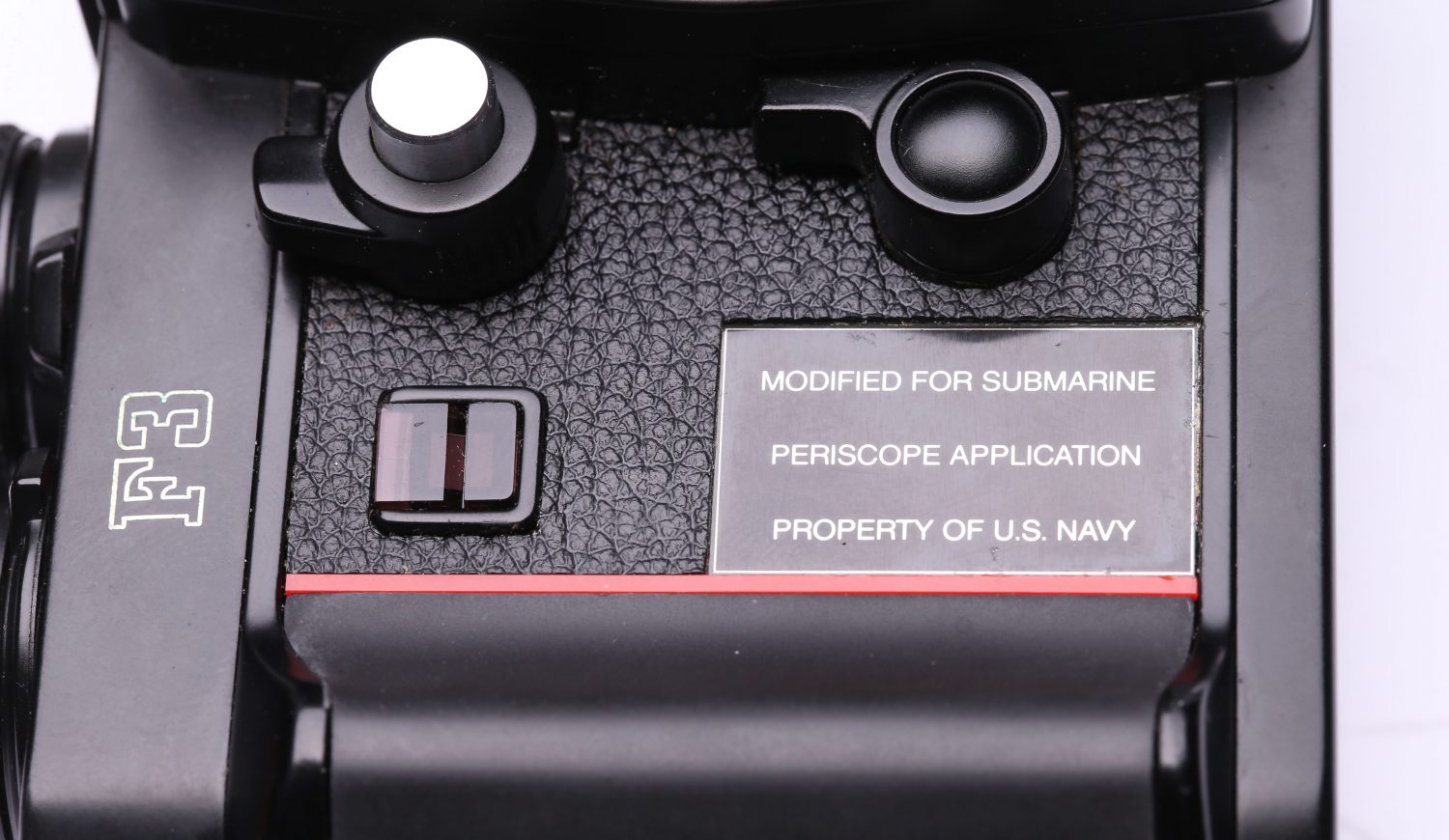 “There is a long history of still cameras being attached to periscopes by various Navy’s.  Kodak and Topcon have produced versions back in history, and I’m sure many other countries would have had their own versions,” Lyndon told Kosmo Foto.

The camera is obviously a huge find, especially for collectors of Nikon cameras, but there’s one drawback, Lyndon said. “I won’t actually be using this camera…. the finder makes it impossible!” 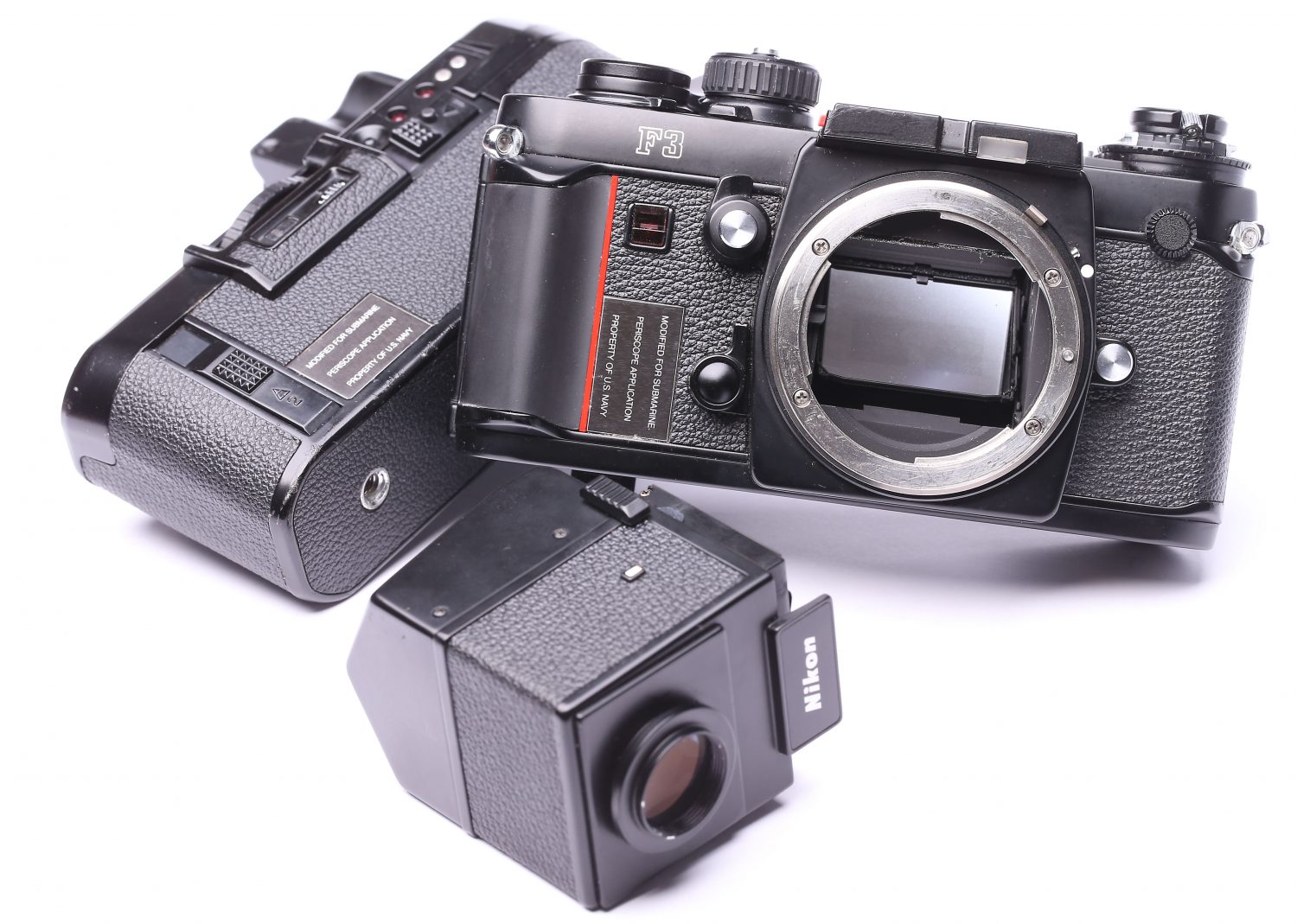