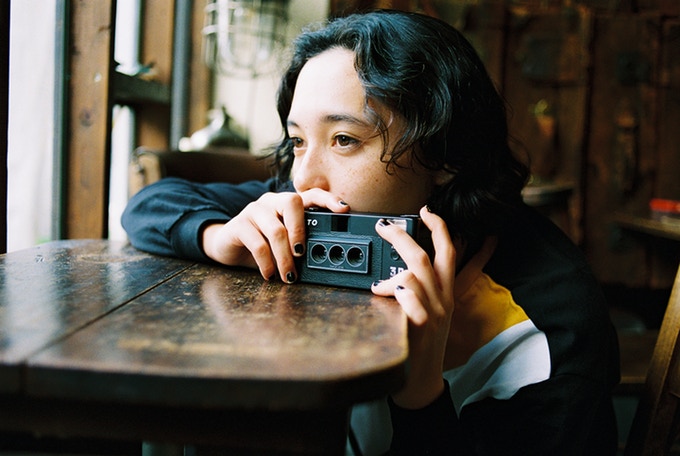 A new 3D film camera project has been launched on Kickstarter.

The Reto3D, created by a team in Hong Kong, is touted as a “small and lightweight, affordable and easy-to-use” 3D camera.

The camera will be joined by an app which will scan the stereo images and turn them into a 3D GIF, the makers say.

“As 3D photography is a specific type of film photography, most film users may not be aware of its existence. The market is lacking of [sic]3D camera and its price in 2nd hand market is unacceptably high.

“We analysed the old stereo cameras and improved the design of ours. Reto3D is small and lightweight, affordable and easy-to-use. It has a built-in flash and it’s film-saving! We are also developing an app for users to make GIFs much easier, which resolves the complicated and time-consuming process of using Photoshop.

“Our aim is not to beat the old classics with an expensive, professional camera but one for everyone, even for beginners to use.”

The campaign’s Kickstarter page shows a model holding what appears to be a prototype  of the camera, though images which show a more detailed view of the camera’s features are digital mock-ups.

The Reto team says: “Reto3D takes three half-frame images, with three different angles simultaneously. For a film roll with 36 exposures, users could get 24 3D images. Also, with our app, it could help stitching the three images into 3D GIFs in a convenient and quick way.”

The Kickstarter campaign is seeking a target of just over £19,000 and after less than two days it had reached nearly £25,000.

The camera’s features are listed as:

Given the modest amount of money the campaign is trying to raise, it’s not known how extensive production will be.

3D cameras were very popular in the post-war years, though the process itself was in vented during Victorian times. The most recent 3D film camera produced was the Holga 120 3D Stereo Camera which was available from the LOMOgraphy Shop but is now discontinued.

Although not really something I’m interested in, I’m always glad to see old ideas being revived

19/38mm bases. there are better old 3dcams. with better exposure/aperture balance. at least they didnt make the same mistake like LO3D with their 3-lens digital. LEDLIGHT-ontop of center lens(Idea of experts!), worse: center lens was not lighttight so unusuable with led-light.