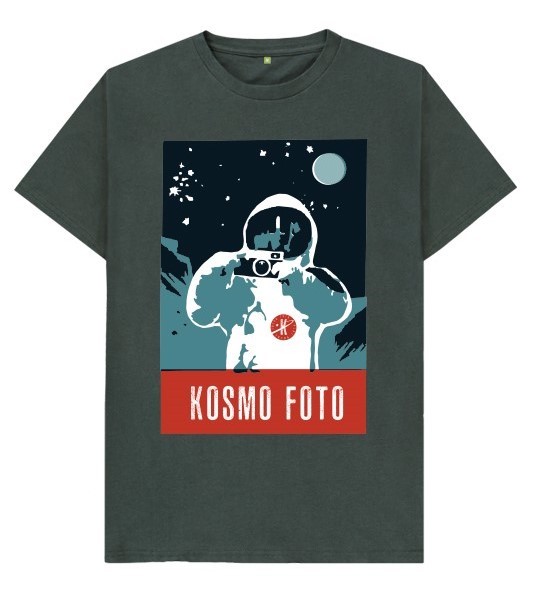 Last year, Kosmo Foto launched a black-and-white film with some very eye-catching packaging (even if we do say so ourselves).

On the back of that, our designer My Mate Does Art created some awesome postcards inspired by the space motif on the Kosmo Foto Mono packaging – including one of a cheeky cosmonaut taking a quick snap with a camera.

That image has become Kosmo Foto’s official avatar – a friendly (helmeted) face on our journey to bring the joys of film photography to the farthest reaches of the cosmos.

Now you can wear it proudly.

Kosmo Foto has launched its first t-shirt – and you can buy it now.

The t-shirt is available in grey, with the postcard image displayed on the front.

The t-shirt is now and stock, so if you order quickly you can get the shirt delivered in time for Christmas.

The t-shirts are available in a range of sizes for XS to 2XL European size. You can use the handy chart here to find your size.

Cheers to everyone who said they interested in the t-shirt over the past few months. It’s a pleasure to finally be able to offer them.