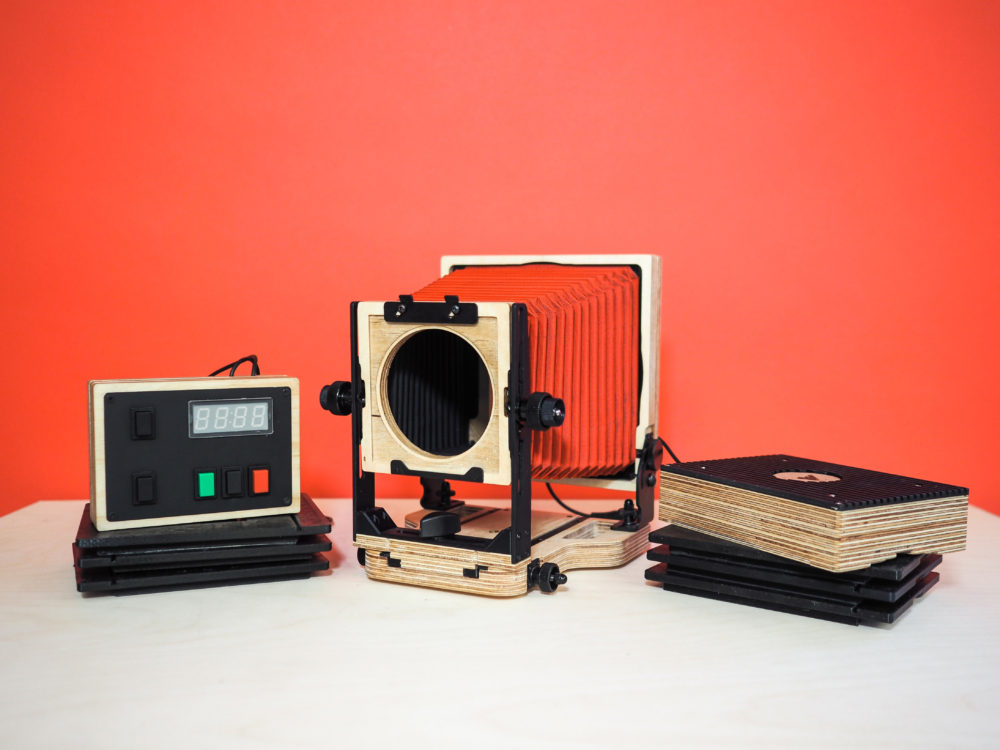 Intrepid, the company behind a range of large-format cameras, has launched an enlarger kit which turns any 4×5 camera into a photographic enlarger.

The enlarger and timer kit was launched via Kickstarter on 4 October and run for 30 days – and had raised almost 300% of the funds needed by Friday afternoon (5 October).

Intrepid’s website says: “The Intrepid Enlarger is an easy to use Enlarger and Timer attachment that is designed to fit to the back of any 4×5 camera to convert it straight into a compact and capable photographic enlarger.

“You can use it to make prints in your bathroom, darkroom or pretty much anywhere you can squeeze into and make dark.

“In addition to this the Lightsource can also be used by itself to create high quality scans from your negatives using just a digital camera, a tripod and your computer/smartphone.”

The announcement shows a mock-up of how the unit could be used as a holder to allow photographers to scan their film using a DSLR.

Intrepid’s device follows in the footsteps of Hamish Gill’s Pix-latr, a holder for scanning film on a DSLR which can be used with tablets or even a window as the light source. Gill’s invention was successfully funded on Kickstarter earlier this year, raising nearly £67,000 ($88,000)

“Making analogue prints or scanning can be incredibly rewarding as it gives you total control over your photos,” Intrepid says. “Traditionally enlarging at home has been resigned almost exclusively to those with dedicated darkroom setups while scanning involves investing in bulky and expensive flatbed scanners.

“We want to change this – the Intrepid Enlarger Kit offers an affordable, portable and easy way to print or scan your 4×5, 120 or 35mm negatives yourself.”

Intrepid, based in the British city of Brighton, have already launched a range of very successful 4×5 and 8×10 cameras.