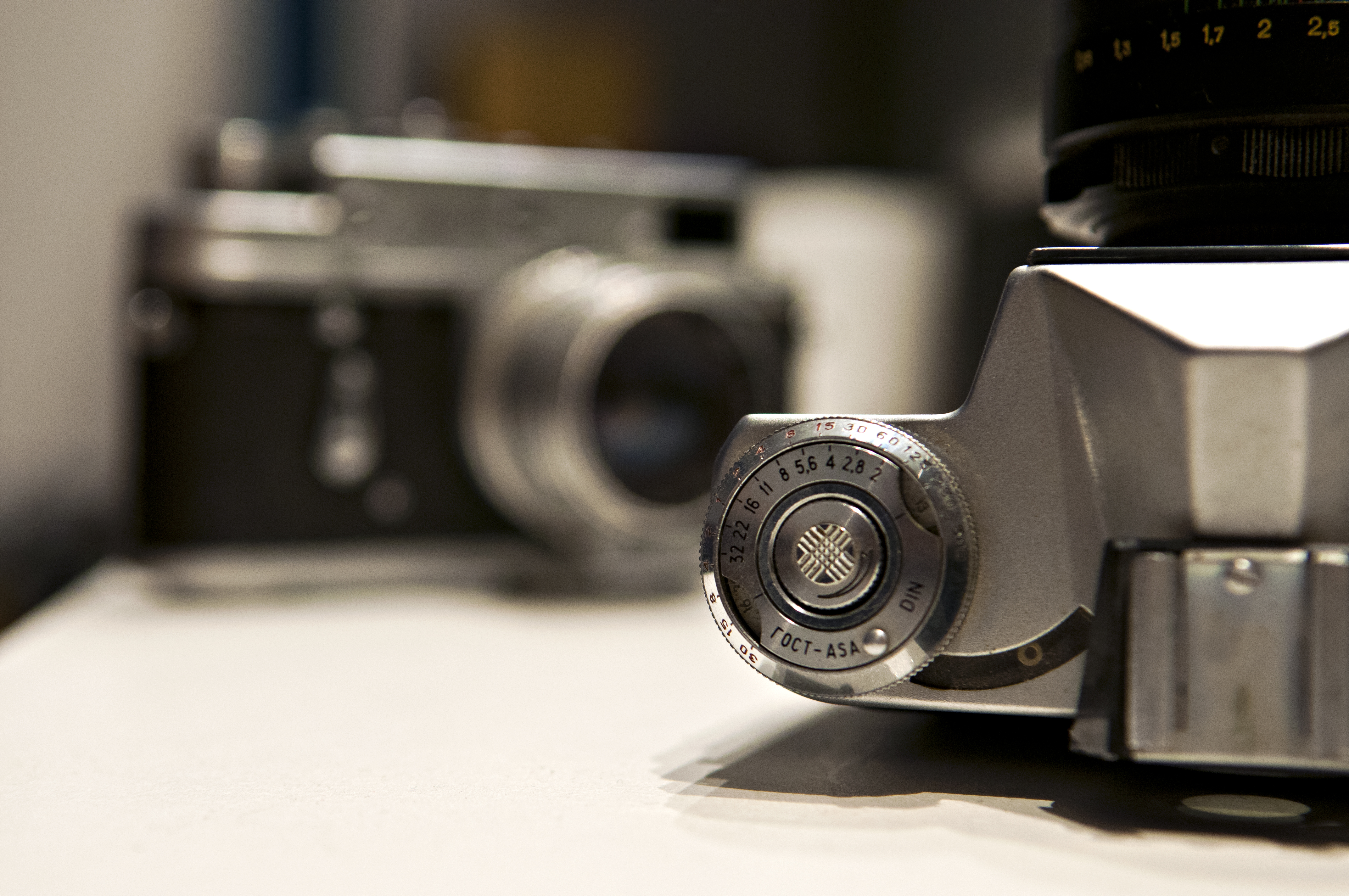 Back in 2014, I wrote a list of five film cameras that you should be able to get your hands on for less than £50 – that’s about $70 in today’s money. In the case of a couple of them you could snap them up for much, much less.

That round-up has become the most popular thing on the site. And in the meantime I’ve been shooting with a clutch of other cameras that are worthy additions to the sub-£50 club. Read on.

The FED 50 was the Soviet Union’s answer to the famous Olympus Trip 35, a good decade-and-a-half after the Japanese classic hit the shelves. It’s a viewfinder camera with distance reminders to aid focusing, a selenium meter built into the lens and an automatic setting which pairs the right shutter speed and apertures for correct exposures. It’s metallic, chunky and heavy.

The FED’s secret weapon is an awesome lens. The 38/2.8 boasts impressive sharpness and a lack of corner vignetting which sets it apart from the likes of the LOMO LC-A. The FED is definitely not a toy camera.

The FED doesn’t have the level of finish of the Trip, and it’s no stand-in for a proper compact rangefinder like the Olympus 35RC or a high-end compact like the much-loved Yashica T4. But it’s a lot more camera than its cheap price tag might suggest.

Minolta never got the respect they deserved back in the film days. While they never sold cameras in quite the same number as the likes of Nikon and Olympus, they made a number of excellent cameras. In the 1970s, their SRT range of SLRS were rightly lauded.

The SRT range ran into a couple of dozen models, with the last of them being a budget version called the SRT 100X. It replaced some of the more high-end specs of the likes of the SRT 202 or 303 – such as simplifying the metering system – but still left a fastest shutter speed of 1/1000th and metering up to ISO 6400. It was built like a tank, too.

If you wanting to by a first SLR camera, I’d usually suggest a Pentax Spotmatic or Nikon’s FM2. But the SRT 100X –almost constantly in my camera bag over the last year – is a fantastic starter camera. Minolta put nothing into the SRT 100X that didn’t need to be there, but its ability to meter right up to 6400 makes it especially good in low light.

Plan to take moody black and white portraits indoors, or low-light reportage? This is the camera for you. Minolta’s lenses were always vastly under-rated.

The classic stereotype of the artistic film photographer is the Leica-toting street snapper, eschewing the SLR for something more pure. Nice work if you can afford it; rangefinders are certainly worth shooting with, especially if you like your candid street photography. But not all of us have the money to load up on Leicas and their excellent, and exceptionally expensive, lenses.

Until the Leica M-mount came along in 1954, Leicas used a screw-mount system called M39. It was also used by a bunch of other manufacturers, who made bodies and lenses that were a cheaper alternative to Leica. Not juts in the west, either – in the Soviet Union, KMZ (famous for the Zenit range of SLRs) made a range of Leica-clone rangefinders under the name Zorki.

The Zorki 4K is a slightly modified version of the Zorki 4 rangefinder with a minor but very practical update – replacing the 4’s unwieldy winding knob with a wind-on lever. This makes it much easier to use. Like an old-school Leica, the 4K doesn’t have a hinged back door but has a completely removable back, fastened on the bottom with a pair of hinged keys.

The 4K usually came with a Jupiter-8 50/2 standard lens, which is sharp and capable if you find one that managed to muster the not-always-stringent Soviet quality control. The camera itself is well-regarded – more than 500,000 were made from 1972 to 1978, and is a good starter rangefinder – at a fraction of the cost of an actual Leica.

The M42 mount was first used on an East German Pentacon camera in 1949, but it was popularised by Pentax’s legendary Spotmatic line of SLRS. That’s just the tip of the iceberg however – hundreds of different lenses were made by all sorts of manufacturers, aswell as bodies by the likes of Chinon, Cosina, Voigtlander, Ricoh and Olympus. Add to that list Japan’s Yashica.

The Yashica TL Electro X was made from 1968 to 1974, a robust SLR intended for enthusiast photographers. The Electro-X is different to the likes of the all-manual Spotmatic thanks to an electronically-controlled shutter; rather than being confined to mechanically set speeds like 1/60th or 1/125th, the camera picks the closest speed it can to a perfect exposure. The bright viewfinder is aided by big fat arrows that show either over or underexposure; when the right aperture/shutter speed combination are set, these no longer light up.

The Electro X is a bit of an under-rated gem; it boasts a fantastically bright viewfinder and the Yashinon 50/1.7 standard lens is not to be sniffed at. This is another great SLR for learning the basics of film photography on.

Chinon’s monster Memotron is another camera using the M42 mount. Chinon may not be one of the best-known camera-makers, but it built many decent cameras back in the golden age of film. The Memotron must rank among its best.

The Memotron has a pretty impressive list of features for an M42-mount camera – it incorporates some advanced features like aperture priority. The Memotron combines a maximum speed of 1/2000th  with a viewfinder blind for long exposures (so light coming in through the prism doesn’t cause fogging), a multiple exposure lever and exposure memory, which will save a desired setting even if the lighting conditions change. It meters up to ISO 3200, and the viewfinder is very bright and ergonomic.

And the biggest plus? Aperture-priority with virtually any M42 lens, unlike its contemporary the Pentax ES II, which will only do it with lenses that have a special tab so the camera can read the aperture set and change the camera speed accordingly. That’s what makes it so easy to use.

Memotrons are heavy, but a great travel camera – M42 lenses are a great deal cheaper than old Canon or Nikon lenses, for example, and aperture-priority is a great mode for shooting on the hoof.

The Memotron came in three major version, the CE Memotron, the CE II and CE-3. The first two versions are made mostly of metal and have a more reliable reputation.

Looking at the photos from the Yashica this seems a wonderful lens: good contrast, beautiful colours, smooth bokeh… How much should you pay in digital stuff to get this quality?

Wonderful article. One question, I want to buy a starter camera for my girlfriend who has recently taken interest in photography. Would you recommend the minolta 100x in this article or a minolta x500? Thank you very much:)

Nikkormats are also amazing, dirt cheap, and will work with any modern Nikon glass that still has an aperture ring. 🙂

I have a couple of x-300’s. Cheap and easy to find, lenses are too. Meter is spot on snd goes up to 3200 iso. Aperture priority, cheap batteries that last forever, smaller and lighter than the SRT’s. I’d recommend one….or two 😉

Sorry, that was meant for the previous message!