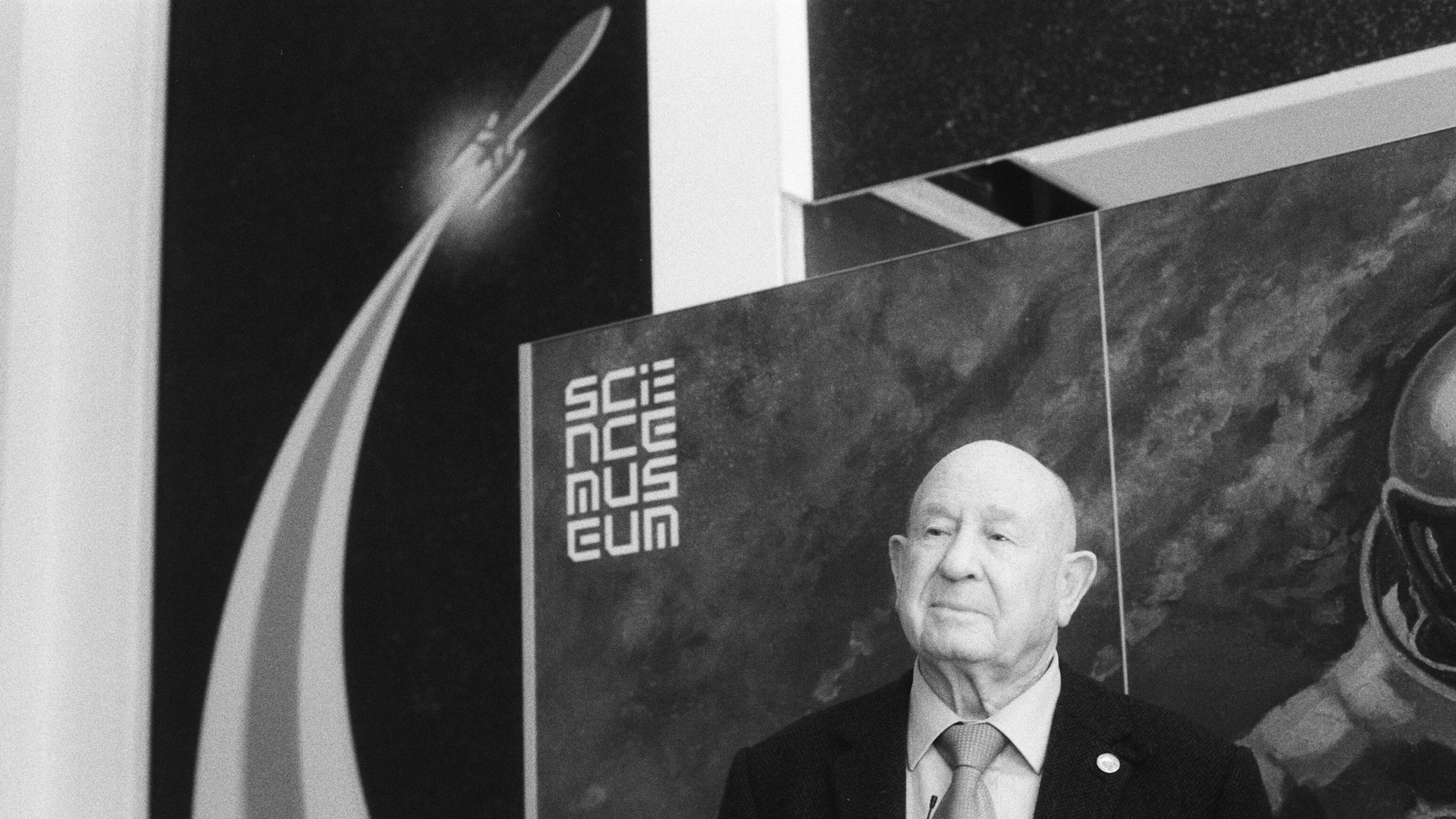 Alexei Leonov is a man of historic distinction. On 18 March 1965, at the age of 30, Leonov spent 12 minutes and nine seconds doing what no human being had ever done before. He became the first man to walk in space.

The images of Leonov floating high above our Earth, the letters CCCP stencilled on his space suit helmet became a symbol of Soviet technical prowess and ambition. But Leonov barely survived this first space walk.

The temperature and exertion caused him to sweat uncontrollably. The space suit he was wearing inflated so much in the vacuum that he found it almost impossible to re-enter the spacecraft. He deflated the space suit, changing the pressure so much that he risked an agonising death from the bends. An ignominious end; stewing in his own sweat, a space-age doorstop that would have meant his cosmonaut colleague Pavel Belyayev was doomed to die in space as well.

But Cosmonaut Leonov did not die. He survived his risky pressure experiment. He survived a tumultuous return to Earth in the Voskhod 2 spaceship. He survived a night in freezing temperatures in the Russian taiga, waiting for rescue, after removing his sodden clothes (you can read the full story of that amazing mission in this fantastic piece from BBC News). He became a space exploration legend.

And unlike fellow space walk pioneer Ed White – who became the first American space walker 50 years ago last week – Leonov is still with us.

A few weeks ago, Leonov was in London. He was the guest of honour to announce a new exhibition due to be unveiled in the Science Museum later this year. Cosmonauts will include an enormous amount of material related to the Soviet quest for space – some of it has never travelled outside of Russia before, and some of it has never even been seen by the Russian public.

Its organisers believe it will have an effect as pronounced as the British Museum’s famous exhibition on Tutankhamen a century ago. It will include two of the spaceships that took Soviet space explorers into orbit and back again, including Vostok 6, which was piloted by the first woman in space, Valentina Tereshkova.

Leonov spoke at the launch, a short, broad man who seemed younger than his 80 years. As he listened in on a translator he absent-mindedly drummed his fingers, all in front of a backdrop based on a painting; a painting he had made of that first historic spacewalk. He made reference to the incredible amount of material that was travelling to be displayed at the museum. But for the next 30 minutes he recounted the kind of tale that gets children of being astronauts, a tale of bloodymindedness and bravery, alone in a faulty spacesuit high above our planet.

There were, naturally, a bunch of press photographers at the photo call, clocking away on high-end Canons and Nikons. I’d decided to take along a Pentax ES II, probably my favourite 35mm SLR to shoot with.

It was only one the train from south east London to swanky Kensington that I realised what I should have done. I have a cabinet full of old cameras – including a bunch of old Soviet ones. Leonov would have carried a range of cameras with him on his space mission; the Soviet space programme used modified cameras like the Kiev 6C and various Zenits as well as more advanced, specially-constructed devices.

I remember, a decade ago, seeing an old Zenit 3 in the Cosmonauts Museum in Moscow; this simple, no-frills camera must have been used on at least some of the missions. I have a Zenit 3M, the export model that gave many Western photographers a cheap way to enter proper photography in the 1960s. What if I’d taken it along. What if Leonov had indeed taken something similar on board. It’s not the kind of thing you usually see amid the press pack, after all.

Shoulda coulda woulda. I was a lucky to have sat in the audience and heard this man speak, and to take a handful of shots as. Should Leonov return for the opening of the exhibition, I know what I’ll be packing in the cameras bag…

* The exhibition Cosmonauts: Birth of the Space Race opens at the Science Museum on 18 September.

Very intresting article thanks for sharing and the BBC article was very intesting reading. I like your photos of Leonov and your reference to a Zenit 3m I own a couple of these as well as a Pentax Spotmatic F. I must see if I can pick up a ESII.