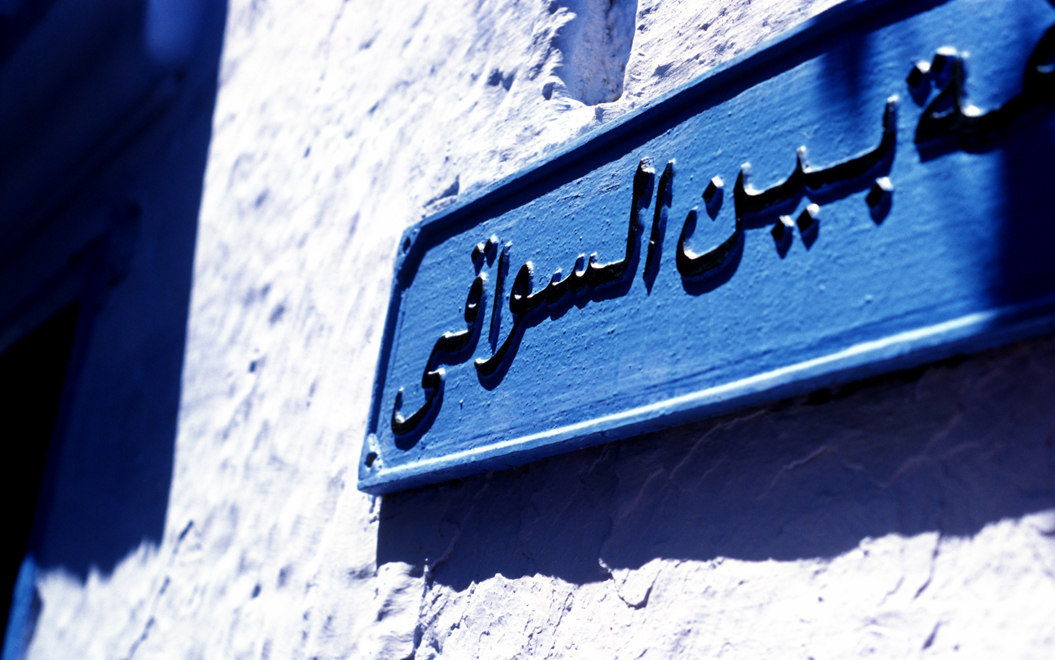 Only two hours drive from Morocco’s chaotic port city of Tangiers, Chefchaouen feels like it’s in a different world. Home to some 45,000 people, this historic city clusters along the slopes of the Rif Mountains in northern Morocco, its houses washed in shades of blue that catch the bright, mountain light.

It’s no surprise that Chefchaouen is known to Moroccans as The Blue City. Just like the white-washed houses of Greece’s Santorini, Chefchaouen is a city described in the shades of a single colour, especially the houses surrounding the Medina and the city’s main square, Plaza Uta-el Hammam. It has none of Fez Medina’s bewildering confusion, and lacks the touristic overload of Marrakech – well, at least for now.

I visited Chefchaouen in May, during a whistle-stop week travelling across Morocco with some of my family. Chefchaouen was a perfect antidote to Tangiers; I’m a massive fan of grimy, ungentrified port cities, but Tangier’s reputation for being a scammer’s playground isn’t exactly unfair. If your first experience of Morocco is the tumult of Tangiers, then Chefchaouen’s picturesque calm is even more of a contrast. Chefchaouen is a few hours drive by taxi from Tangiers (about €70 for the whole vehicle). We travelled with a super-friendly taxi driver in a 1980s-era Mercedes that had done some 800,000km in its lifetime. If there’s a better advertisement for Mercedes reliability, I’ve not seen it. For part of the way, he insisted on playing the only Western CD he had – The Best of The Bee Gees; the North African plains turning into foothills and towering peaks to the tune of ‘Stayin’ Alive’.

Morocco is a photographer’s dream; the clear light of the Rif and Atlas Mountains, or the wide blue that stretches over the country’s baked interior and cries out to be captured. That’s before you encounter the exotics of medieval medinas and timeless souks. Anyone shooting film in Morocco should be aware; take as much as you can. In a nine-day trip I rattled off about 25 rolls, and that felt like I was barely capturing what was on offer. On a trip like this, I’d assume I was shooting three rolls a day, around 100 shots. There are times when you have to hold back and not rattle off a roll in a few minutes.

Chefchaouen’s medina might not have the bewildering complexity and size of Fez (some 13,000 streets, lanes and cramped alleyways are contained within its walls) but for tourists that’s probably a good thing – there’s much less opportunity to get completely lost. And for photographers, Chefchaouen’s open medina in the older, eastern half of the city means there’s a great deal more light to work with. Those blue walls, often draped with carpets and blankets for sale, help create bold photographs. The blue walls are a reminder of the city’s Jewish heritage; the blue was supposed to be a reminder of the blue threads used in traditional prayer shawls.

I brought along a handful of sadly now-defunct Kodak Ektachrome E100VS (Vivid Saturation) along with some brand new Agfaphoto CT100 Precisa, the offcuts of Fuji Provia rebadged and sold at around half the price of the Fuji film (and I can’t tell the difference between the two). Slide film has that depth of colour that even the best print film can’t match. I shot on a Pentax ES II, my standard travel camera, easy to shoot with and using Pentax’s beautiful 1970s lenses.

Chefchaouen is the gateway to one of Morocco’s biggest national parks, the Talassemtane, which stretches across the Rif Mountains; there are half- and full-day hikes bookable, or longer treks that take you two or three days across the mountain range. But Chefchaouen doesn’t need to be a springboard for treks across the mountains. There’s more than enough to see and capture for a couple of days, especially as this city’s laidback atmosphere makes it such an easy place to stay. It’s hard to get lost in the medina, the winding lanes all leading back to the main square, with its trees strung with lights; the haggling you’ll do with shopkeepers in a great deal more relaxed than you’ll do in Marrakech, for instance. No trip to Morocco should ignore it.

Check out more pics below, or in the Morocco album on Flickr.

(I stayed at a pension called Casa Elias; I absolutely recommend it)

Excellent details. And glad to see you’ve studiously avoided an entire set of blue shots. A shameful omission on my trip to Morocco – a good reason to go back and become immerse in its photographic riches.

Beautiful images. Back in the late 1960s, when Morocco and its kif drew rock stars by the dozen, Jimi Hendrix was very taken with Chefchaouen.

He had taste in Moroccan towns, Michael.

This is Ektachrome 100VS?? Whenever I shoot that film, it gets really neon and bizarre, or very green. I’ve never shot it without getting it cross-processed, though. I guess I’ll have to give that a go!

Yep, these are shot the normal way – E6, not Xpro.

Thank you – maybe the first film photos? Slide film does have a very different look.

Great post. I spent a lot of time working in Morocco in the early to mid-2000’s and it’s a wonderful country. Sadly I didn’t get to explore as much of it as I wanted so this was nice to read!