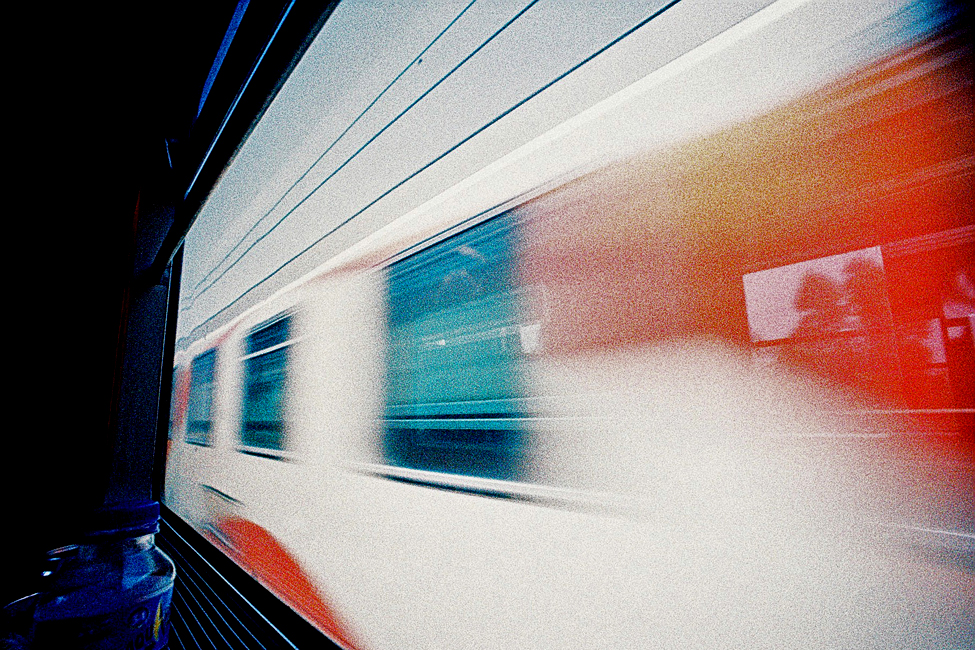 Cross-processed slides love light. Shoot them on a cloudy, overcast day and they can look dull and lifeless. They need bright conditions – hard electric lights or sweltering sun – to really sing.

Last month I spent a week travelling around Morocco, just as the desert spring was heating up. While it wasn’t quite the furnace it becomes in the height of summer – think 40C and then some – it was stark and bright. That’s perfect light for cross-processing.

Giving slide film the xpro treatment can be a hit-and-miss affair – some go green, some purple, some look just plain weird. But there’s one film – Agfa’s old Precisa consumer slide film – that is nigh on perfect.

I have a stash of about 100 rolls of this old film sitting in the freezer. When cross-processed it takes on a blue tint – blue skies become richer, and shadows deep and strong. It’s no accident that this is one of the films that helped build the cult of Lomography; the saturated colours and atmospheric grain are immediately eye-catching.

One of the cameras I took with me was my Lomo LC-Wide; it’s the latest version of he venerable Soviet-era Lomo compact that became such a buzz in the early 1990s. The Wide, as you can guess, has a lens a little wider than the standard Lomo – 20mm instead of 32mm – giving a fisheye feel up close and allowing a lot of the world to be crammed into every frame.

The LC-Wide is a great camera to shoot on the street with. It’s chunky but still small enough to stick in a pocket for times when you’re not wanting to lug around loads of gear. That makes it great for travel too.

Xpro calls for bright subjects, so Moroccan markets and medinas are a perfect backdrop. I loved shooting the famous tannery in Fes and the bright, dyed leather slippers waiting in patient rows for tourists. At night, too, the Lomo’s incredibly useful – in low light, it will keep the shutter open for as long as 30 second, allowing you to make trippy light trails, like this one from the Rif mountain town of Chefchaouen.

Most of my favourite xpro shots from this trip were from the train journey from Fes down to Marrakech – eight hours rumbling through sun-baked plains and past parched, rocky outcrops. Here, the slightly unreal colours of the film add a dream-like filter to these moment glimpsed in a split-second as the train zooms by.

There’s the guard standing alone near the track, station buildings tired and decrepit around him. There’s the donkey and cart dawdling across an almost empty Moroccan landscape, save for one lonely tree amidst the stones and heat. There’s the woman cradling her baby in an empty train corridor, the bright light pouring in through the windows, and the red-and-white blur of another train sweeping past. One of the central tenets of Lomography is shooting from the hip without overthinking what it is you’re shooting. If you’re shooting on film, then some Lomo xpro experiments

You can check out more of my Lomo shots from Morocco and Barcelona on Flickr, aswell as a review of the Lomo LC-Wide and some tips and tricks for cross-processing elsewhere on the blog.

love your first photo (the lights one). Morocco is always great for photographs.
I ordered a LC-wide last Sunday!