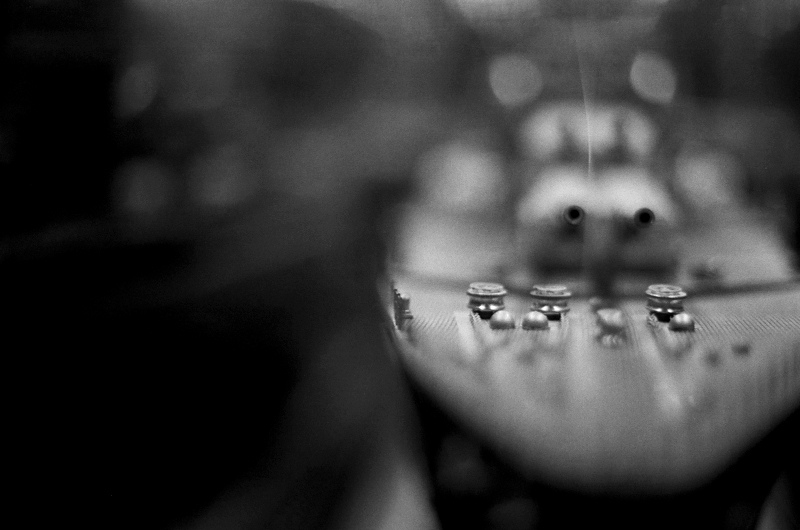 Travel photographers have to learn to expect the unexpected – snow in the middle of summer, a parade of brightly costumed people in a quiet street or blaze of colour which lights up an otherwise drab scene. The unpredictability of what may lie around the next corner is more than enough to keep you on your toes when you’re shooting digital. But if you’re pounding the pavements with film in your camera, it present a different set of problems.

I just spent a week in Istanbul, Turkey’s chaotic and charismatic former capital. Even in late November, the weather can be lovely – 20C and plenty of sunshine (even if it does disappear at 4pm), and there is always plenty to take pictures of on Istanbul’s brash and busy streets.

The one thing I’ve learned shooting film is pack for the surprises – if it’s blazing sunshine, always have a roll or two of black and white in case the clouds roll in, and some colour to hand in case of brightness on a dull day.

The above shot was taken on a day that was supposed to be sunny – perfect for a day exploring the Golden Horn, the channel of the Bosphorus which separates Sultanahmet and the Western Districts from the likes of Beyoglu, home to many of the city’s bars and boutiques.

I was expecting to rattle off a few rolls of slide film criss-crossing the Horn on the ferries, but after a few hours it started clouding over; thankfully, while I was near the Rahmi M. Koc museum on the Beyoglu side, and could dart inside before the clouds split.

The museum is essentially the private collection of Rahmi Koc, a Turkish industrialist who used to run Koc Holdings, a massive conglomerate which employs some 40,000 people in Turkey. His museum is full of everything from luxury speedboats to old Bugatti racers, steam engines to the personal effects of Turkey’s modern-day founder Kemal Ataturk.

I’m a kid of the 1970s – Airfix and Matchbox catalogues treated like sacred texts – so an afternoon spent in a museum full of planes, trains and automobiles ain’t no thing, as they say in The Wire.

Part of the Koc Museum is in an old factory, and one room is filled with models of ships of yesteryear – like this Ottoman-era battleship.

I only had one roll of black and white for my Pentax ES II – FPR, which is rated at 125 and good for bright but overcast days. But in a dim museum building, the only chance of getting a non blurry pic was opening the lens right up to 1.4. I aimed for the gun barrels, and everything else dissolved into a blur. To me, it looks like an underwater shot… a wreck coming into view, 50 fathoms down. And in colour, it wouldn’t look quite so compelling.