There are few TLR (twin lens reflex) cameras as iconic as the Rolleiflex (Vivian Maier, Diane Arbus, Cecil Beaton, Robert Capa, Imogen Cunningham all shot exclusively or at some point in their lives on the Rolleiflex) and the Zeiss Ikon Ikoflex never reached those levels.

First introduced in 1934 as the Ikoflex I (also known as the coffee can model, as it was designed like the German army coffee cans) it stood in firm competition to the Rolleiflex. It was continued with various designs and model names until WWII when Zeiss was split up and the Ikoflex remained with Zeiss Ikon in West Germany.

The model names of the Ikoflex are really complicated (model names and numbers were reused frequently). Anybody who wants to read more about the history of the Ikoflex and the different models should look at this website or Ivor Matanle’s excellent article on the Ikoflex.

I came to the Ikoflex when I was looking for a medium format camera. My brother-in-law has an Ikoflex and I was able to test it with a film. I soon decided that a TLR camera was just what I needed for some street photography and started looking for one on eBay.

In comparison to the Rolleiflex, or even the Mamiya C330 and the Yashica Mat 124G, the Ikoflex was much cheaper at the time, and I was lucky finding an Ikoflex I (850/16 – built between 1939 and 1951) for only 50 euros. It was pretty battered but it worked fine. So, off I went to shooting with the new camera

The Zeiss Ikon Ikoflex is a marvelous piece of German engineering. Some people even think it to be better than the Rolleiflex in terms of build quality. Zeiss Ikon’s engineering was highly regarded, but not enough to prevent the downfall of the camera department in the early 70s. In the case of the Ikoflex it made sure, that the camera could not be copied. It also made sure, that the Ikoflex has some very “special” features that you have to be aware of when shooting. 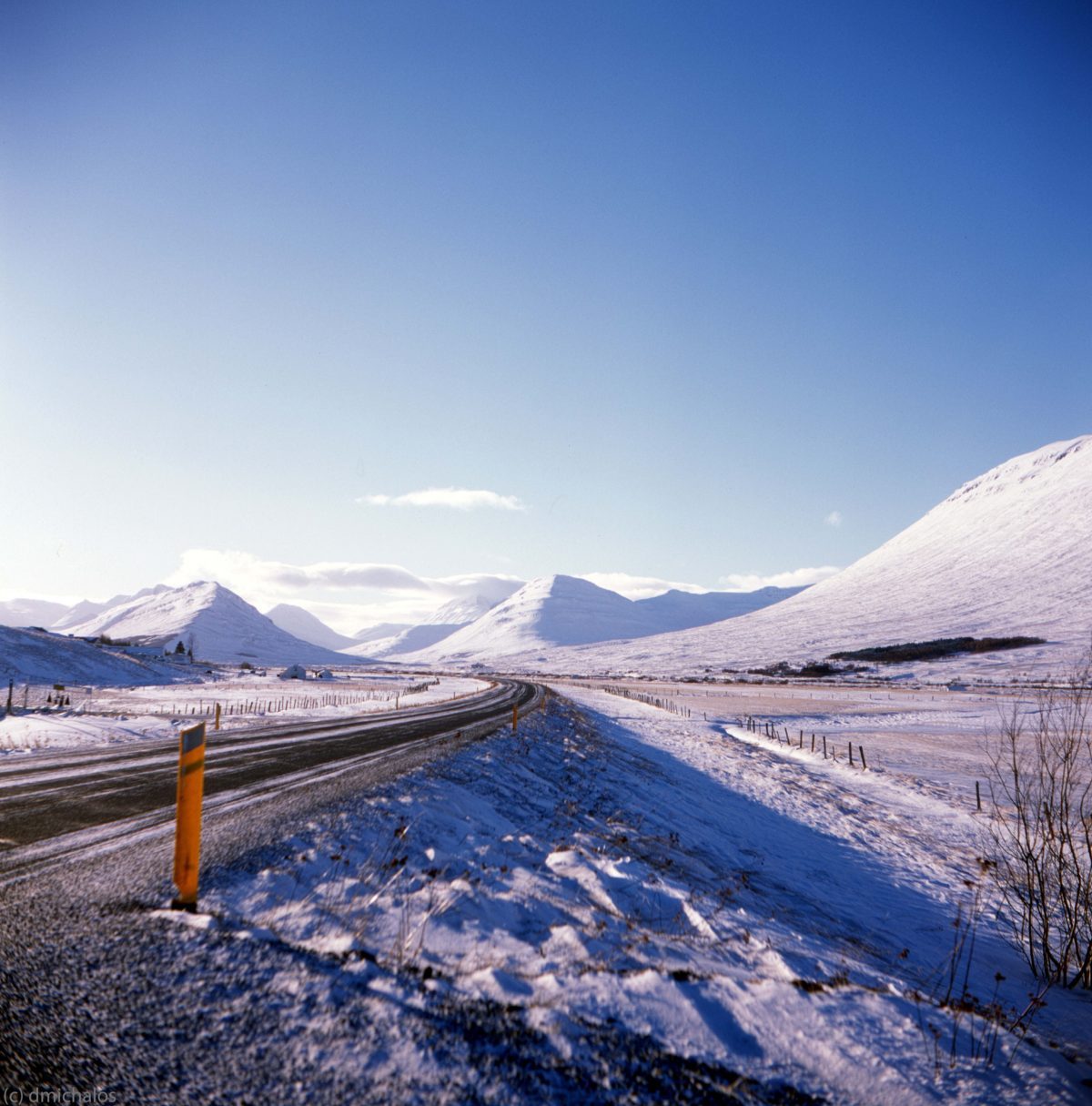 My Ikoflex is probably an Ikoflex I (850/16) built between 1939 and 1951, but sources are so confusing that I can’t be really sure about the production date. It is equipped with a Novar Anastigmat 75mm, f3.5 lens which renders fine. It can only take 120 roll film (so only 12 shots per roll), has a winding knob for advancing the film on the right side and the focus knob on the left side. 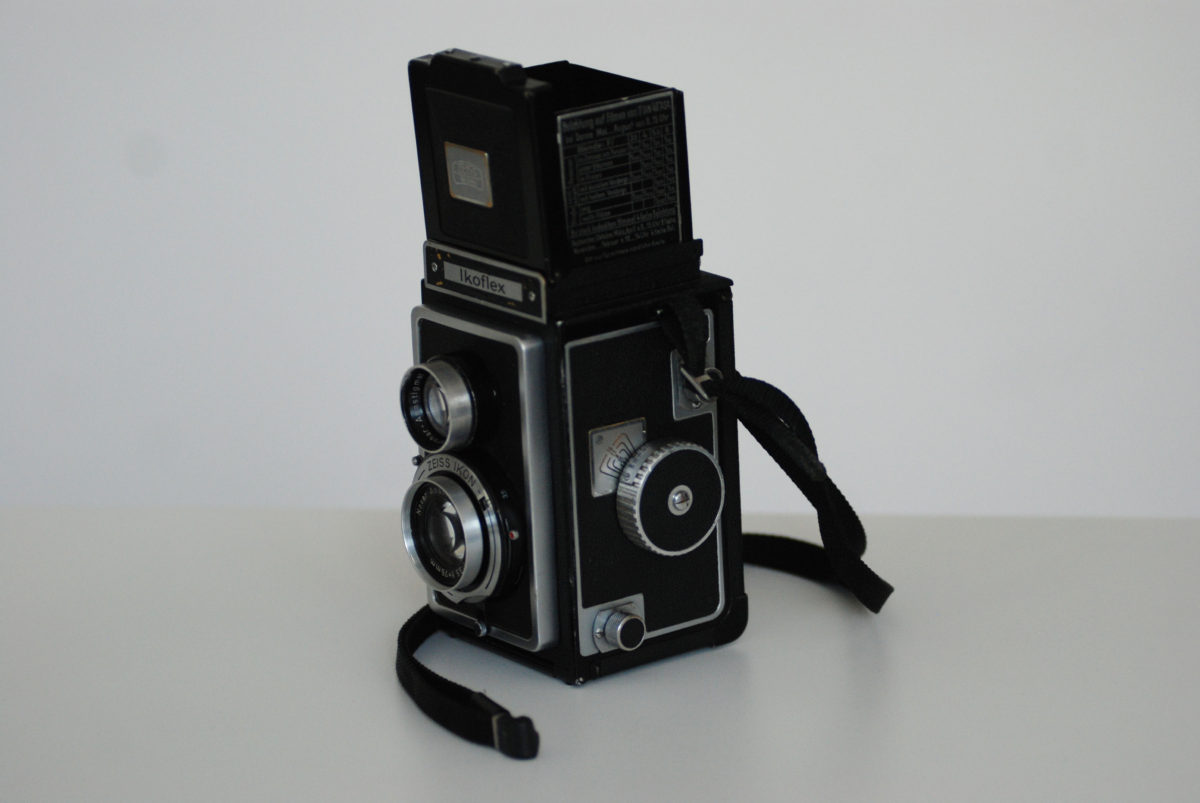 This is something I needed to get used to, as it means, that I have to set everything and then frame and focus. A short checking of the settings is not possible without turning the camera away from what you want to photograph. And when you’re setting the speed and aperture, here is the biggest hiccup of German engineering: don’t cock the shutter until you’re ready to shoot (at least on the Ikoflex I), because adjusting the shutter speed with a cocked shutter can actually damage the shutter mechanism. 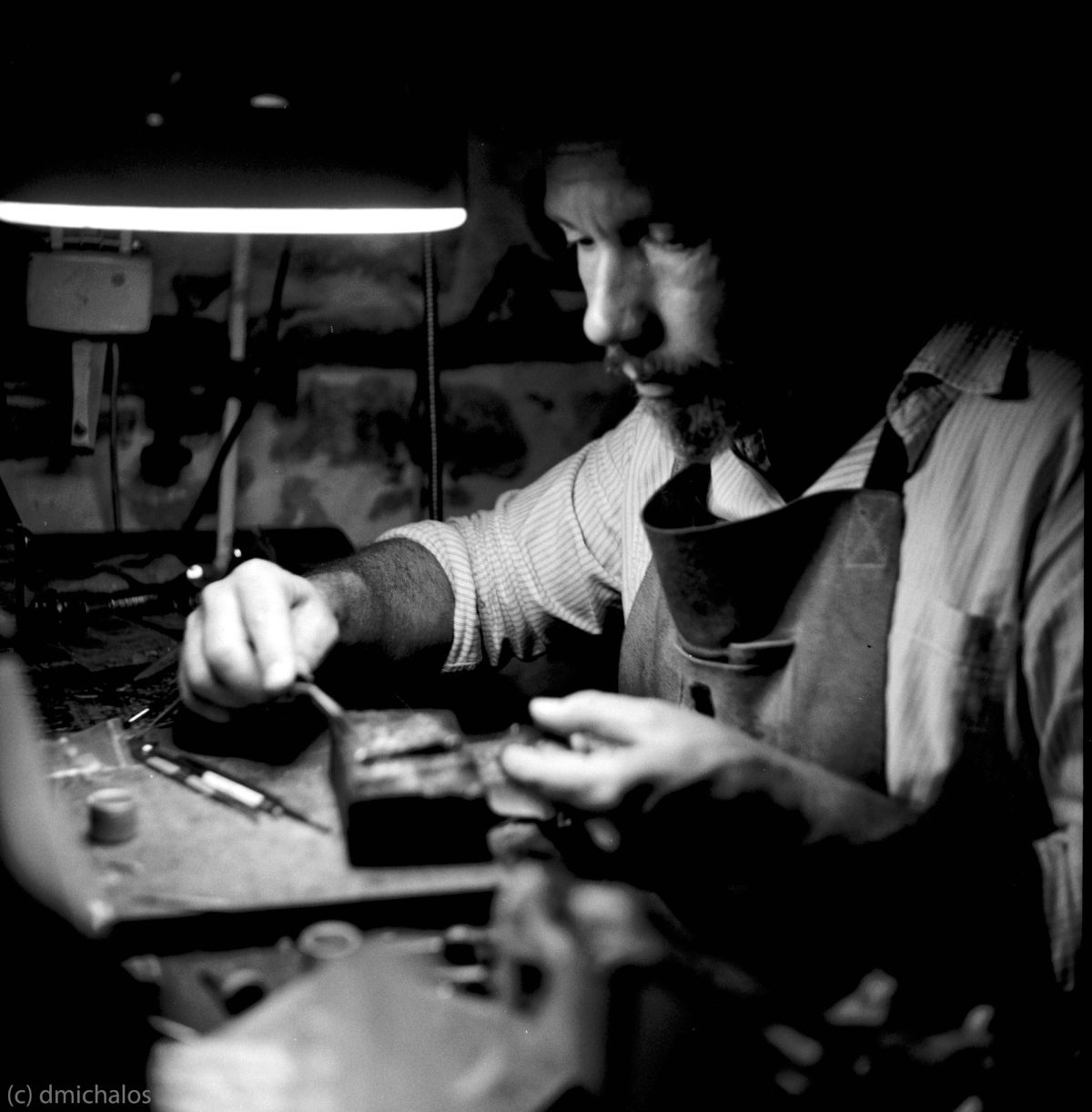 This is probably the biggest thing I needed to get used to, as I had to adjust my workflow and only cock the shutter right before taking a picture (sometimes I had forgotten to cock it and the situation flowed away in time).

But, what’s it like to shoot with the Ikoflex?

It’s easy and it’s complicated at the same time (for the above reasons). The camera is fully manual, so I either use an external lightmeter or the Sunny 16 rule. The viewfinder opens with a small lever on the back, which can be a little bit of a fumble. The four metal sheets fold up which is not as easy as with the Yashica Mat for example (where you just lift up the top cover). 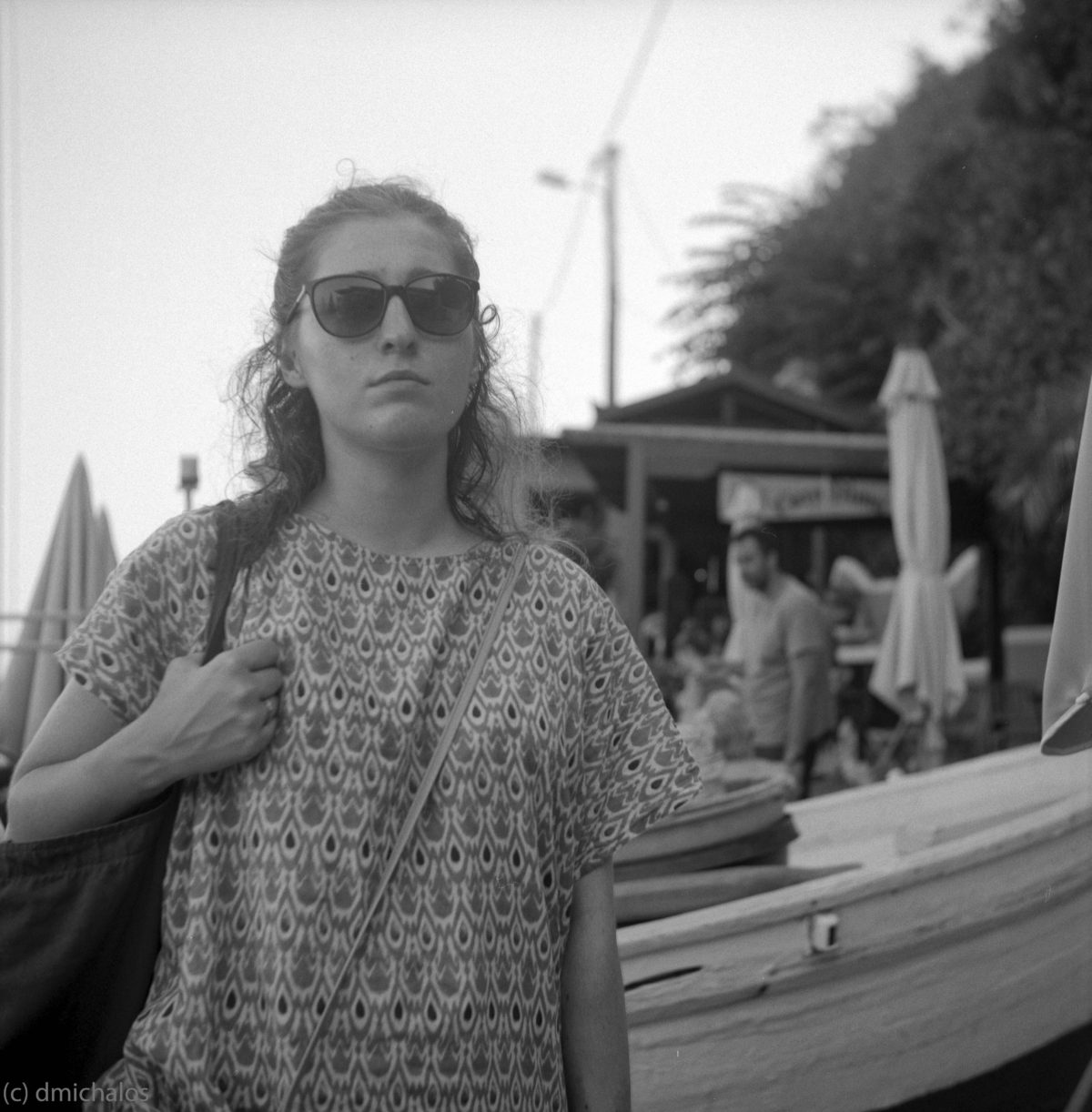 Once you’re started though it’s really fun. The viewfinder is very bright, there is a magnifying glass in the top cover for close-up focusing. Focusing itself is smooth with the focus knob on the left side, which felt very natural to me. The shutter release button is on the top side and lies in the right position for my hands.

The workflow of focusing, cocking the shutter and firing it feels good and I don’t need to change the camera in my hands. I really like that and it makes the camera very suitable for street photography in my opinion. The only severe problem I had (and still have) with my Ikoflex is the focusing: I still don’t know whether metering by distance (measuring) or through the viewfinder yields the sharpest results, because it is so inconsistent. 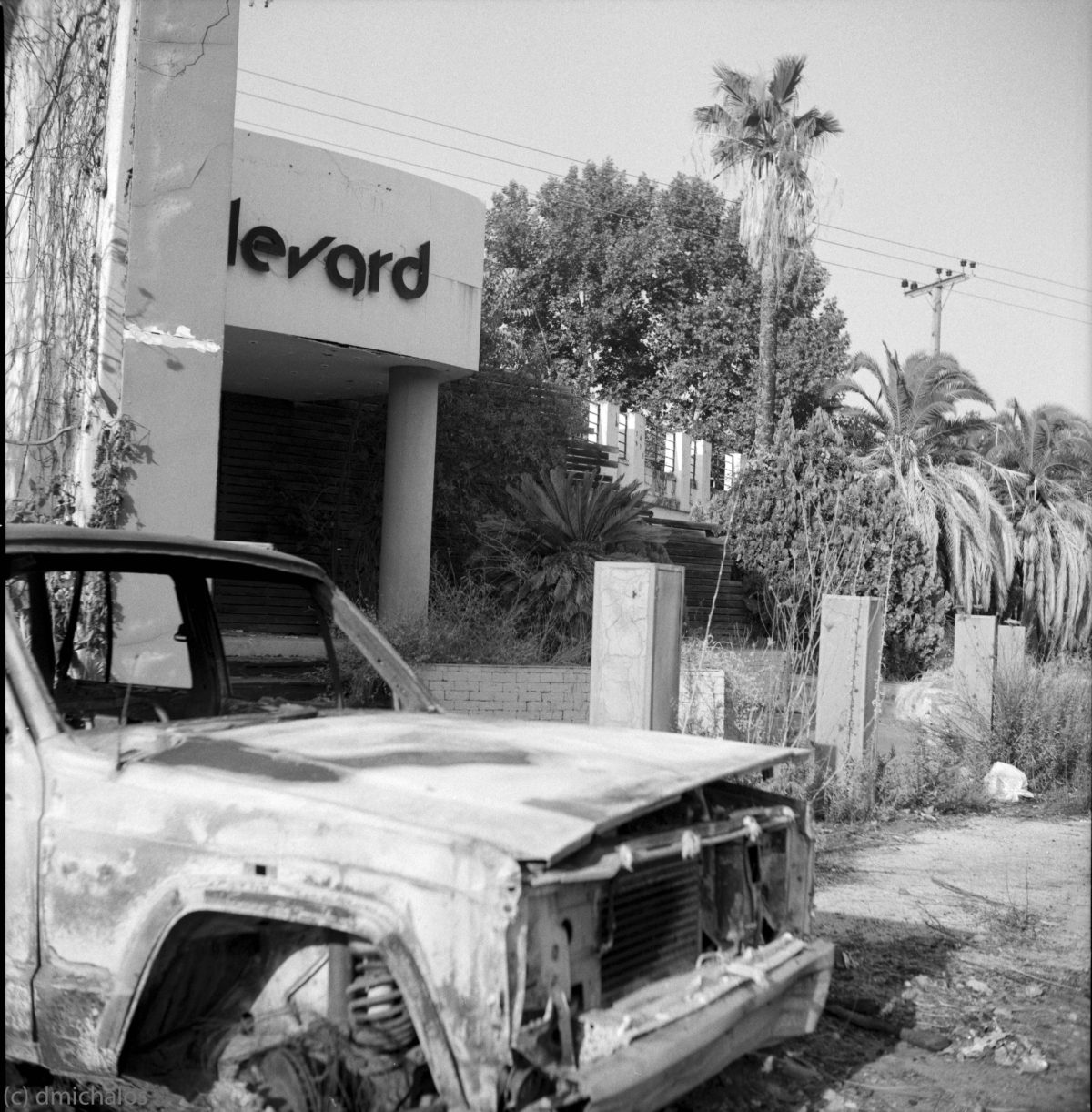 Sometimes pictures are off by a few inches, although they looked in focus through the viewfinder. This is definitely something I’ll have to look into in the future.

All in all, I would recommend the Ikoflex for anybody who wants to shoot street photography with a TLR – in my opinion the subtlest way of doing that – and doesn’t have the funds for a Rolleiflex or a Yashica Mat.

If you go for a Ikoflex IC you’ll even find a light meter integrated. Be aware though, that the Ikoflex is sometimes a bit complicated to handle. 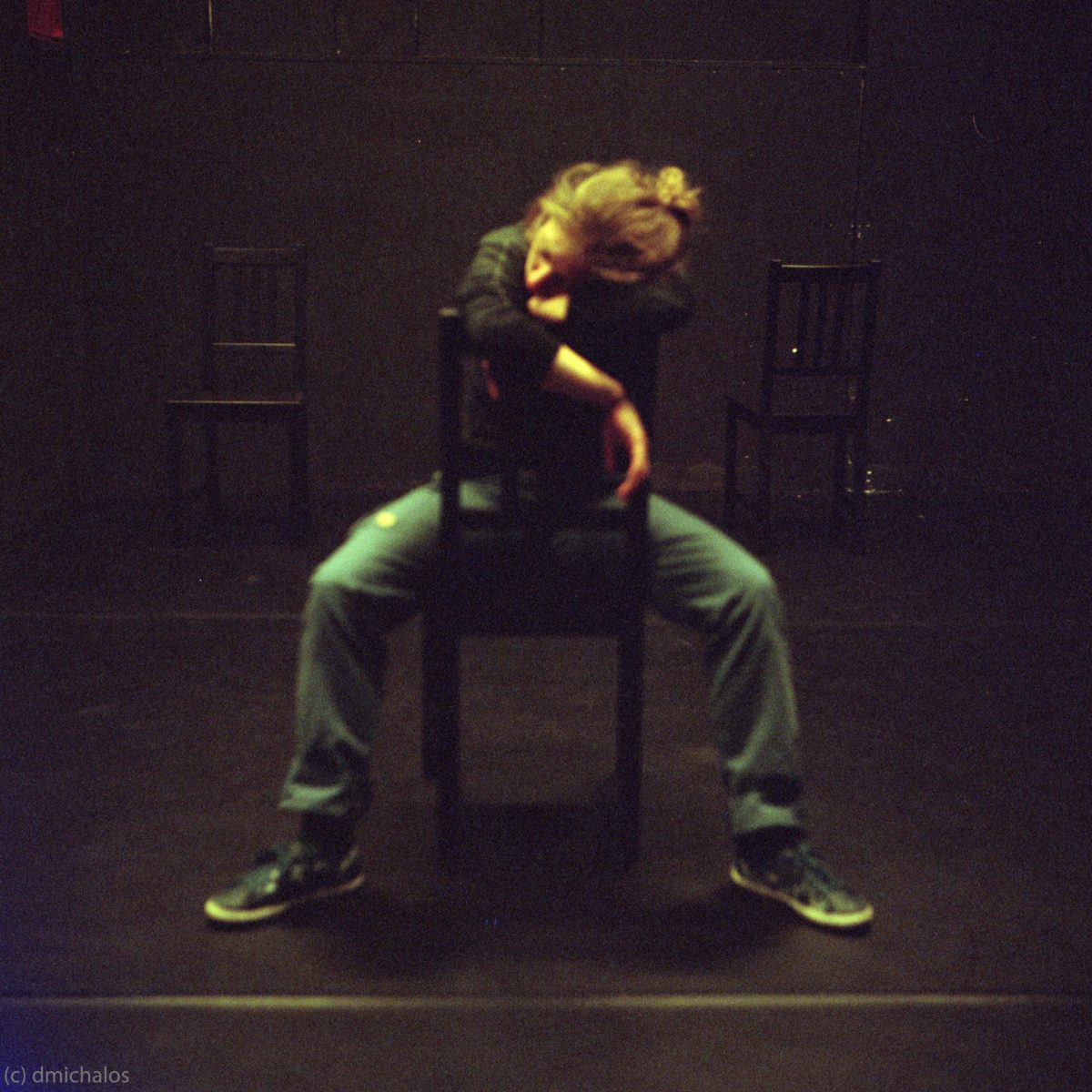 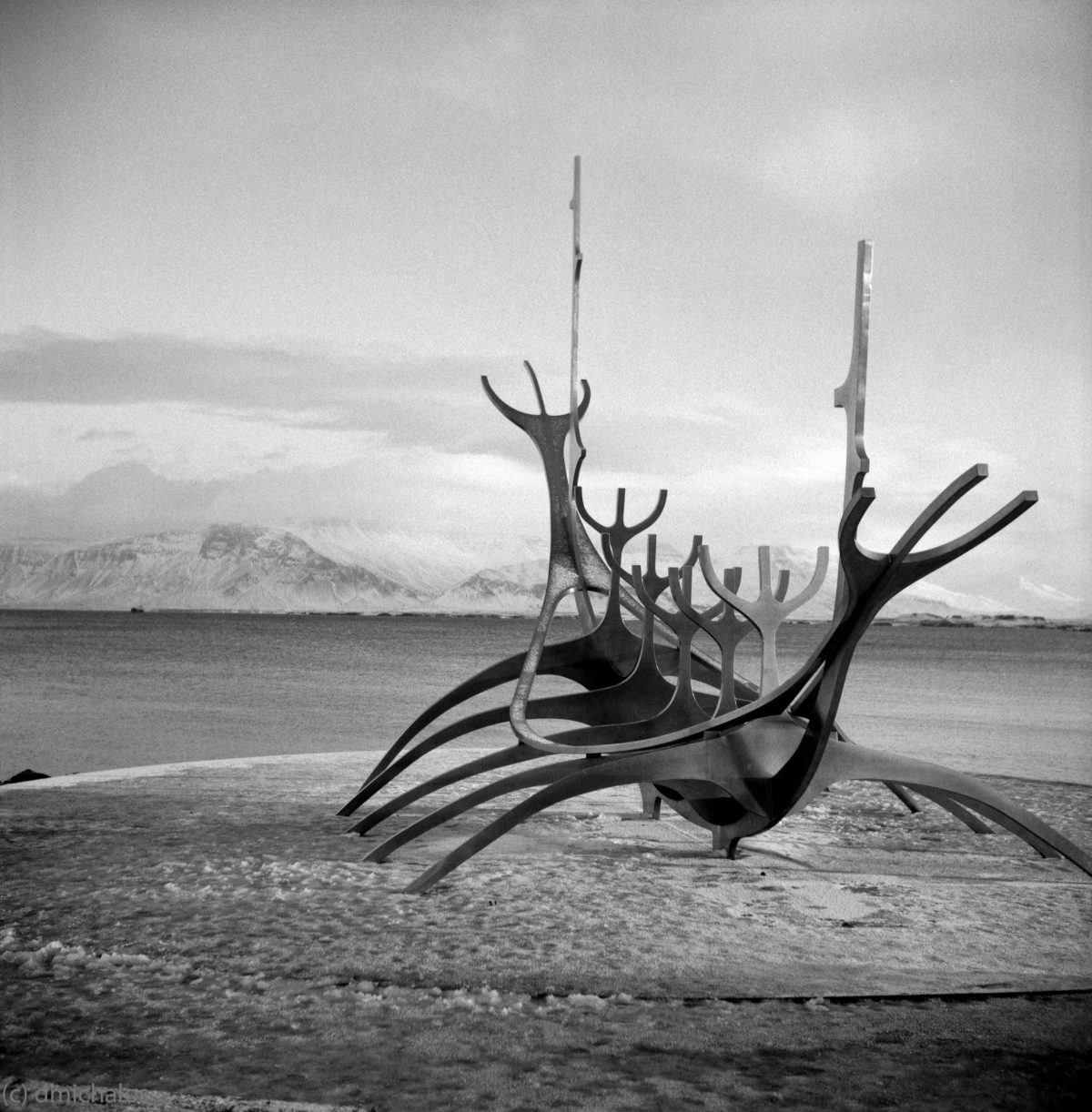 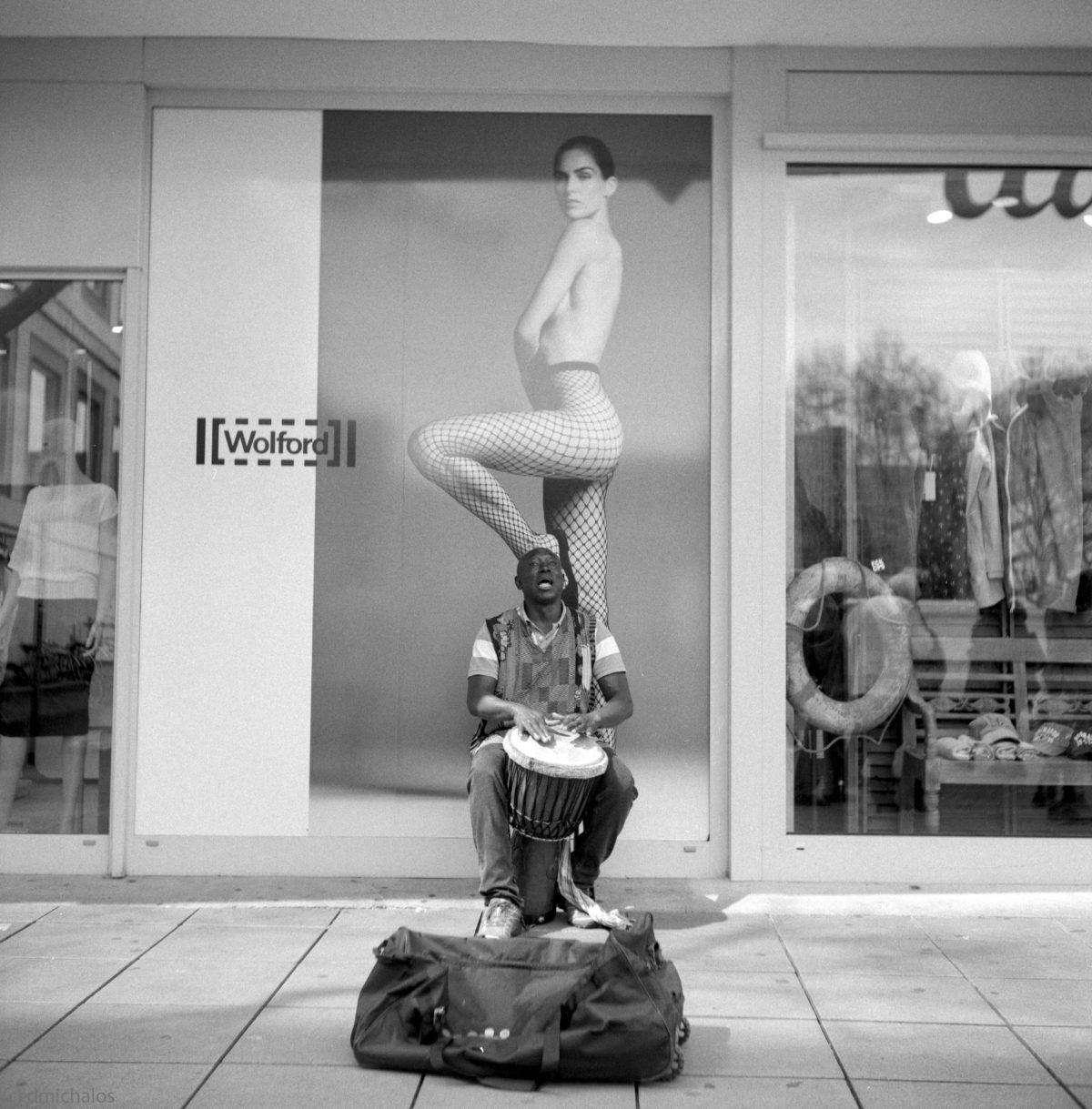 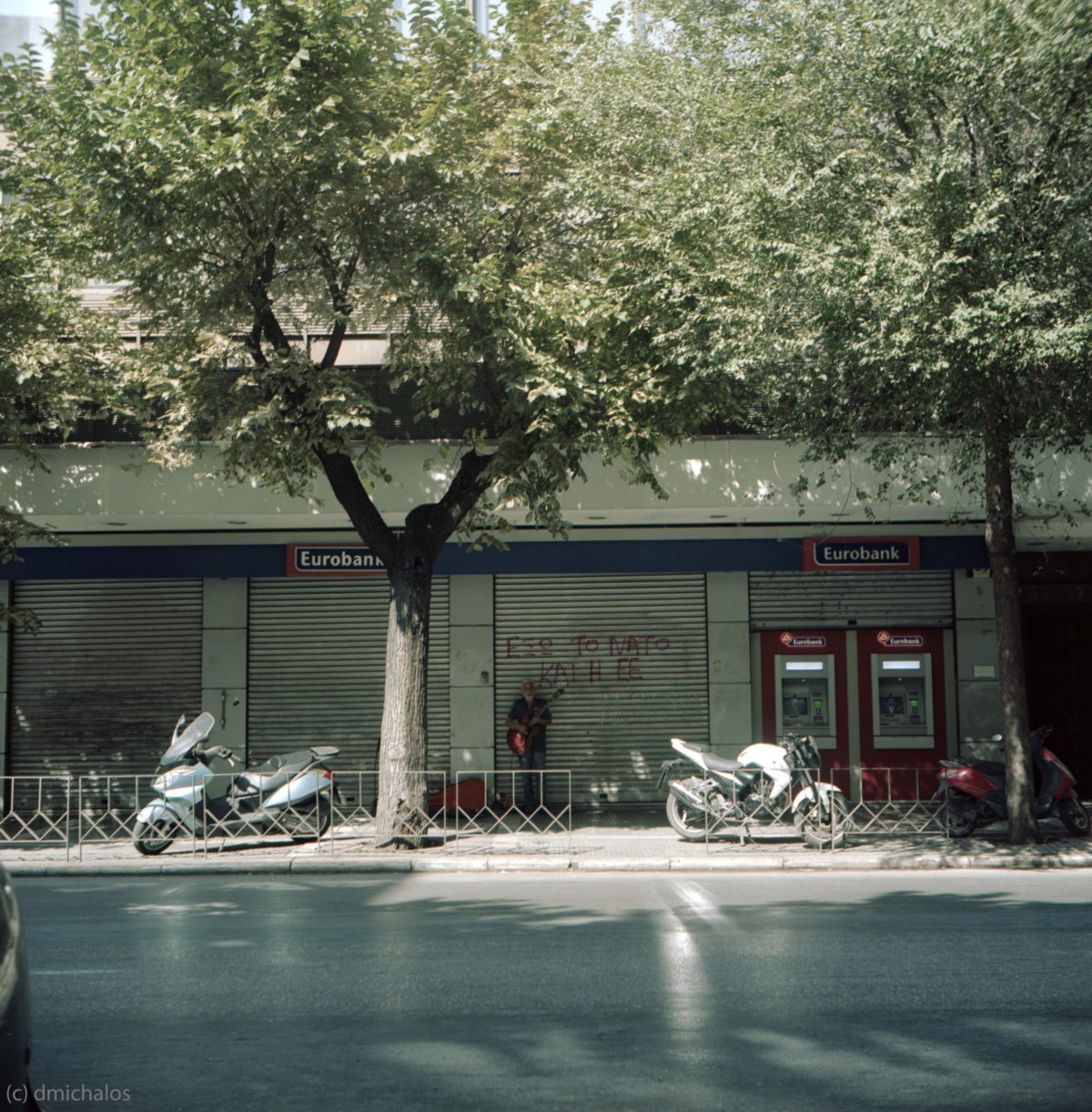 Thanks for the article. I wanted a TLR and didn’t want to spend the money for a Yashica Mat or the outrageous sums people fork over for a Rollie so after I read your article I bought a Ikoflex 1a I found on eBay for $125. Quite a find, came in its original box and I don’t think it’s been used. Love it (or at least once I had figured out how to wind the film forward properly).