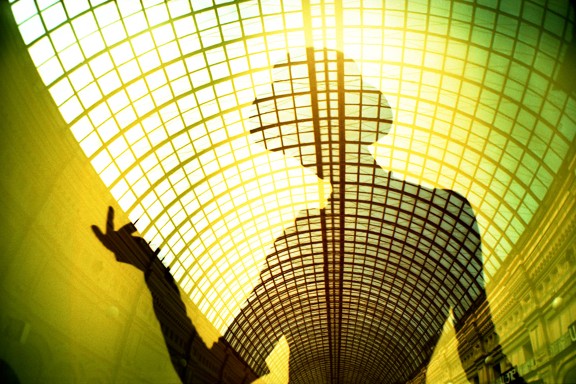 This is the latest in a series in collaboration with Film’s Not Dead.

They were the cameras built for curious fingers and enthusiastic, is sometimes clumsy, framing. The viewpoint at tabletop height or at eye-to-eye level with the dog.

Some were little more than simple plastic boxes with the most rudimentary controls, and the simplest of plastic lenses from which to view the world.

Some came in the shape of soda cans or cartoon characters – everything from Mickey Mouse to He-Man. Others were fashioned to look, from a few dozen paces, maybe, like the big grown-up Canons or Nikons your parents might be shooting with.

Toy cameras were the ultimate disposable novelty of the analogue age, built with few refinements.

Their images were often soft and put-of-focus, unsharp and dreamy. When the digital revolution took hold, you might have thought these would have been amongst the first casualties.

But toy cameras have stuck around; if anything, their popularity has increased in the last decade.

For many photographers too young for film the first time around, toy cameras are intriguing, even exotic.

Many toy camera models were sold for next to nothing, and their build quality was often, understandably, less than robust. Metal parts were at a minimum. These are plastic fantastics, right down to the lens.

Using a toy camera can leave you dealing with a number of faults that would normally put a camera into the repairers; but rather than declare them defects, these can be used to your advantage.

Light leaks: Toy cameras were built cheaply and weren’t designed for everyday, heavy duty use. Some bleed light onto the film straight out of the box. This can ruin photos but can, in some case, add to the atmosphere. Daylight shots on colour film can be transformed with splashes of saturated colour. Learn where your model is letting the light through and shoot accordingly (and keep a roll of gaffer tape ready for when you want things light leak-free.

Fuzzy focus: The lens in a Diana or Holga offers many things, but pin-sharp focus isn’t one of them. The plastic optics are often sharp only in the very centre of the frame, leaving hazy, dreamlike blur on the edge of the frame. The effect, with the right subject and lighting, can be sublime.

Double exposures: Modern film cameras had various features to stop multiple exposure, making sure you didn’t inadvertently shoot half your summer holiday on the one frame. With cheap toy cameras, this often isn’t the case. Frames can be shot over again and again. If you want to try double or multi exposures – a trick which can result in unique photographs – toy cameras are a good place to start. Sites like Flickr, Lomography.com and Tumble are full of inspirational examples.

Expired films: The soft, indistinct lenses that many toy cameras are armed with really lend themselves to expired films and alternative processes like cross processing. The less saturated colours can really work well with dreamy-looking softness. Cross-processing colour slide films in negative chemicals – a tried and trusted trick of the Lomography movement – can also give you fantastic results.

Raising a Flag Over the Reichstag: How an iconic 20th Century image was taken

An xpro Easter on Zenit SLRs