Minolta might not have been as iconic a camera company as Japan’s Big Four – Canon, Nikon, Olympus and Pentax – but it made many fantastic cameras in the 75 years before it merged with imaging giant Konica.

It was the first cameramaker to introduce integrated autofocus on an SLR (the Minolta Maxxum 7000), rather than the far more clunky version built onto a lens. It’s long relationship with Germany’s Leica created cameras like the Minolta CLE, a compact auto-exposure rangefinder considered one of the best film cameras ever made. It’s Dynax-series SLRS of the 1990s included the Dynax 9, a tough-as-old-boots pro-level camera every bit as good as cameras being made by Canon and Nikon.

Many photographers, however, will remember Minolta for the SRT range of SLRs; they were manual focus cameras from the same age as the Pentax Spotmatic and Olympus OMs. The Minolta SRT 100X is one of them.

From 1966 to 1981, Minolta released 26 cameras built to use its Minolta MC lenses – lenses that communicated with the camera so that the photographer could compose and meter with the lens wide open. The SRT range began with the SRT101, released in 1966 and in production for the following nine years.

The SRT101 had a secret weapon; Minolta’s ‘Contrast Light Compensator’, which monitored the brightest and darkest parts of the scene, evening out the contrast between shadows and highlights. It meant more shadow detail was kept. It could meter from ISO 6 to 6400 (no mean feat for a 1960s camera) and a viewfinder metering system that took into account shutter speed, aperture and ISO. That’s something we take for granted today, but was a genuine step forward for photographers back then.

The SRT range was continuously refined throughout the 1970s. All of them came with some standard features; an incredibly bright finder, a battery test button which showed if your battery was still reliable enough for metering, and a cloth shutter with speeds up to 1/1000s. If the battery went dead, the only thing you lost was metering – like most SLRs of the time the shutter was mechanically timed.

SRT 101s became rightly respected; photographer W Eugene Smith took one of the most powerful pictures of the 20th Century, Tomoko Umeara in Her Bath, on one, while covering the effects of industrial mercury poisoning on Japanese fishing villages. 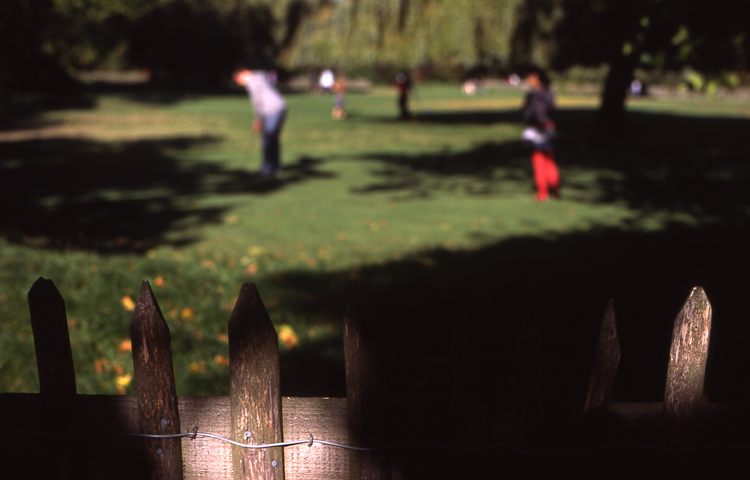 Some of the line were more refined, like the SRT 202 and SRT 303 of the mid-1970s. But Minolta also put out a somewhat stripped-down version called the SRT 100, intended for the amateur market. This had a fastest shutter speed of only 1/500s, no mirror lock up and no self-timer, and it got rid of the shutter readout in the viewfinder. With so many old SRTs still working today – and available for not much money at all – this budget model seems to have been overlooked.

At the end of the SRT production run, Minolta’s engineers took the SRT 100, and gave it a bit of an update, creating the SRT 100X. This increased the fastest shutter speed to 1/1000s – the same as the pro-level models – and added a hot shoe. It turned out to be the last camera in one of film photography’s most under-rated lines. 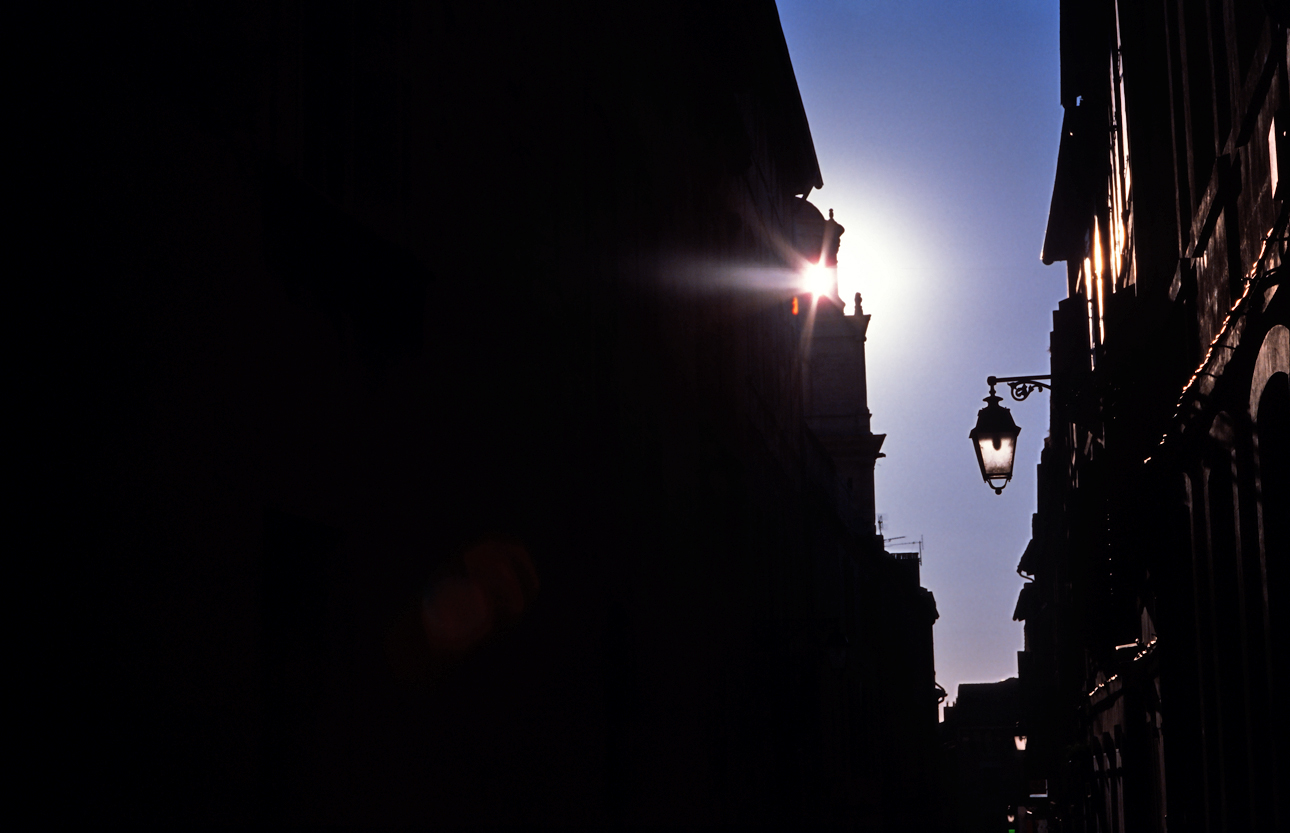 The SRT 100X, like the earlier SRT 100, tends to get overlooked these days. A secondhand ‘pro’ model like the SRT 101 or 202 is unlikely to cost you much more these days – SRTs don’t have anything like the recognition of Nikon Fs, Olympus’s OM cameras or even the Pentax Spotmatic. Jump on eBay and you’ll see what I mean – working models, sometimes with the superlative 58/1.4 lens, can be had for as little as £25.

I bought my SRT 100X a few years back at London’s Photographica fair. It was £25, complete with a 58mm lens. Everything worked just as it should; even the seals were still light-tight. Though I’d shot a few rolls with a faulty SRT 101 I’d found in a charity shop, this was really the first time I’d got to grips with an old Minolta.

The SRT 100X is a chunky camera – it’s almost all metal, with very few plastic parts. It’s hardly compact – it towers over contemporaries like the Nikon FE or the Olympus OM-2. But that solidity is pretty reassuring. The 100X might be a budget model, but it doesn’t feel cheap.

The SRT 100X has some features that much more expensive film SLRs lack. ISO up to 6400 is nothing to be sniffed at (that’s as far as my 1990s-era F100 goes aswell) which makes it great for shooting in poor light; if you wanted to push black and white film up to 3200 or 6400, this camera would be perfect.

One of the drawbacks of the SRT101 and its pro-range brothers was that its shutter and speed indicators in the viewfinder were extremely hard to see in low light. By getting rid of these – and simply having the match needle indicator on the right hand side – makes it much easier to use; just make sure you set the shutter speed to at least 1/60s to make sure there’s no camera shake.

The SRT 100X could be a perfect starter camera for those who haven’t used film before. The SRT range doesn’t have the kudos of Canon or Nikon, possibly partly because the Minolta name is no longer with us – the Konica/Minolta camera division was bought by Sony a decade ago.

The Contrast Light Compensator system was kept for the first batches of SRT 100Xs; that means the camera will help even out the exposure in heavily contrasting scenes, which is of real help if you’ve not had much experience with film. If your SRT 100X has the letters CLC on the front, above the lens, that means it’s one of the early models fitted with the system. 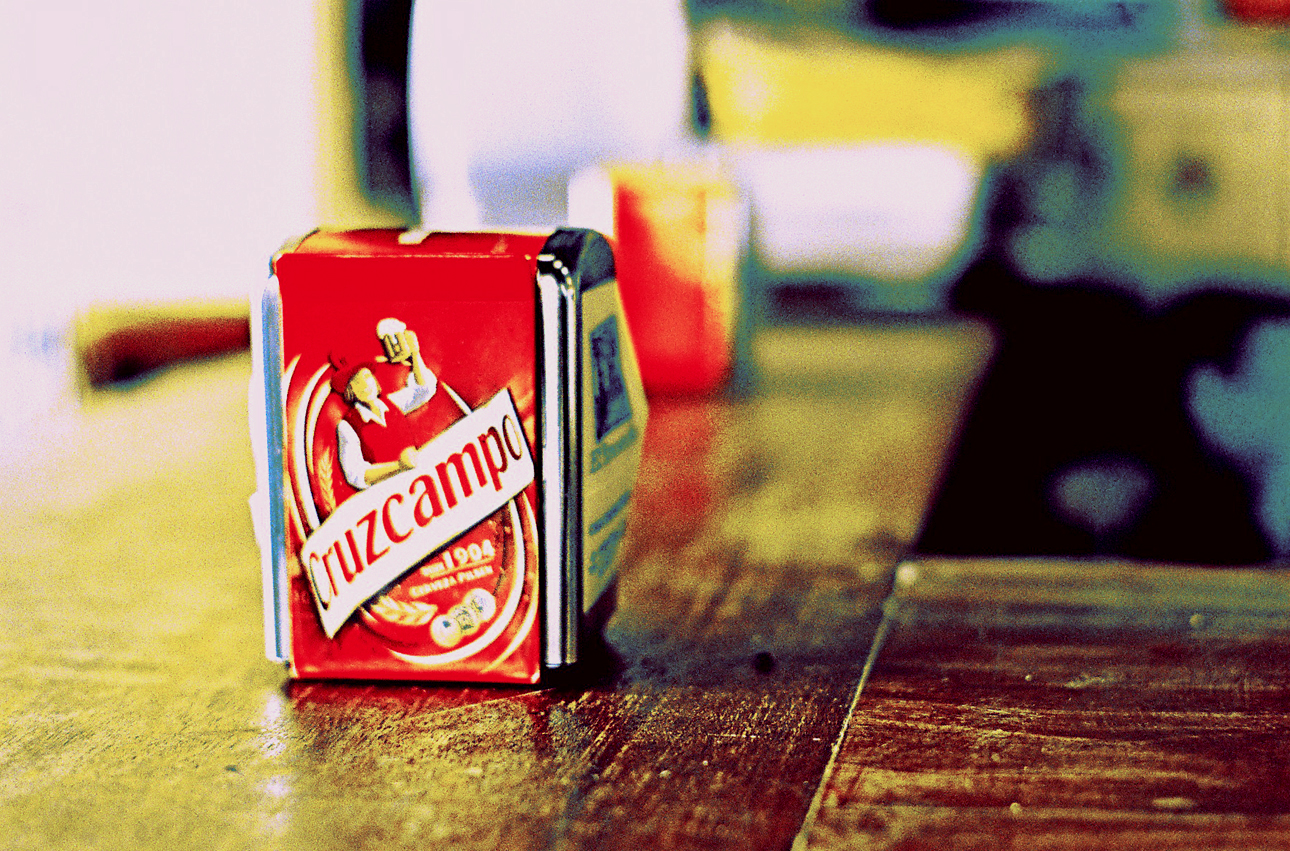 The SRT range simple to load – like Canon’s Quickload system, Minolta created a take-up spool that’s very easy to attach the film to. Winding on is as smooth as silk – Minolta cameras were created with a German ethic of engineering, and it really shows.

I shot a lot on the SRT 100X after buying it back in 2010, taking it to shoot the Notting Hill Carnival in 2011. The heavy clunk of the shutter might normally make this SLR a bit too conspicuous for candid street photography, but at the Carnival, that doesn’t matter. The 58/1.4 is an absolutely fantastic lens, sharp and with little distortion, and a beautiful creamy bokeh when used wide open. It might be a little too ‘portrait’ a focal length for many street photographers, it’s great for picking out detail in crowded places like Notting Hill on Carnival weekend.

The SRT 100X sat in the camera cabinet the last few years, but last year I took it with me on a bunch of trips out of the UK – to Arles in Provence, Seville and Istanbul. It’s a great travel SLR because it’s so robust, though it’s going to take up a fair bit of room in a small camera bag. Make sure you invest in a decent wide camera strap; the SRT 100X weighs about 700g, and that’s a lot of weight to pull down on a thin strap.

For the kind of money you’d usually expect to shell out for a Zenit or a Praktica, you can buy a camera that represents one of the golden eras of camera design; and one that’s robust, reliable and easy to use. If you’re looking for a no-frills SLR, this really is a steal.

* If you’re interested in more details on the Minolta SRT range, check out the fantastic Rokkor Files website.

Hey John – never shot with the Maxxum…. good that you’re still getting pics out of it.

What a great love letter to the SR-T series and the 100X in particular.

Hey Jim – the X-700s another I want to have a play around with. I agree with the SRTs…. there’s so little to go wrong. And because they don’t have the recognition of the Nikons and Olympuses, they’re still pretty cheap.

Love. My mom had a Minolta XG-A and I grew up with that camera, that was my first real exposure to photography (pun intended). Most of the best deals I’ve found in used cameras have been with Minoltas, and an SRT-MCII was my main camera when I took my intro to photo course. And their film scanners were top-notch as well. I recommend Minolta to beginners whenever they ask.

Hey Joe – I was going to get a Minolta 5400 before I managed to pick up a Coolscan V – everyone I know who’s used one says the Minolta scanners are fantastic.

I second Jim Grey’s “Love Letter” comment. I am happy to receive links of each of your new film-loving posts, and while I have “too many” SLR’s, I’m seriously tempted to investigate owning one of these, especially for the quality of build you’ve cited and that exquisite looking 58 mm f/1.4. Thanks for a great article.
-Steve

Quite welcome! I notice in ebay listings several bodies that look very clean but wondering if there possibly are different versions of the lens. Just want to be certain the one I’d purchase works with the camera’s full-aperture metering. So, could you advise what the nomenclature is on the front of your 58/1.4?
Thanks again for the engaging posts!
-Steve

Hi Steve – I’ll have a look over the weekend and report back.

Wonderful review! It has been convincing enough for me to add an SRT to my collection.

I stumbled upon your website and have been thoroughly enjoying the read. The old Minolta cameras were great. I think you have inspired me to put aside digital, dust off my Minolta X-370, purchase a few rolls and start shooting film again!
Cheers,
Brian from Newmarket (Canada)

Great article and wonderful pictures! I love the bokeh and the grain! 🙂

Great review of these cameras. I got a Minolta SRT100x from my father, who was a professional photographer many years ago. I learnt to take photos with it when I was 14.
I adapted a Minolta MD lens to my Nikon D3000, and it works great, although I have to make all the adjustments manually, but it’s an excellent way to learn.
Maybe I buy some rolls and use this camera again.
Greetings from Spain.

Hey, I just found my dad’s old Minolta SRT100X camera in my grandma’s house. A beginner in photography, I am completely lost. What kind of films do I buy?