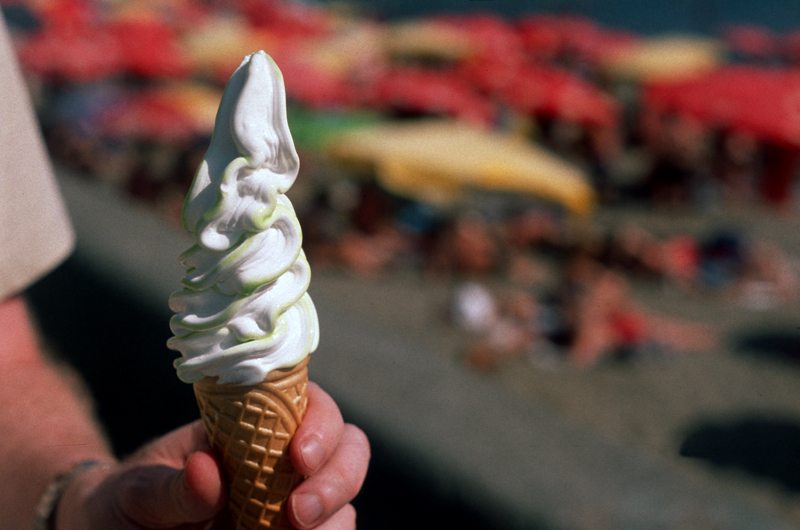 This is the eighth article in a series in collaboration with Film’s Not Dead.

Spare a thought for the film photographers from decades past, learning their way without all the helping hands we take for granted today. Few cameras – except the most expensive – had any kind of meter built in. Photographers, if they had the money, had to make do with handheld meters (if they could afford one) or guess the exposure.

This was easier said than done considering many cheaper cameras had only a few speeds and apertures. Photography with the likes of a Kodak Brownie or an Agfa Clack could feel like guesswork. But there as a simple trick for taking perfectly exposed pics. And it’s something that still works a treat today.

The Sunny 16 rule might be the simplest piece of technical advice you can learn in photography. What’s more, it’s pretty much foolproof.

Sunny 16 is a mathematical equation that allows you to expose properly in outdoor lightning conditions. The rule means that for bright sunny weather – the kind you’re likely to find on your summer holidays, when most people were taking photographs – you set the aperture to f16 and the shutter speed as close to the ISO of the film you are shooting with; if you have 100 speed film, set the camera’s speed to the 1/125th. If your film is ISO 200, set the shutter speed to 1/250th. “Sunny weather” means bright sunshine with clear and distinct shadows.

The Sunny 16 rule doesn’t end there; the right exposure for other lighting conditions can also be worked out – right down to overcast days. The table below gives a good indication.

The Sunny 16 rule might seem archaic given that, with a few clicks, a light meter app can be downloaded for your smartphone. But learning it allows you to understand light, and confidently expose for the conditions. And getting the exposure right is often half the battle.

In bright sunshine, where your subject isn’t hidden in shade, the Sunny 16 rule will stand you in pretty good stead.

But it’s also a brilliant tool for shooting on overcast days. Living in London, I see a lot more of those than I do sizzlingly sunny ones.

Because Sunny 16 is a basic mathematical rule, it is predictable – and flexible. The above shot was taken on 400 ISO film rated at 3200; that means it’s pushed three stops and needs either a shutter speed three times faster, or an aperture stopped down three extra stops…. I double-checked with a handheld meter, but my basic calculation was pretty much on the money. Sunny 16, it turns out, is Cloudy 16 too.

I use the Sunny 16 rule all the time with my old film cameras. If in doubt bracket. Works great.

“Sunny 16” works really well. I recently shot a roll of long-expired Fuji Superia 100 with my all-mechanical Fujica Compact Deluxe rangefinder (which has a faulty meter), treating it as ASA 50 film and everything turned out surprisingly well. This will allow me to gradually become battery-independent and fully enjoy my mechanical vintage cameras not caring about dead or inaccurate light meters. I agree it works best on overcast days and I guess negative color film with its wide exposure lattitude helps a lot. If in doubt, always overexpose a bit or bracket. By the way, if you come across… Read more »

I’ve only just started using Sunny 16, but I tend to err on the side of overexposing slightly for most regular film anyway. Even easier when an old lens doesn’t have click stops. The biggest challenge so far is exposing for near sunset conditions with areas of shade. For this, I am opening up 3-4 stops depending on how strong the twilight sun is. Australian sun can be unforgiving in this regard.