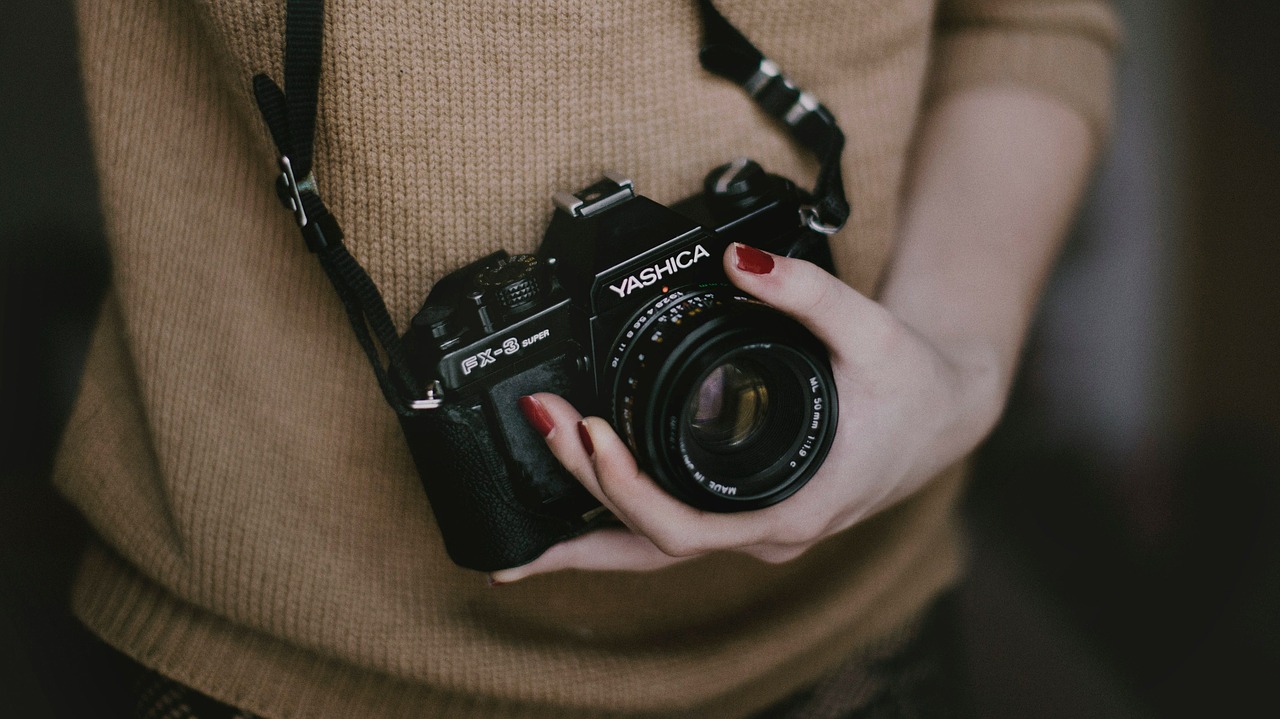 This is the second article in a series in collaboration with Film’s Not Dead.

Zoom with your feet. It’s probably the best single piece of photographic advice you’ll ever receive, whether you shoot film or digital.

Photography courses and knowing camera shop staff the world over will tell you the same thing – ditch the zoom lens, and use one prime lens for a few months; which focal length you choose is your decision, but the best is a standard, somewhere between 45mm and 58mm. You don’t take it off your camera, and you learn to see the world through it.

I started learning photography properly 15 years ago, on a set-up that wouldn’t have been out of place in the 1960s; an SLR with a simple centre-weighted meter, and a 50mm lens. I didn’t even think about buying a portrait lens or a wide-angle for six months, until I went on an island hopping holiday in Greece. In those months I learned the limitations of that fixed view of the world, and that I had to move myself around to change the perspective.

It’s a learning process that countless photographers have learned over the years, especially decades back when camera gear was relatively more expensive to the average person.

There are very simple reasons why this set-up works. You learn to see differently, not only through the camera lens but outside of it, especially if you are using a standard lens. Just like writers who learn the discipline of writing a little every day, the shooting day in, day out with one lens gets you seeing the world through a familiar frame. Even with the camera away from your eye, you start seeing scenes unfold.

You travel light, no spare lenses to weigh you down. If the weather’s fine, you don’t even need a camera bag, just a jacket with pockets to stuff your film in.

It’s a good discipline to dip back into. The pics below were taken on an old Soviet Zenit E on a trip to Italy’s Amalfi coast a few years back for a wedding. The Zenit had an old Pentax 55mm lens attached, and I shot every roll with it. This is great practice for travel photography – it gets you involved in the scenes you’re photographing, rather than observing from a distance.

And there’s another very good reason to keep to the one prime rule aswell; if you’re shooting on an all-manual camera, be aware that early zoom lenses were a far cry from the quality we see today. You had to spend a serious amount of money to get results that came anywhere near close that of prime lenses. Better quality lenses means better quality pictures – and when you’re starting out you want anything that adds to your frustration kept to a minimum.

It also starts making you look for new vantage points – walking around a scene, closer, or further away, to find the right spot. All of that is adding to your toolkit, the experience you’ll bring to your photography in the years and decades to come.

The other good thing about this is that you don’t spend too much money on lenses early on – and that, ultimately, means more money to spend on film and processing.

More in the series

Shooting the urban landscape with a fixed lens Hasselblad (80mm) I have to forgo a lot of shots and search out those for which the camera is suited. I simply can’t get close enough because of fences, etc. I still shoot with it and enjoy it. The interesting thing is when I switch to a dslr with a zoom, it’s like a whole new world opened up. Is one preferable to the other? No! They are just different.

That’s a fair point and zoom lenses do open up more possibilities. I now shoot only primes because I enjoy the quality they provide and I don’t have the cash for zooms with the quality I want. But, limiting yourself to a single focal length is challenging. You look for new angles and perspectives because you have to. Without discipline, a zoom can lead you astray. But, there is no “best” way in photography. Perhaps there are better ways, but we are talking about art for the most part and the method towards the end result is appreciated by only… Read more »

[…] Stephen Dowling gives some solid advice: ditch the zoom lens on your SLR for a 50mm prime and zoom with your feet. You’ll learn a lot about your camera and do better work. Read 52 Photo Tips #2: One camera one lens […]

Agree with your posit however, the lure of the zoom lens is so strong to beginners. They’re also confused about what their photographic voice is so the zoom lens means they can “do it all”. Me? I use all fixed lenses. I’m not confused.

You have given me a very awesome idea and I shall take it up as a challenge for quite sometime now. One camera, D3100, I dont own others yet, and one lens, the 50mm f1.8 manual. You have been an inspiration. Thank you 🙂
If you would have some time, do have a look at some of my works, your feedback shall be coveted. http://www.senkaustav.wordpress.com

Hi Senk. Glad it was of help. I’m afraid I don’t have much time at the moment to devote to reviewing other people’s portfolios (I’d prefer to be doing it for people who shoot on film if I’m totally honest) but drop me a line at zorki.dowling@gmail.com. Cheers S

🙂 thank you , I ll send you some photos soon

I just found this site and am enjoying trawling through the posts. I love using just one lense it it frees you from thinking of “all” the possibilities and instead you think only of the possibilities that one focal length provides, then you get creative. I’m curious what film you used for the photos above, it’s beautiful and quite well suited to the bright Italian setting